How to Switch Characters | Pikmin 3 Deluxe 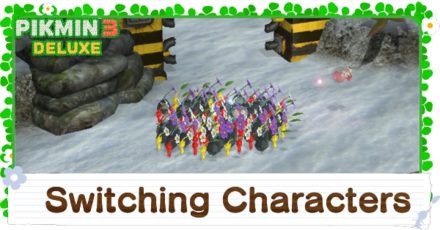 This is a guide on how to switch characters for the Story Mode and other game modes in Pikmin 3 Deluxe for the Nintendo Switch. Read on to learn more about how and when to switch leaders, and how to make use of the Go Here command. 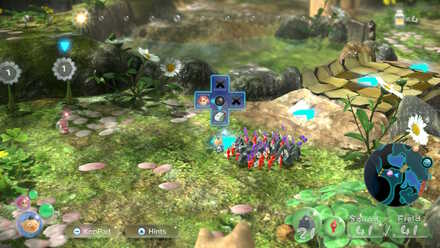 The ability to switch characters in Pikmin 3 Deluxe greatly benefits the player as you can command multiple characters at once, speeding up the tasks that you need to accomplish. Therefore, switching between leaders frequently is essentially to getting work done efficiently. 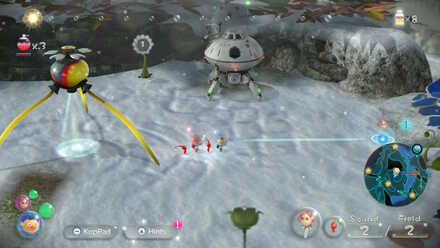 First, make sure that the character you want to switch to is not in your party. If they are currently in your party, use L or R until the leader icon pops up, then throw them with A. 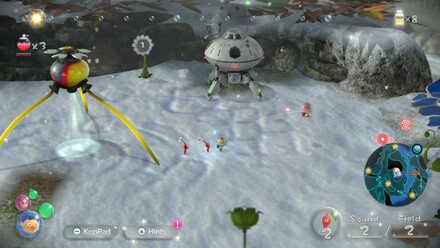 Second, you need to press and hold the Y button. While holding, you should see a a pop-up menu appear with the layout of the directional buttons, but instead of arrows, it will show a whistle and the faces of each playable character outside of your current party.

Finally, use the left joystick of your controller to choose which character you want to control.

When to Switch Characters

An ideal tact to switching characters is when the Pikmin you are controlling are busy doing a task. Instead of waiting for them to finish it, you can switch to a different character and have them do different tasks. That way, you can cover more ground and easily complete all the necessary tasks you need to do.

Splitting up characters is a good tactic which can help you easily achieve the following:

As soon as you put one character on a task such as breaking a wall, building a bridge, or moving to another location with Go Here, switch to another character and put them on some kind of job for maximum efficiency! 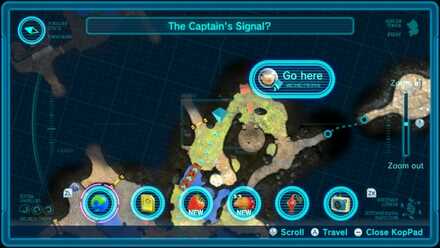 To use Go Here, simply press the minus button (-) as the character you'd like to have go somewhere, then move the cursor to the spot you want them to travel to on the KopPad and confirm with the A button.

The Go Here command is basically essential to effectively split up your characters so that they can each perform individual tasks with maximum efficiency. Using the Go Here Command is almost mandatory, as it saves you so much time!

How to Get More Changeable Characters

In the Story Mode, you can complete your Playable Character Roster by doing the following:

Though later on you can find Captain Olimar and Louie, they are NPCs and only serve as plot devices (in Story Mode).

In Missions Mode, you have all of the three Playable Characters unlocked for use, while in Side Stories, you can play as both Captain Olimar and Louie. The mechanics for switching characters and using Go Here will work exactly the same as in Story Mode.

Post (0 Comments)
Opinions about an article or post go here.
Opinions about an article or post
We at Game8 thank you for your support.
In order for us to make the best articles possible, share your corrections, opinions, and thoughts about "How to Switch Characters" with us!
When reporting a problem, please be as specific as possible in providing details such as what conditions the problem occurred under and what kind of effects it had.