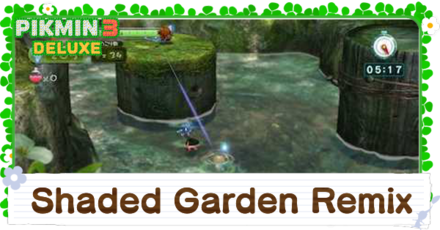 A guide to obtaining the platinum medal for the Battle Enemies! Mission: Shaded Garden Remix in Pikmin 3 Deluxe for the Nintendo Switch. This guide will walk you through how to clear the mission and earn a platinum medal!

Use Other Captains to Reach Areas 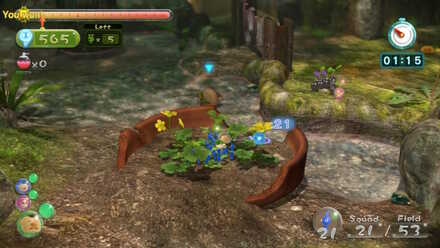 There are areas in this mission that are difficult to reach by normal means. Cooperate with other captains to find a shorter way to get to these areas.

Grab the Bomb Rocks at the Water Area 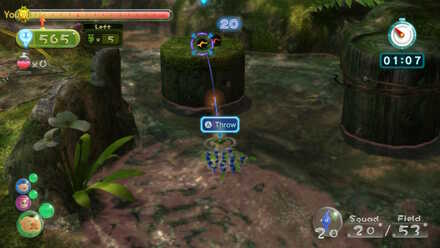 You can find some Bomb Rocks on an elevated platform in the water area. Throw some Pikmin to grab them and use them to take out the last enemies faster. 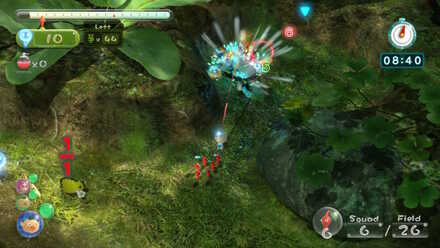 Pluck the Red Pikmin and defeat the Spectralids as well as the Skitter Leaves in the small area near them. Go back to the Onion with the corpses. 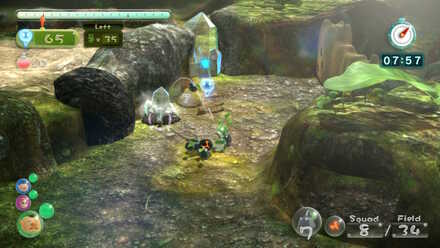 Pluck the Rock Pikmin and defeat the Desiccated Skitter Leaves in the next area. Take the Bomb Rock with you, break the small crystal to reveal a geyser, and head south of Brittany's position. 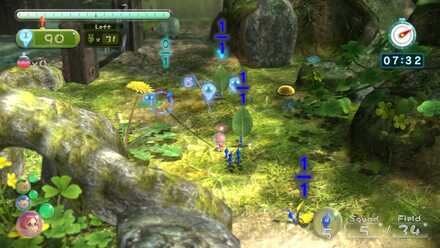 Pluck the Blue Pikmin and defeat the Skitter Leaves and the Yellow Spectralid to the east. Go back to the Onion with the corpses. 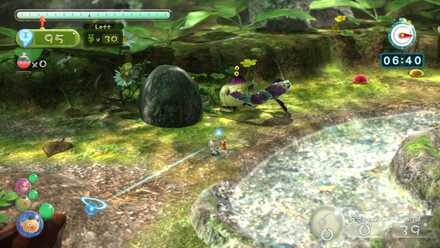 Grab the Bomb Rock nearby, disperse your team so you only have the one with the Bomb Rock, and lure the Peckish Aristocrab into devouring the bomb to defeat it. Afterward, bring the other Red Pikmin to the crab's location. 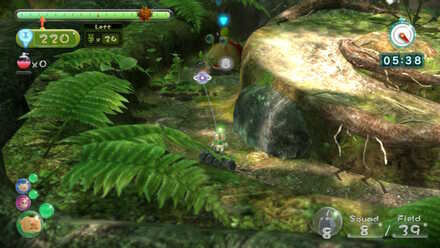 Move Charlie to the top of the spiral path to defeat the Spectralids before regrouping with Brittany. 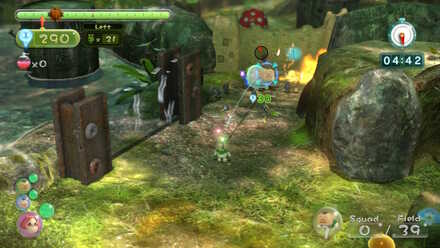 Team up with Charlie's squad to defeat the Fiery Blowhog to the east then bring its corpse using Blue Pikmin.

Throw Charlie and the Rock Pikmin on the elevated area nearby and return to the Onion. 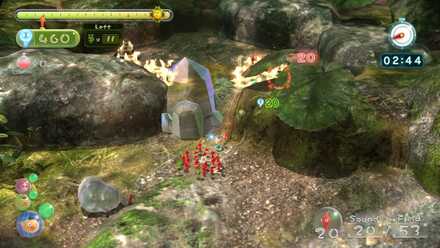 Defeat the Desiccated Skitter Leaves and the Yellow Spectralid ahead then go back to the Onion with their corpses.

Take out the last Fiery Blowhog then throw all your Red Pikmin over the crystal to defeat the Pyroclasmic Slooches. 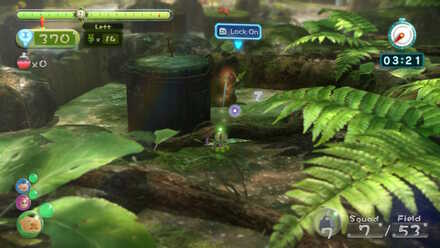 Control Charlie, go up the path, defeat the Spectralids, grab the Bomb Rock, and defeat the Bulborb with it. Go back to Brittany afterward.

After regrouping with Charlie, have Brittany throw Charlie with all the Blue Pikmin to the flower pot on the other side.

Defeat the Wogpoles and the Toady Bloyster in the water area.

Grab the Bomb Rocks above and use one to defeat the remaining Peckish Aristocrab the same way you did earlier. Use the last bomb to take out the last enemies and complete the mission.

In order for us to make the best articles possible, share your corrections, opinions, and thoughts about 「Shaded Garden Remix Platinum Medal Walkthrough (Battle Enemies!) | Pikmin 3」 with us!