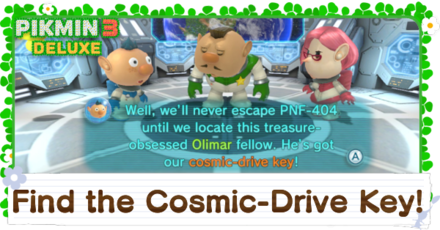 This is a story walkthrough for Find the Cosmic-Drive Key! in Pikmin 3 Deluxe for the Nintendo Switch. This guide will cover defeating the Sandbelching Meerslug, the boss of the Tropical Wilds, and how to recover the Cosmic-Drive Key. Read on for more tips and strategy!

1: Split into two groups on either sides of the bridge 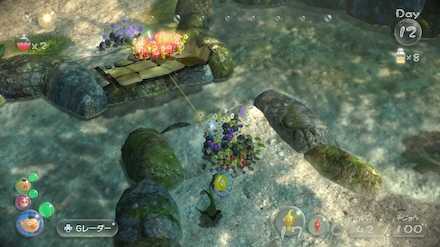 First, you'll need to split into two groups to build the bridge to the southeast. The fragments are on the opposite side of the bridge, so head over to the edge of the unfinished bridge, and throw two leaders and half of your Pikmin to the other side. Then have your leader head directly west to find a dirt wall. Have all of your Pikmin charge at it, then switch to the other leader. 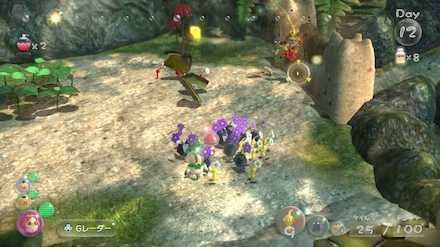 As the team on the other side of the bridge, throw several of your pikmin at the bridge fragments nearby, and have the remainder charge at the dirt wall. While you're waiting for both groups of Pikmin to finish their tasks, switch back to the leader on the other side.

3: Dig up the Bomb Rocks for the boss 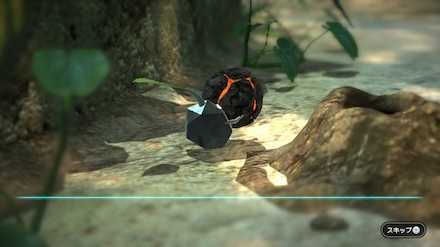 After swapping back over, the leader's Pikmin should be done (or almost done) destroying the dirt wall at the start of the level. Right after the wall breaks, there is a Whiptongue Bulborb waiting for you on the other side, so be ready to battle with it. It is much easier to take out if you aim for its back while it is turned around, as its long tongue can easily scoop Pikmin up from the front side, so exert caution.

Continue moving forward and around where the iron gate is, then look for a dirt mound. Throw your Pikmin at it to have them start digging, and they will eventually come up with some Bomb Rocks.

Afterward, recollect your Pikmin, and use the Go Here command to return to the edge of the bridge.

Pick up the nearby fruit while here 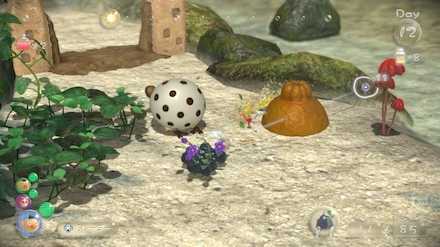 There is a Pocked Airhead near where you fought the Whiptongue Bulborb. Throw some Yellow Pikmin at it to have them dig it up while your other Pikmin are uncovering the Bomb Rocks.

4: Carry the remaining fragments and complete the bridge

Swap back over to the team on the other side of the bridge, and after the dirt wall has been torn down, take out the Swooping Snitchbugs, then have your Pikmin transport the remaining bridge fragments. There is also a Dapper Blob buried in the dirt, so throw some of your Yellow Pikmin at it to have them dig it up while the other Pikmin are fixing the bridge. This will allow you to end the day with even more juice.

5: Use all three members and cross over the stump

After the bridge's reconstruction is finished, lead your team over to it, and have both teams and all Pimin reunite. Head to the right, and you will need all three leaders in order to cross the water. Have the first leader throw two leaders and about half of the Pikmin to the stump that sits in the water. 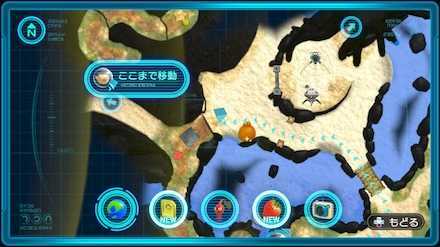 Have the first and second leader from before travel to the location just outside of the iron gate near the S.S. Drake. They will be able to reunite with the leader thrown over to the west cliff soon, so having them nearby will speed things up.

6: Push forward the paper bag and have all three members reunite 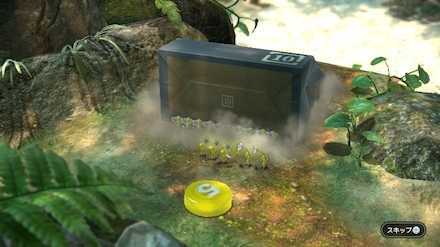 As the leader now on the west cliff, continue moving forward until you come across a paper bag. Have your Pimin charge at it, and a shortcut will be created to the where the other leaders are waiting. 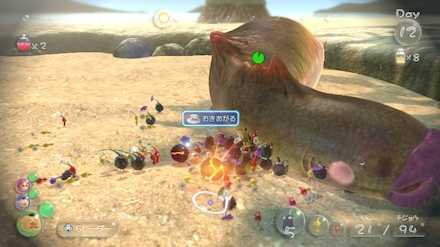 Note that if you are running low on time for this day, you may want to go ahead and end the day, then pick back up with this section tomorrow.

Have all three leaders join up, and head toward the source of the signal. After finding the source of this signal, the Folded Data Glutton, throw some Pikmin at it. Doing this causes the Sandbelching Meerslug to emerge from the sand, where the battle will begin.

The Sandbelching Meerslug can be damaged when it makes a mound and pokes its head out. When it does this, charge your Pikmin at it, or throw them, which will cause its whole body to emerge from the ground. Continue attacking it while it lies there.

Watch out for the sinkholes it creates. If you still have those bomb rocks, this is your chance to use them, as you can throw a Pikmin with a bomb rock in to have the Meerslug eat it, which will force it out of the sand. If Pikmin do get caught in the sand, make sure to whistle for them to save them from being eaten.

8: Recover everything dropped after battle 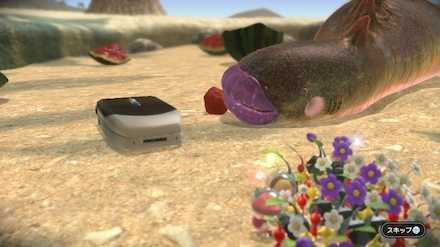 After finishing off the Sandbelching Meerslug, it will drop the Folded Data Glutton, as well as a Crimson Banquet. You'll need a lot of Pikmin to move everything (at least 33), so consider coming back for everything the next day if you are short on time.

Keep in mind that moving the enormous Sandbelching Meerslug remains also blocks the path, so you'll want to move it last.

Post (0 Comments)
Opinions about an article or post go here.
Opinions about an article or post
We at Game8 thank you for your support.
In order for us to make the best articles possible, share your corrections, opinions, and thoughts about "Find the Cosmic-Drive Key! Walkthrough" with us!
When reporting a problem, please be as specific as possible in providing details such as what conditions the problem occurred under and what kind of effects it had.