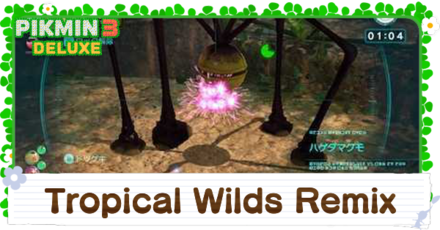 A guide to obtaining the platinum medal for the Battle Enemies! Mission: Tropical Wilds Remix in Pikmin 3 Deluxe for the Nintendo Switch. This guide will walk you through how to clear the mission and earn a platinum medal! 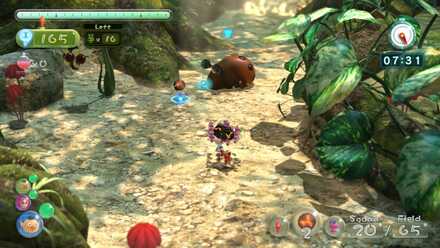 You can find a lot of Bomb Rocks at the beginning of the mission that you can pick up and save for later. Use these when going against bosses for a clean run.

Use Mushrooms to Transport Bomb Rocks 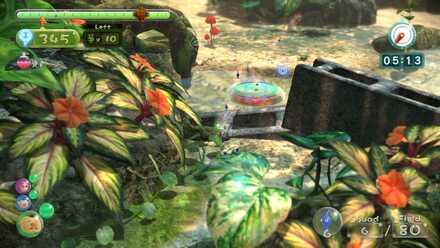 You can use the bouncy mushrooms to transport Bomb Rocks to another area. If your captain runs out of Bomb Rocks, you can get more from the other captains by having their excess Bomb Rocks bounce on a mushroom near you. 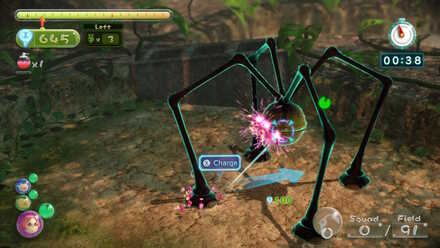 There are two Baldy Long Legs in this mission. Gather berries to produce some Ultra-Spicy Spray before going against them to save time. 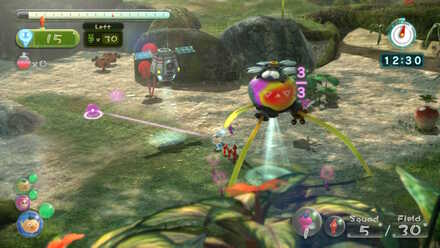 Gather the Red and Winged Pikmin and defeat the Dwarf Orange Bulborbs and Swarming Sheargrubs in the area and have the Winged Pikmin collect them as well as the pellets.

Head west and collect the Swooping Snitchbug and another pellet with the Winged Pikmin. Collect the Bomb Rocks from the hole and throw one at the Orange Bulborb further to the west. 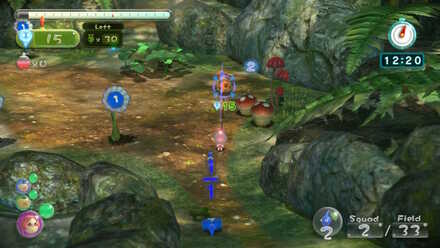 Gather the Blue Pikmin to defeat the Dwarf Orange Bulborb ahead. Bring the corpse and the pellets back to the Onion.

Throw Charlie together with the Blue Pikmin onto the tree stump on the other side to take out the Swarming Sheargrub then move Brittany to the ledge near Alph's location. 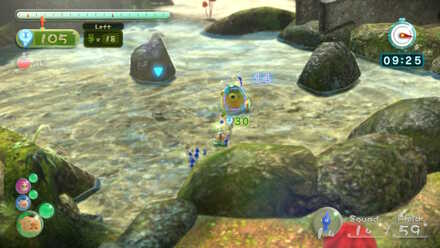 Go down the stump and defeat the Yellow Wollyhog. When you're done, move Charlie near the broken bridge east.

Upon arriving, defeat the Dwarf Orange Bulborbs and the Yellow Wollyhog near the bridge fragments. Go to the shore on the southwestern part of the map when you're done.

2: Taking Out Enemies with Bomb Rocks 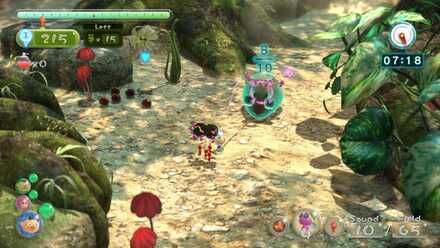 Bring the Orange Bulborb and the berries nearby back to the Onion using the Winged Pikmin then defeat the Pyroclasmic Slooch up the path with some Red Pikmin.

Let the Red Pikmin have its corpse, grab the Bomb Rocks above you, then throw one at the nearby Orange Bulborb. Return to the Onion. 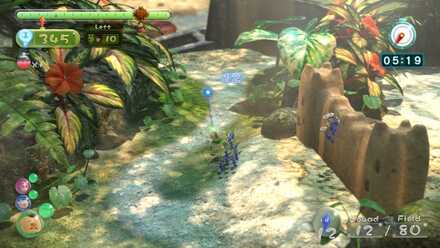 Head north and have some Blue Pikmin start munching on the dirt wall. Get the rest on the northern area using the mushroom. 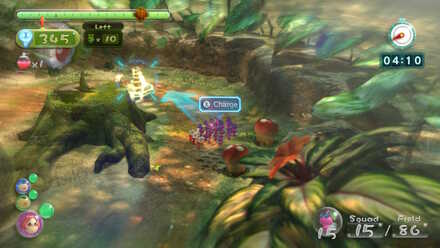 Have Alph throw all his Red Pikmin to Brittany along with at least 15 Winged Pikmin. Head north and defeat the Pyroclasmic Slooch with the Red Pikmin.

Grab the berries and the corpse using the Winged Pikmin then head to Alph's location.

3: Wiping Out the Strong Enemies 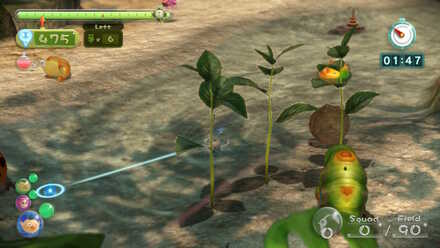 Bring only Bomb Rocks with you then move to the water area where you bombed an Orange Bulborb earlier. Leave the Bomb Rocks for now then cross the water north until you see an Armored Cannon Larva.

Lure the larva into taking out the two Yellow Wollyhogs and the Orange Bulborb then meet the Blue Pikmin that Charlie threw ealier. Use them to defeat the Pyroclasmic Slooch then defeat the Armored Cannon Larva with a Bomb Rock.

Go back to the mushroom earlier with the Winged Pikmin. 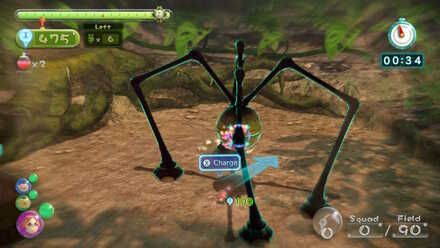 Head west with the Winged Pikmin and defeat the Baldy Long Legs. Build a path using the nearby haystack then defeat another Baldy Long Legs in the next area. 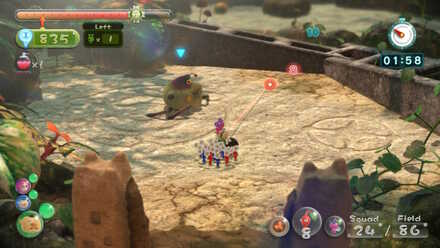 Go past the broken dirt wall and defeat the Peckish Aristocrab with a Bomb Rock to complete the mission.

Post (0 Comments)
Opinions about an article or post go here.
Opinions about an article or post
We at Game8 thank you for your support.
In order for us to make the best articles possible, share your corrections, opinions, and thoughts about "Tropical Wilds Remix Platinum Medal Walkthrough (Battle Enemies!)" with us!
When reporting a problem, please be as specific as possible in providing details such as what conditions the problem occurred under and what kind of effects it had.