How to Use Bomb Rocks | Pikmin 3 Deluxe 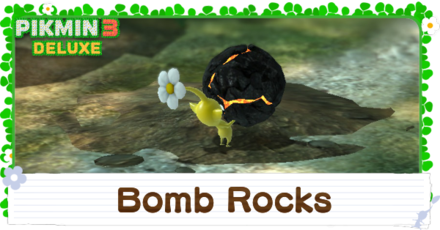 This is a guide to using Bomb Rocks in Pikmin 3 Deluxe for the Nintendo Switch. Read on to learn more bomb rocks tips and tricks, and various uses for Bomb Rocks.

What are Bomb Rocks 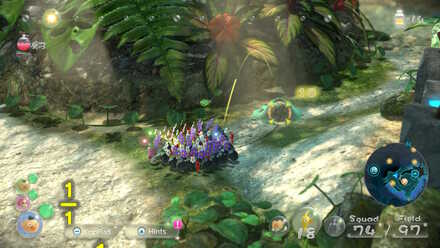 Bomb Rocks are explosive rocks that are usually found by digging thm up from dirt mounds. They are first found in the Tropical Wilds area, after the Whiptongue Bulborb.

Bomb rocks are a useful aid for the player, and can be a clutch tool when you are in a tight spot! Be wary though, as Bomb Rocks can easily kill your Pikmin as well. If you have a bomb rock holding Pikmin in your party, always exert caution when throwing Pikmin, as its very easy to throw one too many Pikmin and accidentally toss the bomb when you don't have time to pull your Pikmin back.

How to Use Bomb Rocks

Adding and using Bomb Rocks in your arsenal is easy. 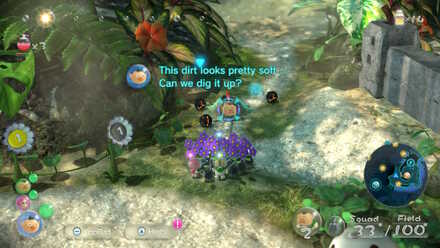 First, command any type of Pikmin to pick up the rock. You can do so by throwing a Pikmin at a Bomb Rock. They will automatically pick it up and add it to your arsenal. 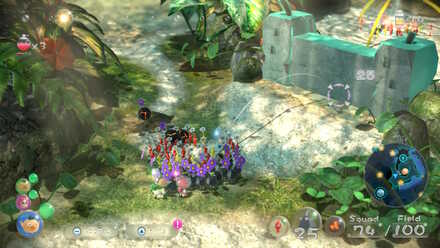 Second, make sure to have the bomb rock selected. There is an image of a Bomb Rock on your bottom right which shows if it is equipped. Then aim for an obstacle or enemy that you want to blow up! 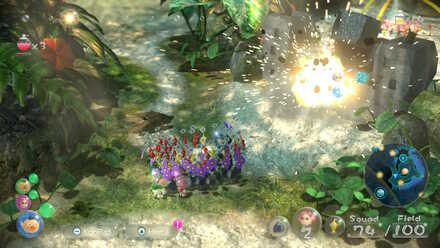 Finally, sit back and watch the explosion!

Bomb Rocks are most commonly used to get rid of obstacles in your way, like iron walls, which take three bomb rocks. In addition, you can blow up dirt walls too, which take only one. Bomb Rocks can also be used to easily dig up fruit that is buried, saving you the time it takes to dig. However, using bombs for these purposes is a bit wasteful, so only do so if you have already blown up any iron walls, or if the day is about to end.

Using bomb rocks against the Sandbelching Meerslug is a must!

Post (0 Comments)
Opinions about an article or post go here.
Opinions about an article or post
We at Game8 thank you for your support.
In order for us to make the best articles possible, share your corrections, opinions, and thoughts about "How to Use Bomb Rocks" with us!
When reporting a problem, please be as specific as possible in providing details such as what conditions the problem occurred under and what kind of effects it had.