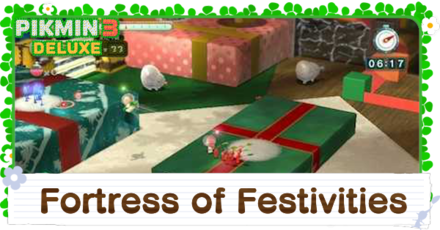 A guide to obtaining the platinum medal for the Battle Enemies! Mission: Fortress of Festivities in Pikmin 3 Deluxe for the Nintendo Switch. This guide will walk you through how to clear the mission and earn a platinum medal!

Fortress of Festivities Tips and Strategy

Cooperate with Other Leaders 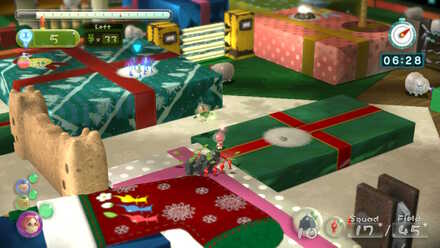 This mission contains puzzles and platforms that requires the efforts of other leaders. Have them all cooperate together to progress further through the mission. 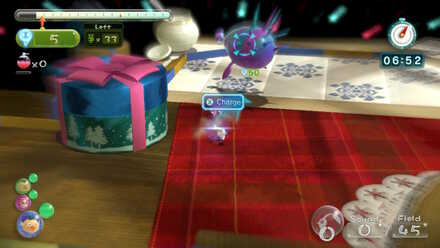 Throw both leaders west to pluck the Rock Pikmin while Alph pluck the Winged Pikmin.

Head southeast and take down the Puffy Blowhog. Bring its corpse back to the Onion. 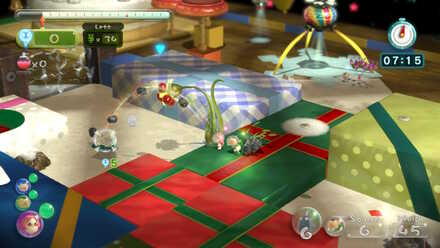 Have Brittany defeat the Skutterchuck and throw Charlie on the platform above the nearby geyser.

After being thrown, move Charlie north and pluck the Red Pikmin. Get Brittany to break the glass wall before riding the geyser.

Gather Charlie's squad, throw Charlie on the other platform west to pluck the Blue Pikmin, and defeat the Fiery Blowhog.

Group Charlie with the Blue Pikmin and get down to take out the Watery Blowhog. Return Charlie back to the Onion so he can pluck the Blue and Red Pikmin. 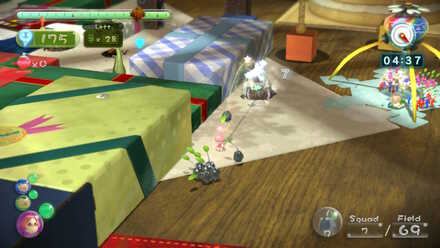 Move with the Rock Pikmin to the southern area where a crystal and some Yellow Wollywogs are found. Defeat the Wollywogs and break the crystal so you can return to the Onion.

Break the crystal to open the geyser then head to the upper area east of the dead Wollywogs. 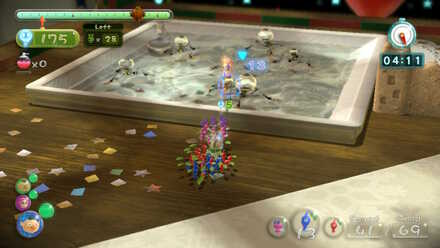 Have Alph ride the geyser and throw five Winged Pikmin at the Burgeoning Spiderwort.

Regroup with Charlie and the rest of the Pikmin and take out all the Skeeterskates in the southwestern area. Pluck the Yellow Pikmin near the dirt wall when you're done. 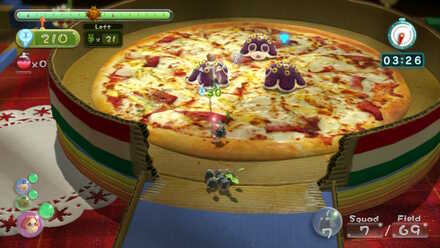 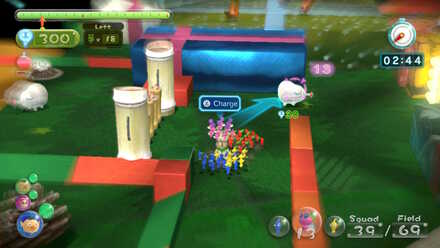 Head north, defeat the Fiery Blowhog, and go past the gate by raising it with the Winged Pikmin.

Leave the other Fiery Blowhogs on the other side to your Red Pikmin before going up the geyser. Defeat all Dwarf Orange Bulborbs and Dwarf Bulbears in the area.

Have Alph throw all of the Blue Pikmin below to defeat the Watery Blowhogs then have Charlie and the rest of the Pikmin jump on the mushrooms to get to the last area and defeat the Dwarf Bulborbs.

Post (0 Comments)
Opinions about an article or post go here.
Opinions about an article or post
We at Game8 thank you for your support.
In order for us to make the best articles possible, share your corrections, opinions, and thoughts about "Fortress of Festivities Platinum Medal Walkthrough (Battle Enemies!)" with us!
When reporting a problem, please be as specific as possible in providing details such as what conditions the problem occurred under and what kind of effects it had.