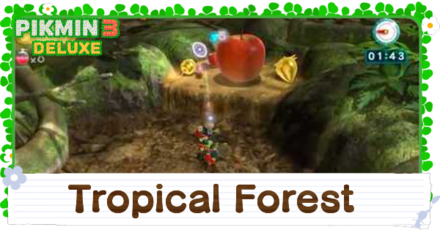 A guide to obtaining the platinum medal for the Mission: Tropical Forest in Pikmin 3 Deluxe for the Nintendo Switch. This guide will walk you through how to clear the mission and earn a platinum medal! 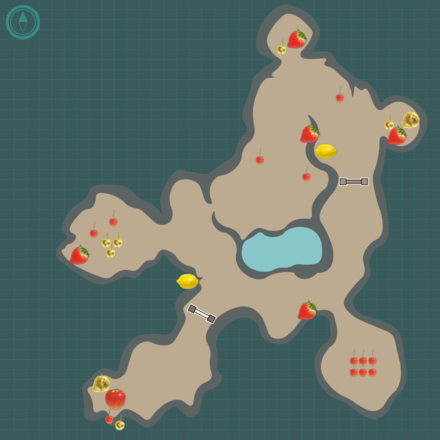 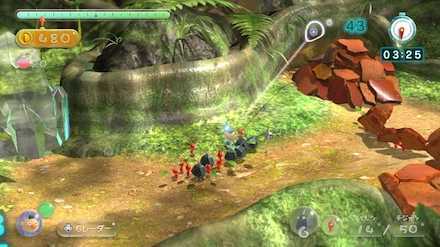 On the opposite side from the starting site, there is a bridge that can be completed. The existence of this bridge will greatly affect the efficiency of your transportations, so first complete the bridge by gathering the nearby pieces.

Ideally, the goal is to securely collect fruit while defeating the minimum number of indigenous species as possible, but in this instance, it is fine to focus on completing the bridge. 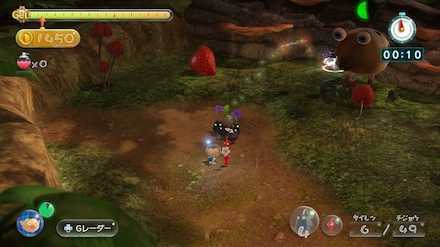 The Whiptongue Bulborb located in one of the three small rooms areas is the most dangerous enemy in the Tropical Forest. After going around behind it, quickly throw many Pikmin on it, especially Rock Pikmin, to take it down.

Since time is limited, after taking it down quickly return to recovering treasure.

1: Call Up Red Pikmin and Head Out 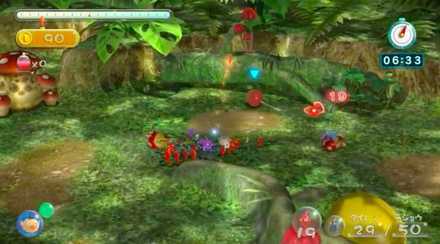 Throw the remaining Pikmin at the Kingcap and call back the Pikmin who recovered the fruit before heading out again. 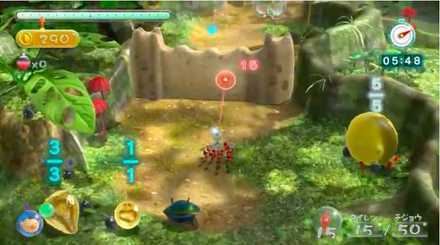 After destroying the Kingcap, recover the fruit on the other side and then head to the eastern area. Throw the Pikmin at the nearby Face Wrinkler and destroy the dirt wall with a charge attack with the remaining Pikmin.

Have the leader round up the Pikmin who retrieved the fruit and head back towards the dirt wall. 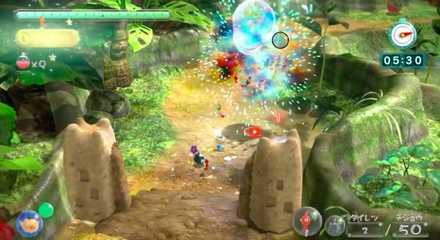 4：Destroy the Crystal While Transporting the Pieces 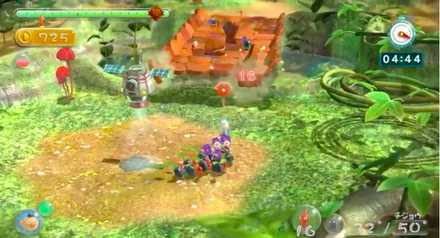 After heading south, there will be bridge pieces scattered on the ground. Throw many Red Pikmin at the pieces to start collecting them and use the excess Rock Pikmin to break down the crystal on the left-hand side. After breaking the crystal, retrieve the fruit after defeating the Bulborb from behind and completing the bridge.

After crossing the bridge, there will be some Nuggets. Throw several Pikmin and let them handle the retrieval, and after calling back the Pikmin who completed the bridge, have them retrieve the nearby fruit.

During this time, have the leader cross back over the bridge and call the Pikmin who assisted with retrieval.

6：Break the Glass Wall and Retrieve the Nugget 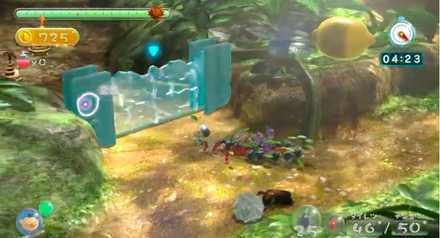 While transporting the Nugget, defeat the Pyroclasmic Slooch with Red Pikmin. After reuniting with the Rock Pikmin that carried the Nugget, retrieve the fruit. 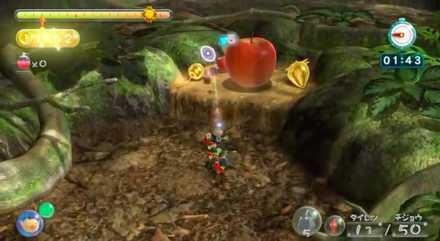 Afterward, gather the Pikmin that retrieved the fruit and head towards the western clearing. Use all your Pikmin to defeat the Whiptongue Bulborb and quickly retrieve the Insect Condo.

Finally, have your Rock Pikmin destroy the crystal to the northeast and retrieve the fruit. With this, you will have retrieved all the fruit!

Register as a member and get all the information you want. (It's free!)
Login
Opinions about an article or post go here.
Opinions about an article or post
We at Game8 thank you for your support.
In order for us to make the best articles possible, share your corrections, opinions, and thoughts about "Tropical Forest Platinum Medal Walkthrough and Map (Collect Treasure!)" with us!
When reporting a problem, please be as specific as possible in providing details such as what conditions the problem occurred under and what kind of effects it had.