This is a guide to Scorbunny's Photodex entry in New Pokemon Snap (Pokemon Snap 2) for the Nintendo Switch. Here you can find out how to take one star, two star, three star, and four star photos for Scorbunny, and how to get a diamond star rating!

Where to Find Scorbunny

How to Get All Stars for Scorbunny

How to Take Scorbunny 1 Star Photo

In the first part of Park (Day) research-level 3, you'll find Bouffalant and Bidoof sleeping under a big tree on the right side. Focus your camera on that area and wait for Scorbunny to show up running from behind that big tree.

Scorbunny will notice you and be surprised. Then it will run away fast, make sure you are ready to snap! Take a close-up shot of Scorbunny running away to achieve 1 Star Diamond.

How to Take Scorbunny 2 Star Photo

In Park (Day), you'll find Scorbunny running near Bouffalant under a tree. Focus your camera on Scorbunny, it will stop for a while and make an alert pose. Capture that moment to achieve 2 Star Diamond.

How to Take Scorbunny 3 Star Photo

To take a 3 Star photo of Scorbunny, go to Sands (Day) research-level 2 or 3. At the beginning of the course, look to the right side and find a stone with a footsteps near it. 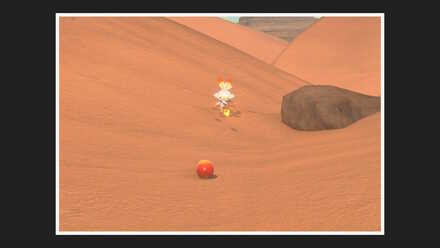 Throw some Fluffruits to lure Scorbunny to go near you. Once it gets closer, throw an Illumina Orb at it. Wait for Scorbunny to wave at you and take a close-up shot to achieve 3 Star Diamond.

How to Take Scorbunny 4 Star Photo

Laughing in the meadow

This photo can be taken to complete the request Three Friends among Flowers.

In the final meadow area of Park (Day), lure the Pichu out of the pile of petals. Doing so will cause Pichu, Scorbunny, and Grookey to all gather by the nearest crystabloom. Scorbunny will start laughing hysterically, which is when you take a close-up photo of it! Doing so will fulfill the request and earn you a 4 Star photo!

In order for us to make the best articles possible, share your corrections, opinions, and thoughts about 「Scorbunny Locations and How to Get All Stars | New Pokemon Snap (Switch)」 with us!