★ Struggling with Purity Forest? Check our guide for tips on how to make it through the toughest Dungeon in Mystery Dungeon DX!
・Purity Forest Strategy Guide

This is a page about the Dungeon Joyous Tower in the game Pokemon Mystery Dungeon: Rescue Team DX for the Nintendo Switch. Read on for information about its boss, the number of floors and which Pokemon can be found here.

Since you'll be starting from level 5 in Joyous Tower, we recommend recruiting Pokemon that have great starting moves like the ones we recommend above. Note that the level of your moves will start from level 1, so we don't recommend using moves that initially have low power.

Speed is very important in Joyous Tower as you will want to escape from fights in the later parts of the dungeon. As such, we recommend using Pokemon that can learn moves like Agility or Rock Polish.

Joyous Tower has big open rooms, so you can easily create situations where you can safely attack enemy Pokemon from the corridor.

Narrow Focus works well with our attack from the corridor strategy, and Riled Up makes it easier to explore a floor since the boost lasts as long as you stay on the same floor.

XP Boost is also really useful as you will have access to more moves faster.

Enemy Pokemon Can Pick Up Items 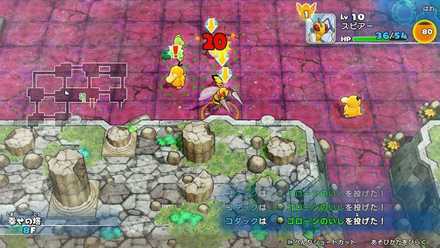 Watch out! Enemy Pokemon in Joyous Tower can pick up and throw projectiles like Silver Spike at you, so be careful unless you want a half-dead team.

In addition, be careful when you use your own projectiles, as enemy Pokemon can pick those up too. 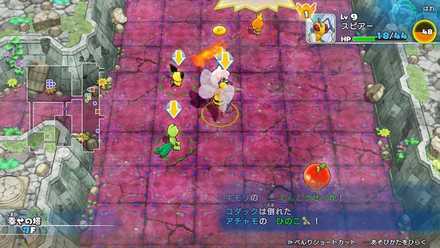 In the early stages of the dungeon, you don't need to worry about leveling up too much, so focus on collecting as many items as possible.

Watch Out for Strong Pokemon from 10F-19F 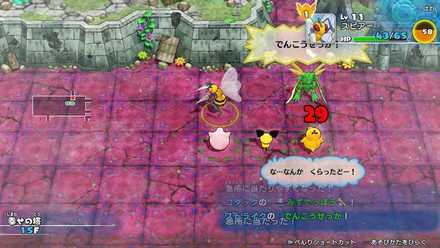 Be careful as you go through these floors as many of the Pokemon here can attack from long-range. However, if you're able to recruit some of these Pokemon, you should be safe until around 60F.

Watch Out for Magnitude from Dugtrio from 20F-29F

Use these floors to collect more items and to level up as the only Pokemon to really watch out for here is Dugtrio. 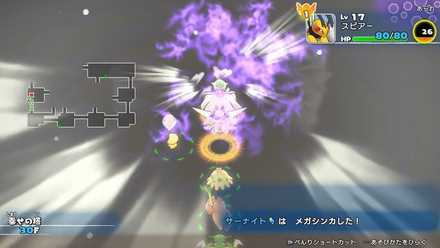 These floors are some of the toughest in Joyous Tower, and if you can go through these safely, you should be good up until 90F.

For dangerous enemy Pokemon, including those that can mega evolve, we recommend attacking them with Two-Edge Wands and Silver Spikes from the corridors. You do not want to fight them head-on. 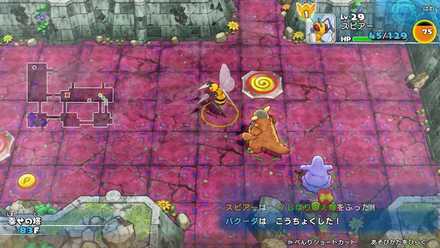 Your main priority for these floors is to get to the stairs as fast as possible by using the items and speed-boosting moves that you've collected and learned so far. Try to avoid enemies if you can, but if you have to face them, use items. 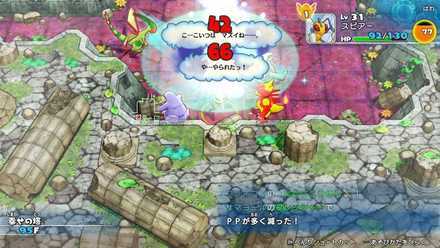 A lot of the Pokemon you will see in these floors come from Sky Tower, so it may be hard to escape from them. However, use your items wisely and apply speed-boosts when necessary, and you should be able to escape to the next floor. 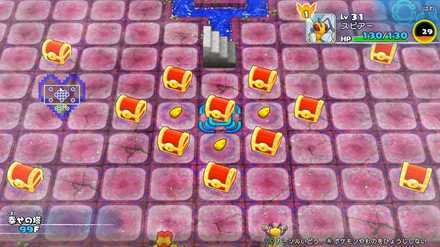 On the last floor, there are 12 Deluxe Boxes and 3 Joy Seeds waiting to be claimed. Be sure to collect everything!

Register as a member and get all the information you want. (It's free!)
Login
Opinions about an article or post go here.
Opinions about an article or post
We at Game8 thank you for your support.
In order for us to make the best articles possible, share your corrections, opinions, and thoughts about "Joyous Tower Dungeon Strategy Guide and Encountered Pokemon" with us!
When reporting a problem, please be as specific as possible in providing details such as what conditions the problem occurred under and what kind of effects it had.