★ Game8's Pokemon Scarlet and Violet Wiki is live!
Check Game8's Guide for all your needs at lightning speed!

This is a page about the Dungeon Uproar Forest in the game Pokemon Mystery Dungeon: Rescue Team DX for the Nintendo Switch. Read on for information about its boss, the number of floors and which Pokemon can be found here. 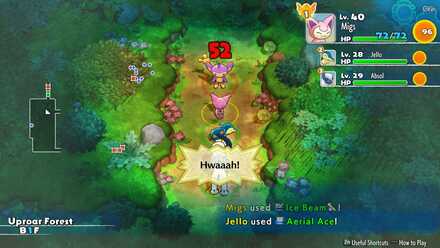 Of course this is in addition to the always-required Apple, Oran Berries and Tiny Reviver Seeds.

Many Pokemon in Uproar Forest are weak against Fire and Fying. With that, Spearow, Cyndaquil, Charmander and Torchic are the best Pokemon to have in Uproar Forest because it has access to Fire type moves.

How to Beat the Mankey Gang 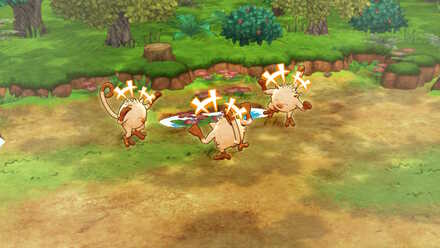 Do not underestimate the Mankey Gang! They can cause Confusion and make yourself hurt your own team. If you like to run Thunderbolt like us, beware as it can easily cause your team to faint especially on a high Sp. Atk Pikachu!

They can also use Seismic Toss to reposition their co-Mankeys. This does little damage but if you are protecting some weaker teammates in your backline, the Mankeys can easily get to them.

Overall, its going to be an easy fight compared to the last two boss fights. You can bring Blast Seeds and Sleep Seeds but your Linked Moves will be enough in dealing with the gang. You might want to bring Reviver Seeds if some of your Pokemon has not reached our recommended level of Lv. 26.

Pokemon to Recruit on the Way to Mankey Gang

You can sometimes find fainted Ledyba in Uproar Forest. Ledyba has Silver Wind which lets it damage all of the Mankey Gang at once. Be careful as the Mankey Gang can get to the Ledyba at range using Seismic Toss.

In order for us to make the best articles possible, share your corrections, opinions, and thoughts about 「Uproar Forest Dungeon Strategy Guide and Encountered Pokemon | Pokemon Mystery Dungeon DX Switch」 with us!