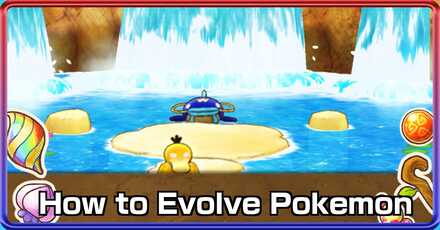 This is a guide page on how to evolve Pokemon in Pokemon Mystery Dungeon: Rescue Team DX for the Nintendo Switch. If you would like to know how to evolve your Pokemon, please read on!

When can you Evolve?

How to Unlock Evolution 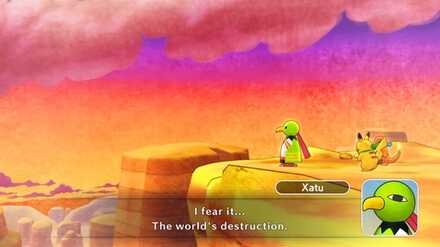 In Pokemon Mystery Dungeon DX, it's not possible to evolve your Pokemon until after your clear the story. You have to use your unevolved Starter and Partner Pokemon while clearing the story, but it's possible to befriend already evolved Pokemon and have them help you!

After you clear the story, a cutscene will play once you eventually enter Pokemon Square. Snubbull accidentally turned into a Granbull after going into a cave that appeared at Whiscash's Pond, and going there will grant you access to Luminous Cave and Evolution.

What do you need to Evolve? 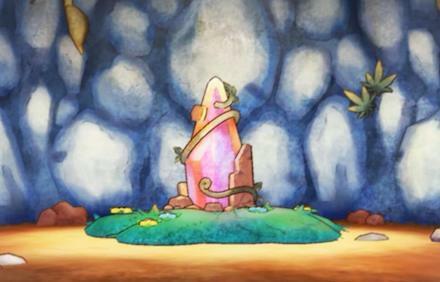 After meeting certain conditions, Pokemon can be evolved at the Luminous Cave. Once unlocked, you can go there to see a list of all your Pokemon and choose which to evolve. 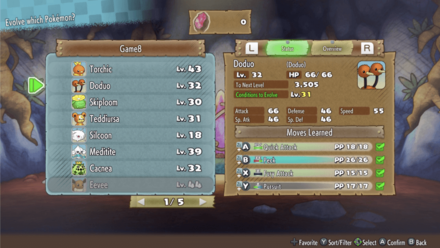 Many Pokemon only have to reach a certain level to be able to evolve. Once they are the necessary level or above, you can freely evolve them - It does not require any addition items or money. 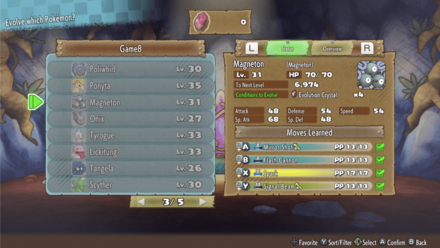 For example, evolving Eevee to any of it's Evolutions will require 2 Evolution Crystals, and evolving Graveler to Golem requires 4. 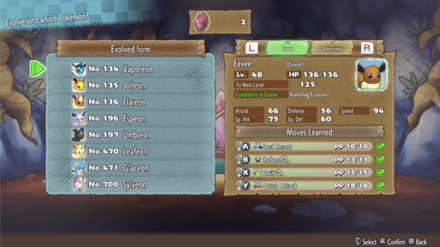 For branching Evolutions like Eevee's where you can evolve into several different Pokemon, you can freely choose what to evolve into. The only random Evolution is Wurmple's, who will evolve into either Silcoon or Cascoon without you being able to choose. 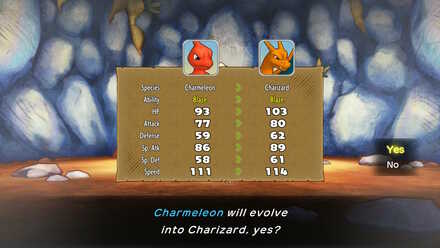 Evolution, unlike the main games does not raise your stats by high values. Because of this, evolution can hinder you sometimes as it prevents you from learning powerful moves at early levels.

In Charmander's case, it learns Inferno at Lv. 42. If you evolved it into a Charmeleon or a Charizard it learns it at Lv. 54 and Lv. 62 respectively. If you want Inferno early on, do not evolve your Charmander until Lv. 42

However, there are moves that are only learned by Charizard like Heat Wave. Create a plan and evolve accordingly. You can check out Charmander's Learnset and other Pokemon's Movesets through the button below. 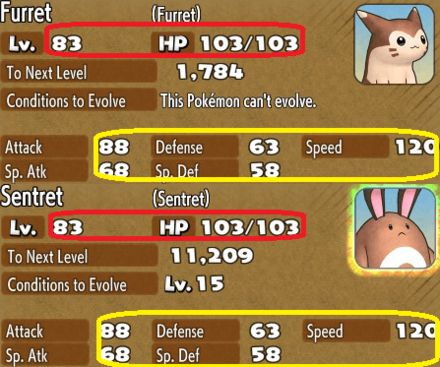 Post (1 Comments)
Opinions about an article or post go here.
Opinions about an article or post
We at Game8 thank you for your support.
In order for us to make the best articles possible, share your corrections, opinions, and thoughts about "How to Evolve Pokemon" with us!
When reporting a problem, please be as specific as possible in providing details such as what conditions the problem occurred under and what kind of effects it had.