Who Should You Pull From Mythic Heroes - Bramimond: The Enigma? | Fire Emblem Heroes

This is a page about the Mythic Heroes Banner - Bramimond: The Enigma from Fire Emblem Heroes (FEH). If you want to know about Bramimond, as well as the other units appearing in this banner, or you are wondering who to pull for, please read on.

Who should you pull from Bramimond: The Enigma? 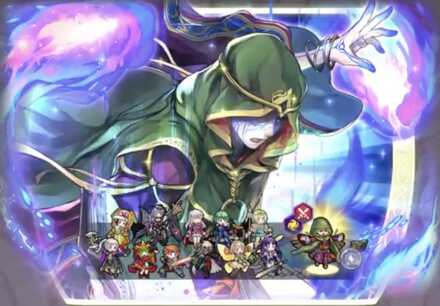 The unit you should aim for from this banner is Bramimond. Bramimond has the weapon skill Void Time, which will grant Bramimond an Atk/Def/Res+5 buff and a guaranteed follow-up attack when his foe has an active penalty on them. He also has the skill Impenetrable Dark, which will nullify all of the foe's allies' combat skills, including powerful support buffs.

Should You Pull From The Mythic Hero Summon?

Pull if you need a strong tome unit

The Mythic Hero and titular unit Bramimond is one of the most heavy hitting tome attackers. If you want a new nuke for one of your teams, now is your chance!

Aim for the color with a unit you want

There are powerful focus units in each color of this banner, but not every single unit is amazing, so we recommend only pulling from the color that has a unit you want.

Register as a member and get all the information you want. (It's free!)
Login
Opinions about an article or post go here.
Opinions about an article or post
We at Game8 thank you for your support.
In order for us to make the best articles possible, share your corrections, opinions, and thoughts about "Who Should You Pull From Mythic Heroes - Bramimond: The Enigma?" with us!
When reporting a problem, please be as specific as possible in providing details such as what conditions the problem occurred under and what kind of effects it had.