Part 5: The Plains and Yagluth | Walkthrough and Progression Guide | Valheim 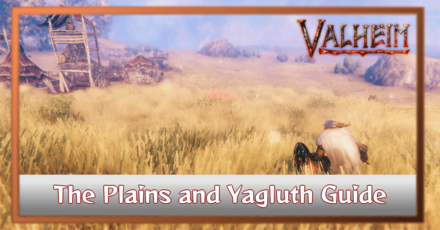 This is part five of our Walkthrough and Progression Guide for Valheim. Read on to learn important tips and strategies to dominate the Plains and its boss, Yagluth!

Build an Artisan Table and Spinning Wheel in your base

Defeating Moder rewards you and your allies with Dragon Tears. These are special crafting materials used in the construction of the Artisan Table.

Start off by building an Artisan Table for your base, followed by a Spinning Wheel.

This is arguably the most dangerous objective of this walkthrough. Keep an eye out for Fuling Villages and look for Flax and Barley plants inside. These are important crafting materials that will determine your success in the Plains and with Yagluth's boss fight as well.

Once you've identified a Fuling Village with these plants, play it slow and eliminate the inhabitants one by one (preferably with a Draugr Fang with Frost Arrows) until it is safe to enter and extract the items.

Be especially on the look out for Fuling Shamans and Berserkers. Avoid fighting them if possible, as they are two of the most difficult monsters currently in the game without proper Mead and equipment.

Bonemass' Forsaken Power is amazing at bolstering your defense against Fulings and Berserkers. Considering using it when exploring the Plains early on. 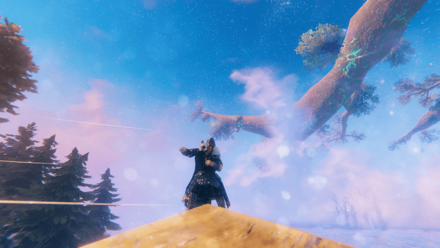 Once you've gathered at least 35 Flax, its time to place them inside your Spinning Wheel to create Linen Threads. Linen Threads are crafting materials used to craft the Padded Armor Set, the best armor in Valheim! Pair this set with the Wolf Cape to have the best armor combination in the game, fit to handle any biome.

Start crafting Fire Resistance Barley Wine once you've built up a good stock of Barley and Cloudberries. This Mead offers much-needed resistance against attacks from Fuling Shamans and even Yagluth itself later on!

Fuling Berserkers can also drop Fuling Totems. Time to put your skill to the test and hunt these fiercesome monsters! 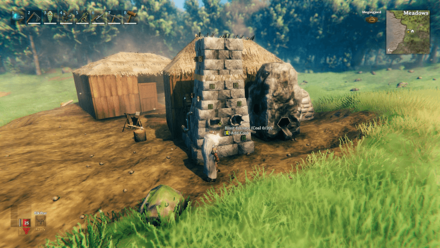 The Blast Furnace grants you the ability to smelt high end materials such as Black Metal Scraps and Flametal Ores.

Build this as soon as possible to unlock some of the strongest weapons in Valheim! 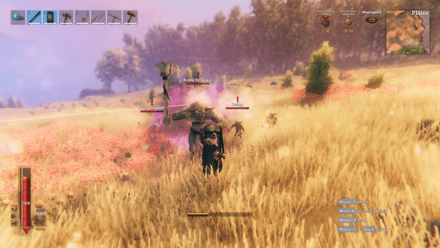 Black Metal Scraps are primarily obtained from killing Fulings, Fuling Shamans, and Fuling Berserkers in the Plains. These scraps can also be inside chests within Fuling Villages.

Fuling Villages can be difficult to infiltrate at first, so we suggest that you pick off Fuling patrols or those guarding small outposts scattered across the Plains to start off.

It is important to note that Fuling patrols tend to be more active at night. Stay alert once the sun goes down! 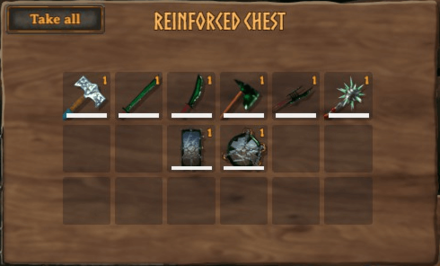 The best equipment in Valheim are already within your reach at this stage of the game! Take the time to unlock the recipes of endgame weapons such as the Porcupine, Frostner, and various Black Metal Weapons.

You can even work on these first before exploring Fuling Villages for Flax and Barley for an easier time within! 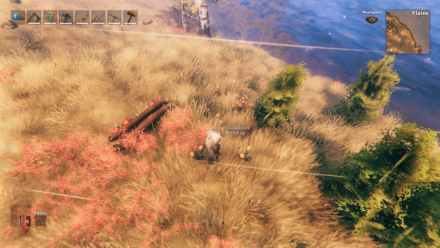 Cloudberries are abundant across the Plains and are used as an ingredient for items such as Medium Stamina Mead, Fire Resistance Barley Wine, and Lox Meat Pie.

All three of these items are extremely useful when exploring the Plains biomes! 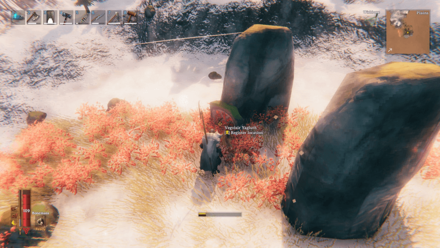 Always keep an eye out for Yagluth's Vegvisirs scattered across the Plains. These are usually guarded by Fulings, so check their small outposts whenever you can! 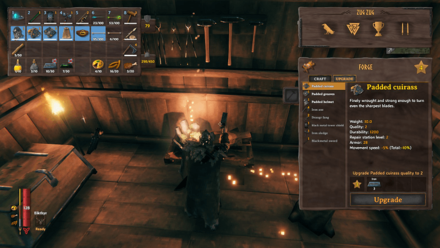 You're at the final leg of this walkthrough — What's the rush? Take the time to upgrade your equipment to make your journey into the Plains and Yagluth's boss fight a lot easier. 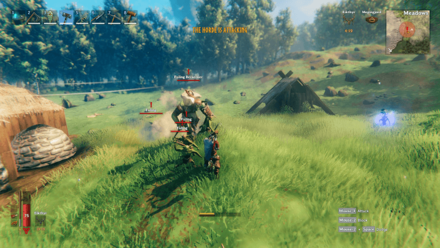 New potential raid parties were unlocked as soon as you defeated Moder in the mountains. Check in with our Raids guide for more information and a list of raids:
List of Raids: How do Raids Work?

Stock up on Frost and Silver Arrows 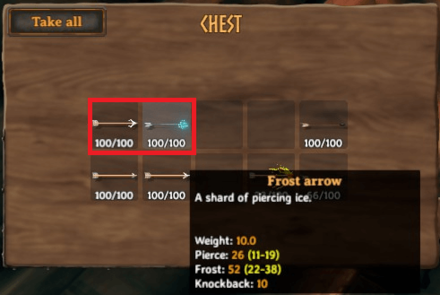 Frost and Silver Arrows are excellent choices in the Plains biome.

Frost Arrows, in particular, are great against Fulings, Shamans, and Berserkers because of their Freezing Debuff on impact. This give you enough time to kite and dodge out of harm's way in most scenarios.

Silver Arrows apply Spirit Damage over time on undead enemies, making it effective against Yagluth. Frost Arrows still take the top spot against it in terms of direct damage, though.

Stock up on Medium Healing and Stamina Mead 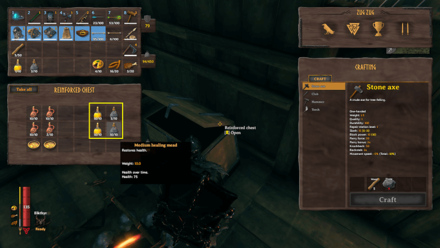 If there was ever a time to use all of the Medium Healing Mead you've hoarded so far, it's now! Monsters in the Plains boast some of the highest damage in the game, and you'll definitely need a few bottles of this mead to escape with your life in some scenarios.

Medium Stamina Mead is also an excellent mead to bring in the Plains for that extra burst of stamina. These can be easily crafted at this point due to the abundance of Cloudberries present within the biome.

Build a Windmill in your Base 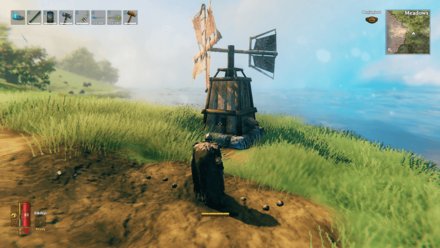 The Windmill grants you the ability to refine Barley into Barley Flour. This item is used for some of the best food items in the game such as Lox Meat Pie and Fish Wraps.

Consider building one in your base if you prefer to utilize on the best food items for your journey!

How to Summon and Beat Yagluth 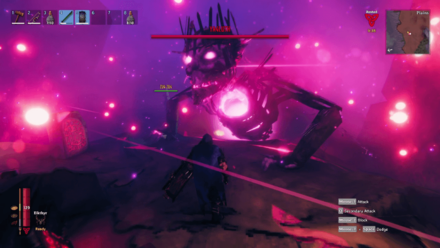 Once you've completed all of the Key Objectives above, it's time to face Valheim's fifth boss!

Click the button below to see our in-depth guide against Yagluth:
Yagluth Boss Guide

In order for us to make the best articles possible, share your corrections, opinions, and thoughts about 「Part 5: The Plains and Yagluth | Walkthrough and Progression Guide | Valheim」 with us!