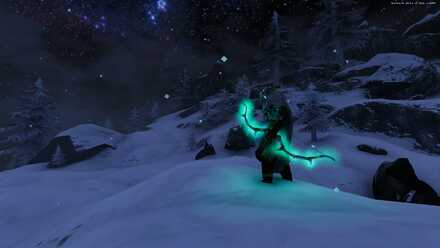 This is a guide on the best weapons to craft in Valheim. This will guide you through early, mid, and end game weapons. Read more to find out which are the essential weapons at any point of the game! 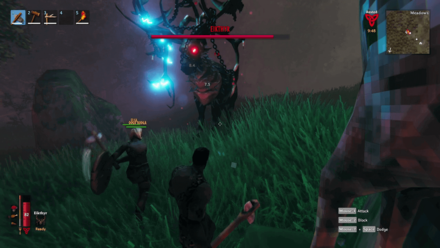 Everything from the start to the until after first boss is considered early game. These are the items you can create right as you start and will get you through the learning stages of the game.

The Crude Bow is the first ranged weapon you will have. Not only is this good for staying safe, it is essential to be able to hunt, which is a good source of meat. It will allow you to easily access deer hides and leather scraps as well, important items for items further down the line.

Costing only wood and leather scraps, its easy to get as boars are signifcantly easier to hunt than deer while in melee.

How to Craft the Crude Bow

The Stagbreaker is definitely the best early game weapon. While you can do it at the start of the game, you'll likely only access the Black Forest after defeating the first boss. If you cut pine trees in the Black Forest, you'll unlock Core Wood, which alongside Leather Scraps and Deer Trophies, will allow you to make the Stagbreaker.

The first hammer you have access to, the Stagbreaker will easily knockback Greylings and is definitely a step up from your flint axe due to the area of effect despite having roughly the same damage.

How to Craft the Stagbreaker 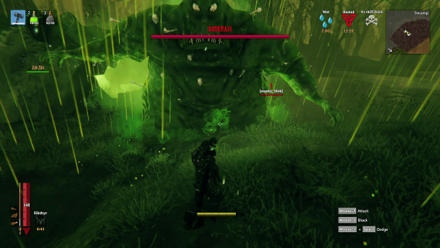 This is a weapons guide to the midgame, which consists of the Swamp and the Mountains biomes.

The Iron Sledge is useful for handling mobs, and is accessible once you get Ymir flesh from the trader. Since it deals blunt damage, it makes the fight against the Bonemass easier.

How to Craft the Iron Sledge

The Frostner is a bit harder to get since you'll need silver and Ymir flesh, but it deals frost, blunt, and spirit damage, making it ideal for multiple enemies. You'll be able to get this item from the mountains once you get the Wishbone from the Bonemass.

How to Craft the Frostner

These are the weapons you'll want at the end of the game, fighting the strongest enemies.

The Blackmetal Sword has the highest DPS in the game, making it the ideal choice for fighting off high level mobs. While it isn't specialized, like the Silver Sword which deals spirit damage, the Blackmetal sword's raw DPS makes it a safe choice for any mob.

How to Craft the Blackmetal Sword

This is the strongest bow in the game. Because a ranged weapon is always useful to have, we recommend getting this weapon.

How to Craft the Draugr Fang

In order for us to make the best articles possible, share your corrections, opinions, and thoughts about 「Best Weapons to Craft | Valheim」 with us!