Blocked From Dungeon? How to Get Into Sunken Crypts | Valheim 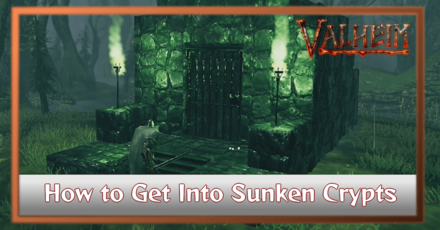 This is an article about the locked Sunken Crypts in Valheim. If you are having trouble entering a dungeon, check this article out!

What are the Sunken Crypts?

Found in the Swamp Biome 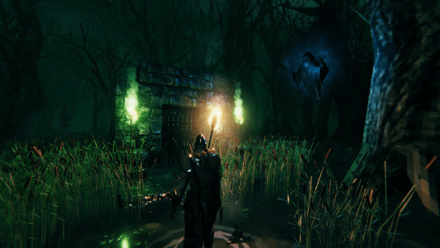 Sunken Crypts are special dungeons found in the Swamp biomes. They look like underground mausoleums made of stone with two eerie green torches in front of it.

Locked Behind a Gate 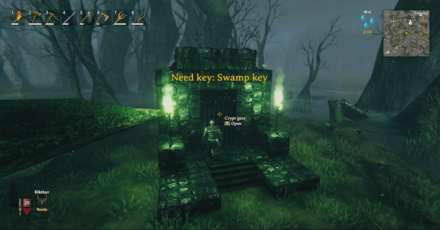 The Crypts are full of precious loot so it is locked behind a gate. This is a method of gatekeeping by the game because some enemies inside the Sunken Crypts are difficult to fight.

How to Get Into Sunken Crypts 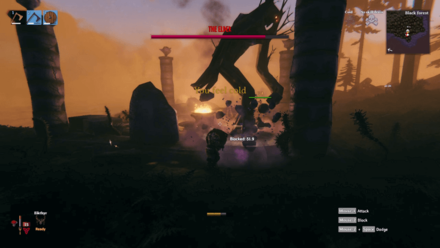 To unlock the Sunken Crypts, you have to use a Swamp Key. This item is obtained by defeating The Elder in the Black Forest biome. Just have it in your inventory and the game will automatically use it when you interact with the Sunkey Crypt gate.

The Elder Boss Guide: How to Summon and Beat the Second Boss 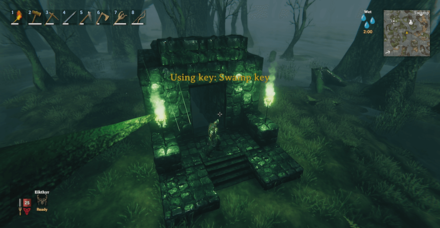 Take note that even though The Elder gives you multiple copies of the Swamp Key, it is infinitely reusable. This item does not break and one is enough to use all Sunken Crpyts in Valheim.

Only One Player Needs to Open the Sunken Crypt

When playing in a multiplayer server, only one player needs to open the Sunken Crypts. This opens up precious inventory space for other players to get all the loot inside the dungeon.

Recently, users have been reporting multiple instances of a bug that disallows them from entering unlocked dungeons like Burial Chambers and Troll Caves.

It is most likely a server lag issue so we recommend restarting the server to hopefully fix it. We have not been successful in replicating said issue but if you did, leave a comment!

Post (2 Comments)
Opinions about an article or post go here.
Opinions about an article or post
We at Game8 thank you for your support.
In order for us to make the best articles possible, share your corrections, opinions, and thoughts about "Blocked From Dungeon? How to Get Into Sunken Crypts" with us!
When reporting a problem, please be as specific as possible in providing details such as what conditions the problem occurred under and what kind of effects it had.