How to Get The Wolf Armor Set | Valheim

At this stage of the game, you may have encountered two capes that have almost identical stats: the Wolf Fur Cape and the Lox Cape.

Both of these armors have the same skill: Resistance VS Frost which is very helpful when you are in the Mountains. They also have the same defense rating!

Which Should I Choose?

Since the main purpose of using these capes is resisting the frigid cold Mountain biome, we suggest just sticking with the Wolf Fur Cape.

Lox Pelt, which is the main material for the Lox Cape, can only be found by killing Lox in the Plains, and by that time, you may as well have moved on from exploring the Mountains biome. Out of sheer necessity, you should forego using the Lox Cape and just use the Wolf Fur Cape.

At this point, you should have a lot of wolf materials like Wolf Trophies and Wolf Pelts lying around in your base. This makes the Wolf Fur Cape easier to craft than the Lox Cape. Waiting for the Plains to craft the Lox Cape is just not worth it.

Wolf Fur Cape also has better durability at max Level 4. This further cements the superiority of the Wolf Fur Cape over the Lox Cape.

How to Craft the Wolf Armor Set

Wolf Pelts are obtained by slaying Wolves in the Mountain biome. These are dangerous creatures so approach with caution!

The Mountain biome is also in a state of permafrost so bring a Frost Resist Mead to mitigate the cold!

Craft and Upgrade Your Forge and Workbenches

The Wolf Armor is an endgame armor set so it needs the upgraded versions of the Forge and the Workbench! 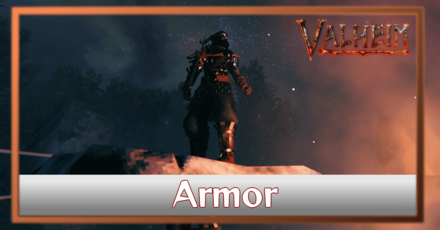 In order for us to make the best articles possible, share your corrections, opinions, and thoughts about 「How to Get The Wolf Armor Set | Valheim」 with us!