Combat Guide: How to Battle in Valehim | Valheim 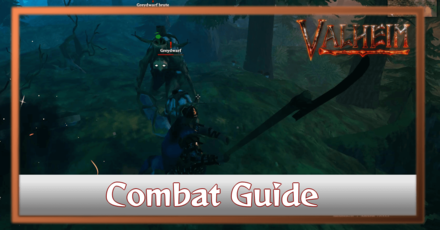 This is a combat guide on how to fight in the game Valheim. Read on to learn how to fight enemies, how to defend their attacks, and how to deal more damage!

How to Fight in Valheim 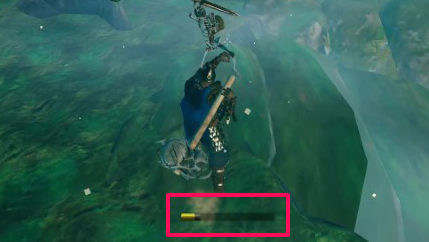 Actions in Valheim will cost stamina for you to execute them, this includes attacking. The amount of stamina used when attacking depends on the weapon being used! Smaller, faster weapons needing less stamina, while big and slow weapons will require more stamina when attacking. Try and keep your stamina up so you can attack and execute other actions when fighting!

More stamina means more attacks, this can be done by eating food. Check out our guide on food combos to see how high you can increase your stamina!
Best Food Combos 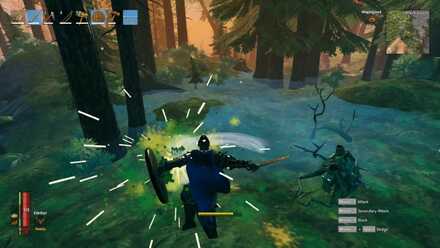 To attack an enemy, you are going to need a weapon! In Valheim, the weapons available have properties that differ from each other, like how much damage they do or if they have a secondary attack. There are 7 weapon types in total in Valheim. And just like how there are different types of weapons, there are also different types of damage! For physical damage, there is Blunt damage, Piercing damage, and Slashing damage.

List of Weapons and How to Craft All Weapons

Each weapon type's set of weapons usually specialize in one type of weapons damage, this can make it easy to know which weapon type to focus on when you need a specific type of damage!

There are also other damage types you can access later on in the game. Check out our guide below on information on all the damage types!
All Damage Types and Effects 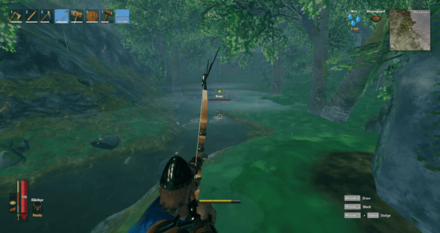 Your best bet when it comes to ranged attacks is to use the bow! The bow requires ammo, and for you to pull it back for maximum effectiveness, but will allow you to deal damage from afar. It can be considered as one of the versatile weapons as it can deal with different damage types depending on the ammo.

Bow Tips: How to Aim the Bow

How to Defend in Valheim 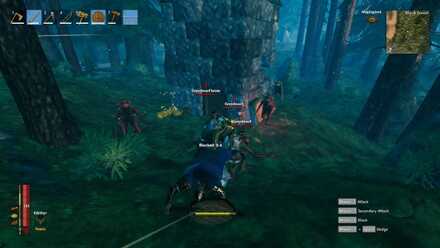 Dodging is going to be a defensive technique you will be using a lot in Valheim! When dodge rolling you are invulnerable to most damage sources during the animation at the cost of stamina. You use 15 stamina for every dodge and the cost increases if you have any speed penalties. You can avoid any amount of damage with dodging, so make sure to get ready to dodge when you need to! 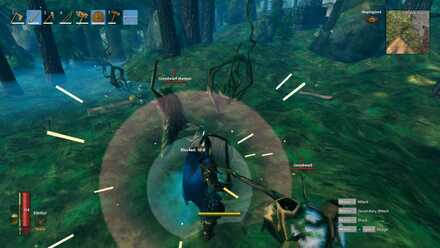 Blocking is another way to avoid taking damage. Blocking is a bit more complicated than dodging. The damage you block will depend on the Block Power you have, which is based on your weapon or shield and your blocking skill. If your Blocking Power is greater than the damage, then you will completely block the damage. Blocking will also require you to use 30 Stamina ｘ % of Blocking Power used to block the damage, meaning the higher your blocking power the less stamina you are going to use! If damage does go through your block you will go into the stagger state. Choose which attacks to dodge and which attacks to block carefully!

Parrying is another way of blocking damage, but with the upside of putting the enemy into the stagger state. The downside is that it will require you to time your block perfectly to parry. Weapons/Shields will have a Parry Bonus stat that will multiply your Block Power, allowing you to block damage that your normal block wouldn't be able to. You can even parry ranged attacks and still stagger the enemy. Watch your enemy's attacks and time your parries to block damage and deal heavy damage yourself!

How to Deal More Damage

The best reason to know the different weapon types and the type of damage they deal is to use the right one against the right enemy. The different enemies you will encounter in Valheim have different weaknesses you can exploit! Attacking and damaging an enemy will show you the damage you dealt with numbers, these numbers can either be white, yellow, or grey. These indicate whether your attack is effective, the attack deals normal damage, or the enemy is resistant to that damage type. 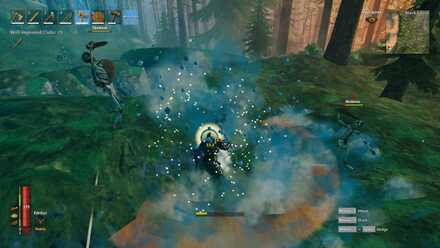 Watch out, enemies can also stagger you! They will stun you and not allow you to take any action, but the damage bonus is luckily not applied to you. 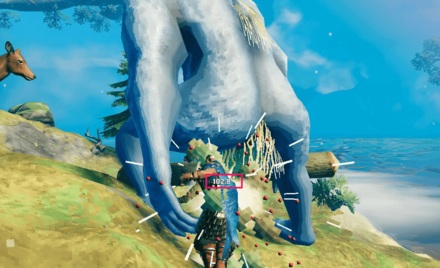 Attacking an unaware enemy will allow you to backstab them! Backstabbing an enemy can deal extra damage, from x2 to x10 depending on your weapon! The damage multiplier depends on the weapon you are using, which can be shown when hovering over them. After backstabbing the enemy they will be immune to further backstabbing for 5 minutes. Sneaking closer can make backstabbing much easier to deal that big damage.
Sneak Skill Effects

In order for us to make the best articles possible, share your corrections, opinions, and thoughts about 「Combat Guide: How to Battle in Valehim | Valheim」 with us!