The Elder Boss Guide: How to Summon and Beat the Second Boss | Valheim 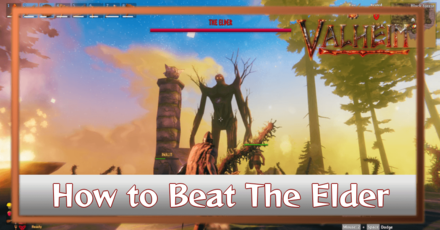 This is a boss battle guide on how to summon and beat The Elder, the second boss of Valheim. Read on to find out what you need to summon The Elder, its attack patterns, and how to beat it! 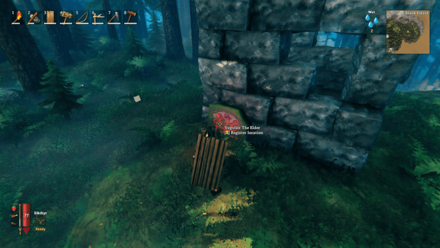 The Elder's Vegvisirs are located in Black Forest biomes. Look for heavily guarded derelict towers within these dark woods — There's a good chance that one of its Vegvisirs are nearby or inside.

Look For The Elder's Ancient Bowl 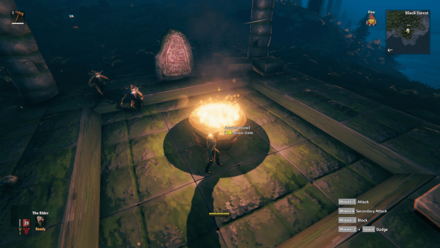 Activating The Elder's vegvisir will reveal one of its Ancient Bowls on your map. These are found within Black Forest biomes.

How To Summon The Elder 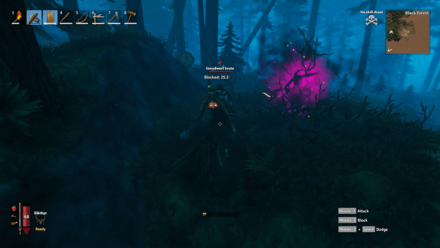 Search and destroy Greydwarf Nests within the Black Forest. These nests drop Ancient Seeds and are required to summon The Elder. Alternatively, you can also hunt Greydwarf Brutes for Ancient Seeds as well.

How to Farm Ancient Seeds

How To Prepare for The Elder's Fight 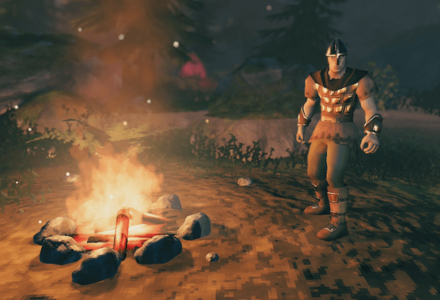 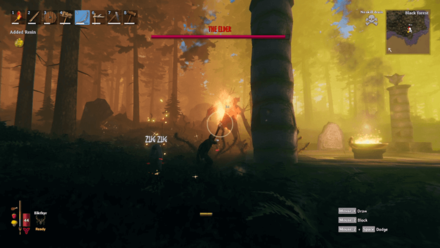 The Elder can regenerate a decent amount of HP per second. Maintain the offensive by lighting The Elder up via Fire Arrows. Doing this properly can prevent a long-drawn fight against this particular boss.

The ideal food combo would be these three to prepare for the fight.

Not only will you want to craft better equipment, but you also will want to upgrade your equipment as high as you can. Even with a full Bronze set and weapon, you can find yourself struggling. Upgrading your Forge will allow you to also upgrade your bronze equipment and make the fight significantly easier!

How to Build and Upgrade the Forge 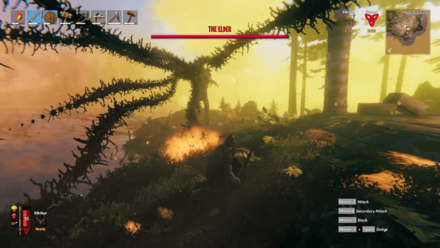 The Elder stretches one of his arms out and shoots out vines that deal massive damage when they connect. 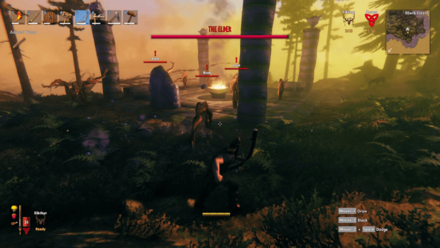 The Elder summons breakable hostile roots in its target area that can swing toward you or your allies for massive damage. 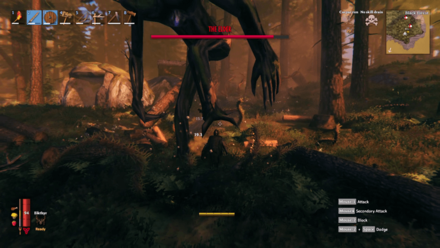 The Elder can stomp the ground with its massive feet whenever you or your allies are within melee range.

Take advantage of the pillars around The Elder's Ancient Bowl as they can provide excellent cover against his Reaching Vines. Nearby trees and rocks may also serve as cover against this particular attack, but it is important to note that they can break once they take too much damage.

The roots of The Elder's Living Earth attack can easily deny safe ground for you and your allies, easily swinging the fight to The Elder's advantage.

Always be ready to relocate and drag the boss to a safe location when fighting it alone.

Groups can appoint certain members to focus these roots instead to hold your ground if necessary.

The Elder's Big Stomp attack can be efficiently blocked with shields.

While seemingly unintuitive at first, staying within melee range can force The Elder to spam Big Stomps instead of the more dangerous Reaching Vines attack. This can make the fight a lot easier — especially during group play.

A Bronze Buckler is an excellent choice for this boss fight since parrying with it allows you to maintain the offensive in melee range.

Check our guide below about Valheim's parry mechanic:
How to Parry: Parry Force and Parry Bonus Explained

Post (0 Comments)
Opinions about an article or post go here.
Opinions about an article or post
We at Game8 thank you for your support.
In order for us to make the best articles possible, share your corrections, opinions, and thoughts about "The Elder Boss Guide: How to Summon and Beat the Second Boss" with us!
When reporting a problem, please be as specific as possible in providing details such as what conditions the problem occurred under and what kind of effects it had.