How to Parry | Parry Force and Parry Bonus Explained | Valheim 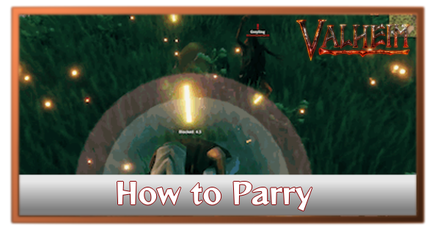 This is a guide on how to parry in Valheim. Learn the meaning of the Parry Force and Parry Bonus stats, and how to block and parry enemies' attacks effectively.

Block Directly Before An Attack

In order to parry an enemy's attack, you will need to block right before an enemy's attack lands. When an enemy is charging its attack, hold the right mouse button to block. If you've timed the parry correctly, you'll hear a clanging sound and the enemy will bounce backwards and be temporarily stunned.

Since there's no time limit, it's possible to spam the block button when aiming for a parry to get the right timing.

Strike When the Enemy is Stunned

After parrying an enemy's attack, hitting it again will deal extra damage, known as the Parry Bonus. You'll know you've achieved the Parry Bonus when you hear another clanging sound on hitting the enemy.

What are Parry Force and Parry Bonus? 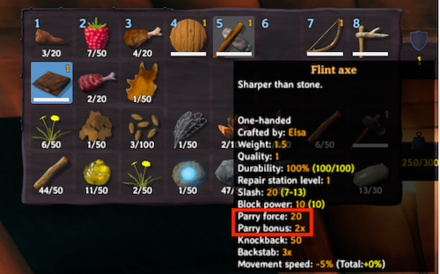 Parry Force and Parry Bonus are two stats which determine the effectiveness of your weapons in parrying enemies' attacks.

The Parry Force of a weapon will determine how strongly the enemy will be repelled on a successful parry. A weapon with a high Parry Force will send enemies flying back.

The Parry Bonus of a weapon determines the bonus to the Block Power of your weapon. High Parry Bonus will allow you to parry attacks that are otherwise unblockable!

Depends on the Weapon Type

Different weapon types have different tendencies for Parry Force and Parry Bonus, so be sure to check these stats when evaluating which weapons to craft. 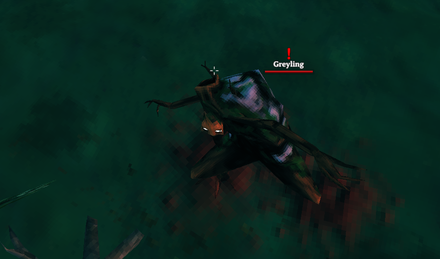 It can be tough to get the timing of the parry down if you don't pay attention to the enemy. Bad timing can lead you just blocking instead of parrying. One way to help perfect your timing is to watch the animations of the enemy. Before they attack they will usually do a wind up animation that signals when they are about to attack. The timing of their wind up animation to their attack animation is always going to be the same, after getting the timing down, all you will need to practice is consistency!

In order for us to make the best articles possible, share your corrections, opinions, and thoughts about 「How to Parry | Parry Force and Parry Bonus Explained | Valheim」 with us!