Update History and How to Update | Valheim 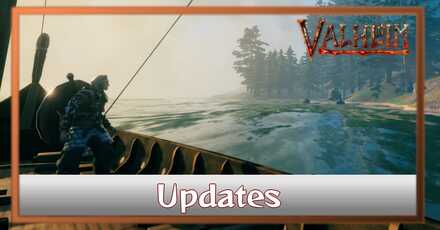 This page contains the update history for all past Valheim updates. See patch notes for all updates in Valheim, as well as upcoming update information, and how to update your game!

According to the official Valheim Roadmap, at least 4 major updates are planned for Valheim later this year, as well as several minor fixes and game patches. While there is no official word on when these updates are supposed to release, we can expect one to drop every two to three months, if not sooner!

Take note that once a character has been saved in the new version of Valheim, they can no longer be played on older versions.

This small update came with a plethora of small features and fixes, a big one being the renaming of the imacheater command to devcommands and connection fixes.

How to Update Valheim

Valheim should update automatically. If it doesn't do so, select it in your Steam Library, then there should be an update button where the Play button usually is. Alternatively you can right click it from the leftside bar and press Update.

Simply click that, and you can find the progress in your Downloads tab by clicking the bar at the bottom of your steam window.

How to Set Steam to Automatically Update

If for some reason your game does not automatically update, go to the Steam Library and right-click it from the left bar, then click Properties. 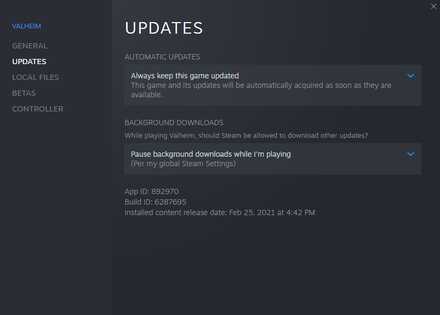 Click the Updates menu from the lefthand side of the window, and select the first gray box. Select Always keep this game updated, or if you want to be sure, choose the high priority option.

In order for us to make the best articles possible, share your corrections, opinions, and thoughts about 「Update History and How to Update | Valheim」 with us!