Bonemass Boss Guide: How to Summon and Beat the Third Boss | Valheim 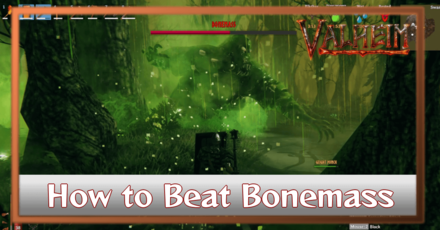 This is a boss battle guide on how to summon and beat Bonemass, the third boss of Valheim. Read on to find out what you need to summon Bonemass, its attack patterns, and how to beat it! 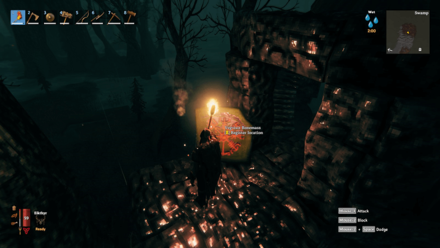 Bonemass' Vegvisirs are typically found near abandoned structures and houses within Swamp biomes. Sunken Crypts may also contain one of these vegvisirs.

Look for the Skull Altar 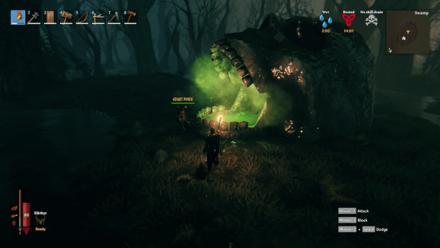 Activating Bonemass' vegvisir will reveal one of its Skull Altars on your map. These are found within Swamp biomes as well.

How To Summon Bonemass 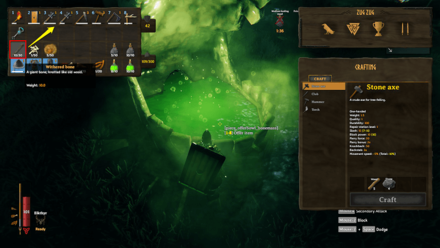 Activate the skull altar by placing the Withered Bones in your toolbar and pressing the number associated with its slot.

How To Prepare for Bonemass' Fight 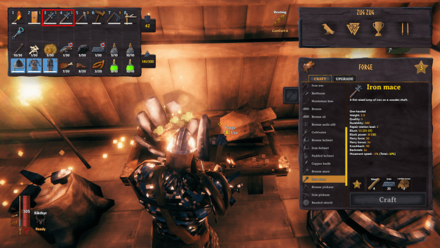 Bonemass is highly resistance to pierce and slash damage. Blunt weapons such as Maces, Clubs, and Hammers are the most effective against it! 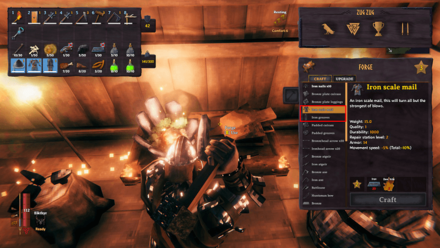 Bonemass' damage can be too much for bronze armor or lower — especially during solo play. It is recommended that you and your allies craft iron scale mails, greaves, and helmets before taking Bonemass on!

Take your time and explore Sunken Crypts in the swamp biomes. These dungeons are excellent sources of Scrap Iron, which is then refined into Iron. 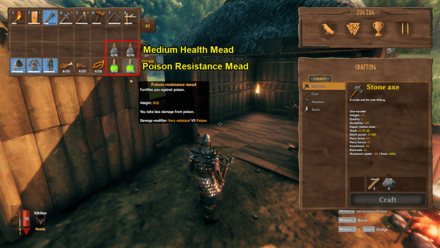 Bonemass' can easily inflict poison damage with its attacks. This can become problematic for you and your allies if left unchecked.

Potions such as the Poison Resist Mead and Medium Healing Mead are excellent items to manage Bonemass' insane damage over time!

Build a Base or Portal 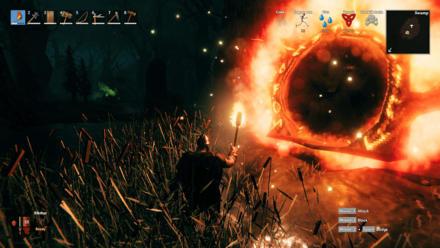 It is always recommended to build a small base with beds or a portal to and from your actual base near a boss' summoning altar.

This allows you and your allies to quickly jump back into the fray if things go south!

Sausages can easily take your maximum HP to about 150 when paired with Cooked Meat and Grilled Neck Tails. 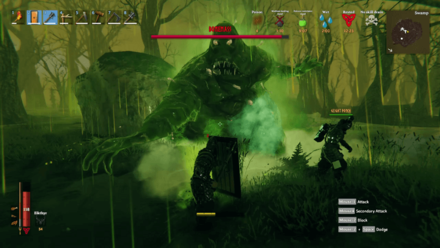 Bonemass uses one of its massive arms to do frontal swipe, inflicting poison damage over time to anyone it connects with.

It is important to note that the poison damage will push through regardless if you block or parry the attack. 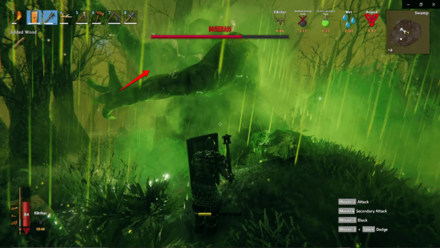 Bonemass grabs a ball of goop from one of its armpits and tosses it in a player's general direction, spawning skeletons and blobs on impact. 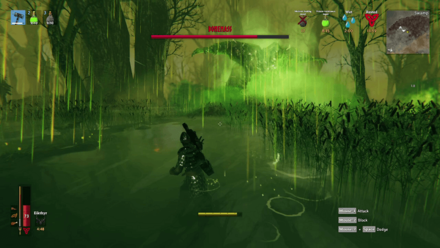 Bonemass ejects its material within, creating a poison cloud in a large radius. Anyone caught in the cloud suffers high poison damage over time.

All of Bonemass' attacks are heavily telegraphed by its arms and head. Refer to the table below for each attack and their respective telegraphs:

Keep Tabs on its Minions

Bonemass' Armpit Bomb attack summons skeletons and blobs in its impact zone. Make sure you eliminate Bonemass' minions to avoid getting overwhelmed! The Iron Sledge and Stagbreaker are excellent weapons to deal with closely grouped minions. 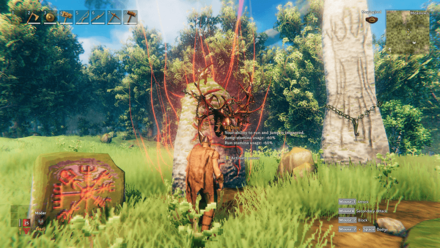 Eikthyr's forsaken power reduces the stamina usage when running and jumping by 60% when activated, and lasts for 5 minutes.

This is an extremely useful power to have against Bonemass since you will be moving around a lot throughout the fight.
Eikthyr's Forsaken Power

After beating Bonemass, Bonemass Trophy item should drop. Taking it to the Forsaken Altar and hanging the trophy will grant you access to Bonemass' Forsaken Power. Equipping it and activating it will grant you increased damage resistance to physical damage. This can help you tank damage and help you survive longer against physical hits.

Register as a member and get all the information you want. (It's free!)
Login
Opinions about an article or post go here.
Opinions about an article or post
We at Game8 thank you for your support.
In order for us to make the best articles possible, share your corrections, opinions, and thoughts about "Bonemass Boss Guide: How to Summon and Beat the Third Boss" with us!
When reporting a problem, please be as specific as possible in providing details such as what conditions the problem occurred under and what kind of effects it had.