This is a guide to Carbink's Photodex entry in New Pokemon Snap (Pokemon Snap 2) for the Nintendo Switch. Here you can find out how to take one star, two star, three star, and four star photos for Carbink, and how to get a diamond star rating!

How to Get All Stars for Carbink

How to Take Carbink 1 Star Photo

You can take a 1 Star photo of Carbink by capturing a photo of the Pokemon as it floats around. The best spot to do this is in the lush cave after taking the alternate route through the gem cave. Toss an Illumina Orb at the hidden Crystabloom to lure out the Carbink. Once the Carbink calms down, take a close-up photo of it.

How to Take Carbink 2 Star Photo

To get a 2 Star photo of Carbink, you can make Diance reveal itself in the first alternate route of the Cave course at Research Level 3 by tossing Illumina Orbs at the two Carbink and the Mawile. Toss another Illumina Orb at the Diance and take a photo of the Carbink happily spinning around.

How to Take Carbink 3 Star Photo

For a 3 Star photo of Carbink, go to the Cave course research-level 2. Upon entering the Giant Crystals area, you'll find Carbink being chased by three Sableye. Throw an Illumina Orb at Carbink twice and it will start to glow. Take a close-up shot of a shining Carbink to achieve 3 Star Diamond.

How to Take Carbink 4 Star Photo 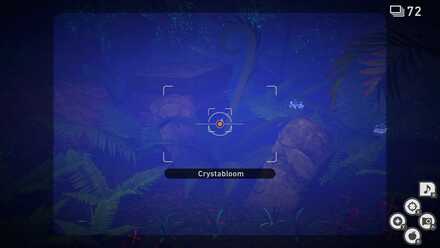 You can take a photo of a dancing Carbink near the end of the course after taking the first alternate route through the gem cave. As you enter the lush cave, toss an Illumina Orb at the hidden Cystabloom shown in the image to make two Carbink come out. Toss Illumina Orbs at the two Carbink and play the Melody to make them dance. Take a photo of the dancing Carbink to get a 4 Star photo.

In order for us to make the best articles possible, share your corrections, opinions, and thoughts about 「Carbink Locations and How to Get All Stars | New Pokemon Snap (Switch)」 with us!