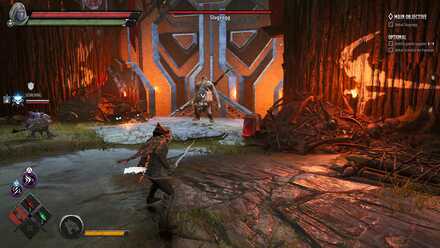 This is a strategy guide for beating Slugvogg, a boss in Dungeons & Dragons: Dark Alliance. Learn about Slugvogg's attack patterns, weaknesses, and tips and strategies for defeating them.

Slugvogg is quite tanky, but otherwise his attack style remains the same as other Verbeegs - slow movements but heavy damage. He will have a few new abilities to look out for. 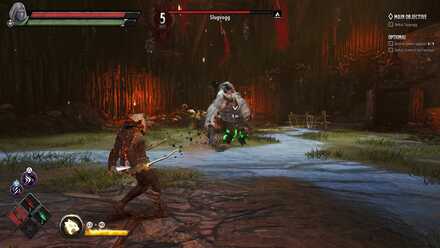 Slugvogg points and thrusts his spear in your direction. Dodge to the side. 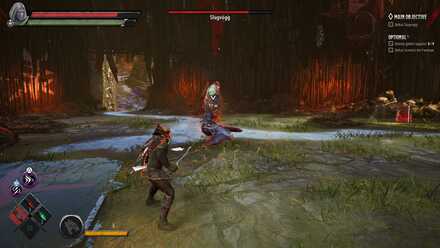 Slugvogg throws his spear at you if you're far away. If caught, you'll get dragged to him. You can telegraph when he'll do this since he'll be outlined red. Dodge to the side to avoid this. 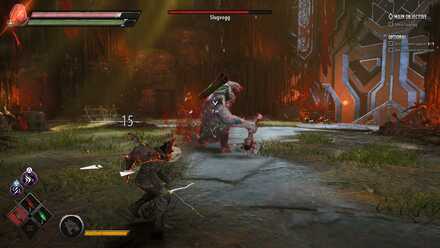 Slugvogg clears the area in front of him with his spear twice. He'll be winding back his arm and outlined red when he's about to do this, so just dodge out of the way. 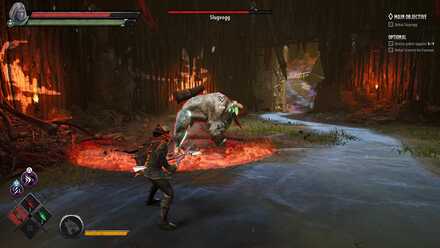 Slugvogg lifts his arm up then pushes it down to the ground, causing AoE damage. Dodge in any direction away from him. 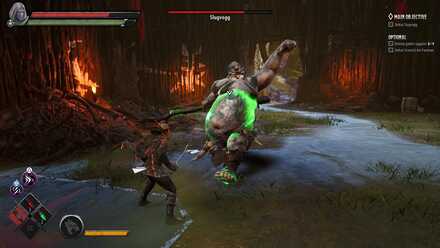 Slugvogg covers a lot of ground by leaping forward and trying to slam his fist down on you. Dodge backwards when you see him start to lean back. 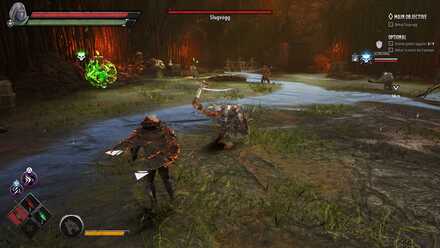 There will be gobilins in the combat area when you enter. Clear them out before engaging Slugvogg so that your combos aren't interrupted. 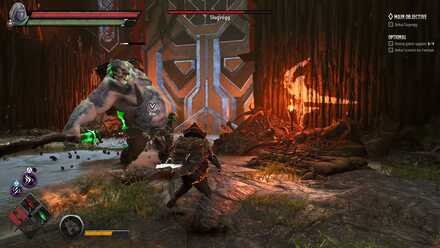 As with other Verbeegs, quick movements and dodges are important in this fight. Your primary strategy will be to get a couple hits in then dodge away when he's about to do any attack. Repeat this and you should win easily. Blocking won't be too useful here. 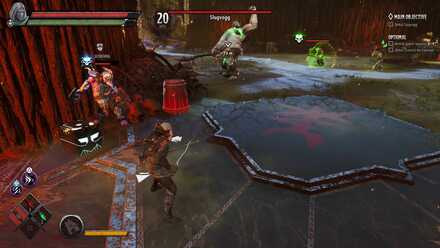 There's a few explosive barrels in the area you can use to damage Slugvogg. He has sluggish movements so he won't be able to get out of the barrels' damage AoE. 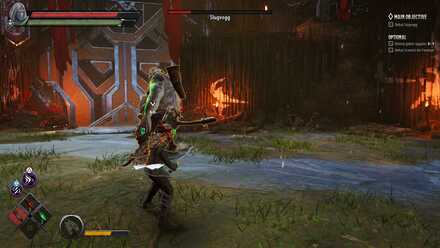 Like with other Bosses, Slugvogg will get Exhausted after using several moves. At that point, you can knock him down with a Fierce Attack and you can get a couple free hits in. Hit him from behind to get a critical strike.

Register as a member and get all the information you want. (It's free!)
Login
Opinions about an article or post go here.
Opinions about an article or post
We at Game8 thank you for your support.
In order for us to make the best articles possible, share your corrections, opinions, and thoughts about "How to Beat Slugvogg | Boss Fight Guide" with us!
When reporting a problem, please be as specific as possible in providing details such as what conditions the problem occurred under and what kind of effects it had.