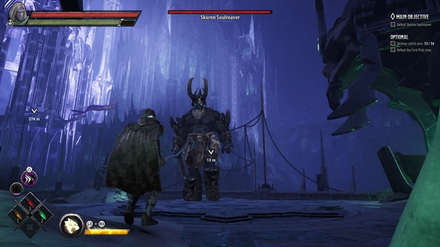 This is a strategy guide for beating Skornn Soulreaver, a boss in Dungeons & Dragons: Dark Alliance. Learn about Skornn Soulreaver's attack patterns, weaknesses, and tips and strategies for defeating them.

Skornn Soulreaver is a Frost Giant who wields an axe and can deal heavy damage. However, his massive size means his moves are very slow and easy to dodge. Evade his attacks well and you'll be able to defeat him handily. 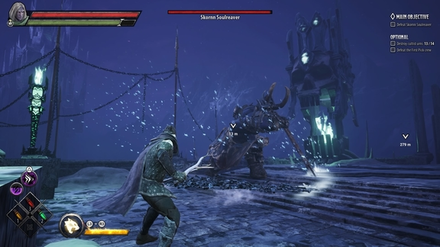 Skornn Soulreaver slams his axe into the ground and sweeps the area in front of him, damaging anyone hit. Dodge backwards to avoid this. 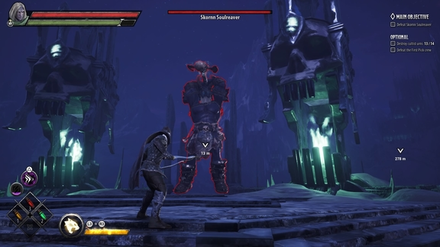 Skornn Soulreaver lifts his axe and then brings it down with great force, dealing AoE damage. Ice spikes will pop up from the ground upon impact. He'll be outlined red so it will be easy to telegraph. Dodge backwards once you see him raise the axe up. 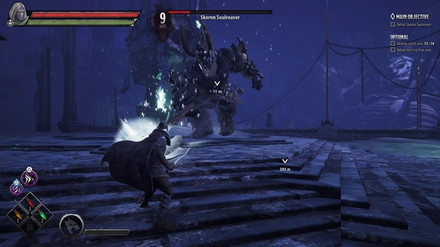 Skornn Soulreaver charges forward and smashes into anyone in his direction. He begins this move by leaning back so prepare to dodge to the side when he's charging to you. 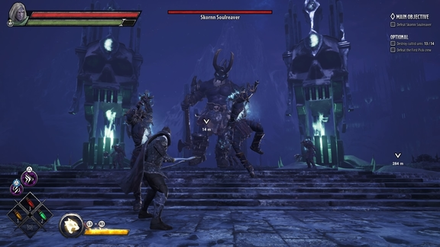 There are Stygian Raiders when you first enter the combat area. Deal with these enemies before fighting Skornn Soulreaver so that your attacks won't be interrupted and you can dodge without worrying about enemies surrounding you. 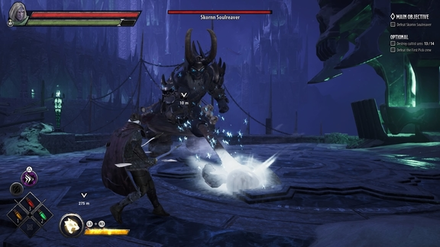 You can employ similar tactics as when fighting Verbeegs since Skornn Soulreaver has similarly slow movements. Outmaneuver his attacks and try attack him from behind and you'll be able to win this battle.

Use Your Abilities Early 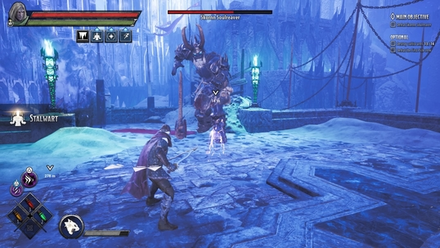 Once you've gotten rid of the minions, spam all your abilities at Skornn Soulreaver, including your ultimate, and the fight could end fairly quickly. This is because his slow movements won't be able to withstand the onslaught of attacks and you'll be to cut down his health by a large amount.

Register as a member and get all the information you want. (It's free!)
Login
Opinions about an article or post go here.
Opinions about an article or post
We at Game8 thank you for your support.
In order for us to make the best articles possible, share your corrections, opinions, and thoughts about "How to Beat Skornn Soulreaver | Boss Fight Guide" with us!
When reporting a problem, please be as specific as possible in providing details such as what conditions the problem occurred under and what kind of effects it had.