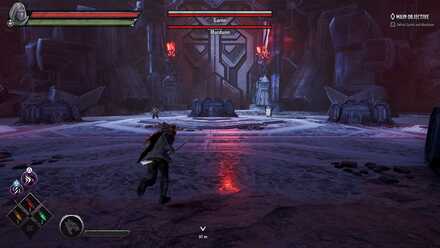 This is a strategy guide for beating Garnn and Murdunn, a boss in Dungeons & Dragons: Dark Alliance. Learn about Garnn and Murdunn's attack patterns, weaknesses, and tips and strategies for defeating them.

Garnn and Murdunn are duergar that you'll have to fight simultaneously. Garnn has regenerative armor and uses a sword and shield and is dangerous at close range. Murdunn is a caster who will prefer to fire spells at you from a distance but will have no armor. 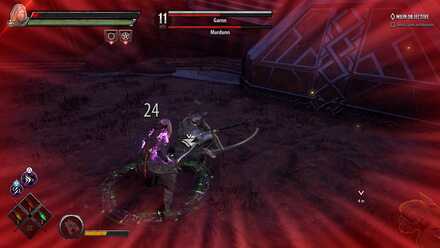 Garnn strikes his sword at you when you get close to him. Dodge away from him or block to avoid this. 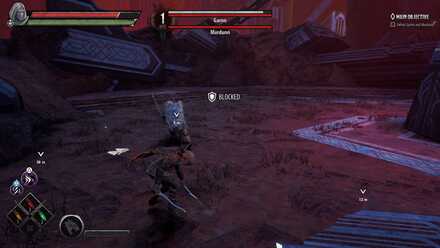 Garnn shoves his shield in your direction, simultaneously blocking and damaging you. Dodge in any direction away from him to evade this. 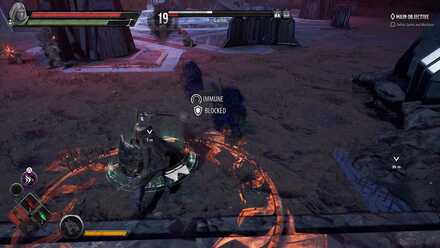 Garnn creates shadow versions of himself that you'll have to kill in order to break his immunity. 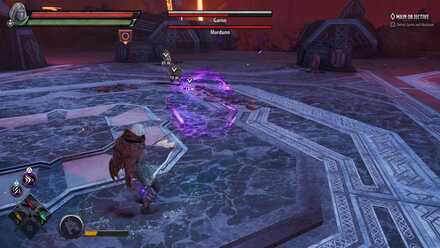 Murdunn generates orbs in his hands and fires them at you one by one. He casts this spell a number of times so continue dodging to the side until he stops. You'll see him charging this spell up so getting some distance will make it easier to evade. Getting hit by this will cause you to be Cursed. 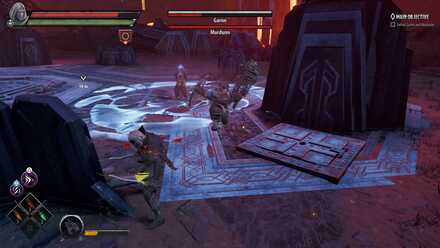 Murdunn raises his arms and casts a blast of energy in the area around him, anyone caught inside the zone is damaged. You can telegraph this easily since he takes some time to cast the spell. Dodge backwards. Getting hit by this will cause you to be Confused. 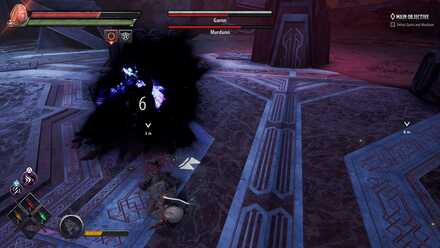 Murdunn uses dark energy to deal an AoE damage blast. Usually cast when you're close to him, he disappears for a split second and teleports behind or beside you. You'll see him crouch before jumping when he's about to cast this. You can try to block this but it's best to dodge to the side. 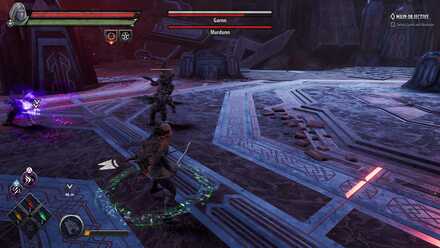 As you fight the two bosses, archers will spawn around you. They can be a nuisance to deal with since they'll interrupt your attacks from afar. Deal with them first to have an easier time. 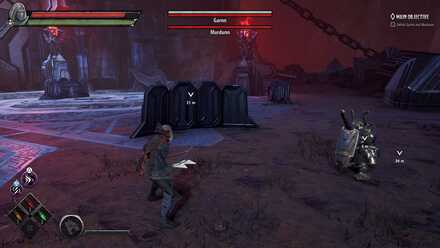 There are barricades around the combat area that you can use as cover from Murdunn's Spell Ball. This spell won't be able to penetrate the barricade. If he tries to get near you, just move to the next barricade. 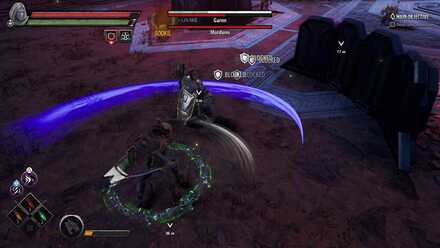 In connection with the barricades, while Murdunn will stay back and cast spells even if you're behind cover, Garnn will be trying to fight you up close. He will separate from Murdunn, and you can fight him 1-on-1. Since he has no AoE spell, freely use your combos on him.

Stay On the Move 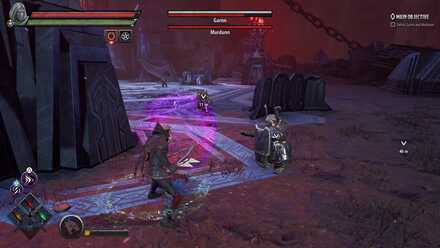 Since Murdunn has spells to hit you with from both close and long range, make sure you're aware of what he's casting and always be ready to dodge in any direction. The cast time for his spells takes a while so you should have ample grace periods to evade.

Wait Until They're Exhausted 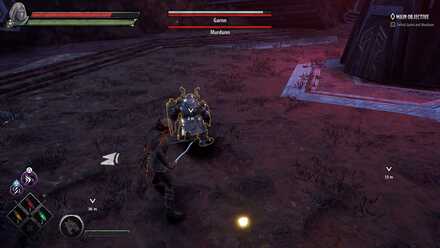 After casting numerous moves, they will sometimes be outlined yellow indicating they're Exhausted. At this state, hit them from behind to get a critical hit.

In order for us to make the best articles possible, share your corrections, opinions, and thoughts about 「How to Beat Garnn and Murdunn | Boss Fight Guide | Dungeons & Dragons: Dark Alliance」 with us!