How to Beat Bjorn, The Hewer of the Judged | Boss Fight Guide | Dungeons & Dragons: Dark Alliance 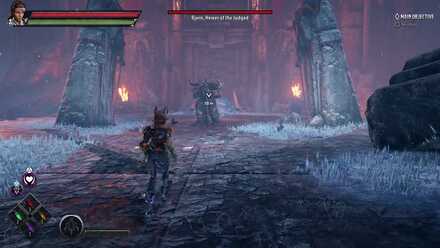 Bjorn, The Hewer of the Judged Battle Overview

Bjorn is a stronger version of Frost Giants. What makes this fight more difficult is having to deal with the Judged Spirit Wraith that can inflict Cursed on your characters. There is also frost environment hazard scattered around the arena, further making this fight a challenge.

Bjorn, The Hewer of the Judged Attacks and Abilities 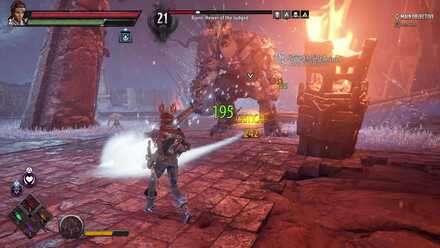 Bjorn drops his ax and charges forward with it, after stopping he will slam his ax in front of him, dealing more damage around him. The initial charge damage is little but can push you back, making the slam more likely to hit, which will deal heavy damage. 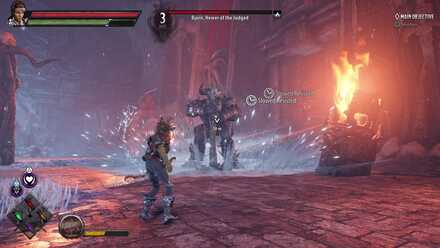 Bjorn lifts his ax and smashes it into the ground, releasing a blast of ice around him. This attack deals a ton of damage and is unblockable. Keeping your distance is your best bet for avoiding the attack. 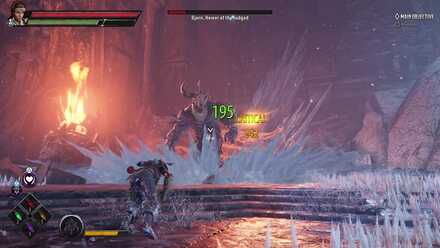 Bjorn stomps his foot in front of him, releasing icicle spikes from the ground. A quick heavy-hitting attack that can deal a ton of damage if you are hit. 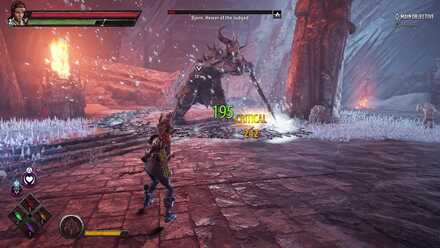 Bjorn swings his ax in front of him that deals damage, with a blast of frost that follows up after the swing. This attack's initial damage can be blocked but the chip damage from the frost can still some damage.

Tips & Strategies for Beating Bjorn, The Hewer of the Judged

Focus on the Judged Spirit 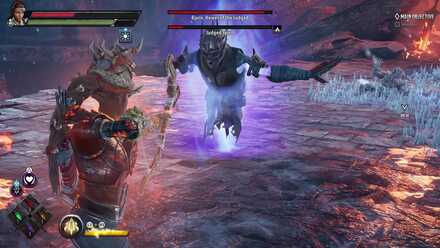 Focusing on the Judged Spirit first will make the entire fight much easier. If ignored, the Judged Spirit can inflict Cursed status on your character, making them take 50% more damage. This can make even the weakest attacks something you can't ignore. Luckily the Judged Spirit does not have much health and only has a few attacks.

Use the Bonfires or Avoid the Ice 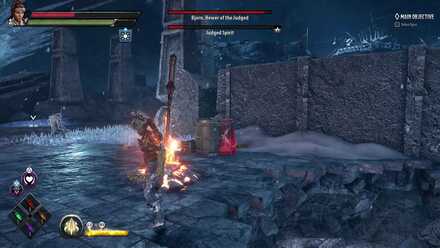 The arena for this boss fight is filled with the ice environmental hazard. This will make the battle difficult as you take damage and become slowed whenever you stand on the ice. Luckily, there are a few bonfires around the arena that will give you the Warm status effect that negates the ice. Make sure you have the buff up as much as possible.

Dodge Instead of Blocking 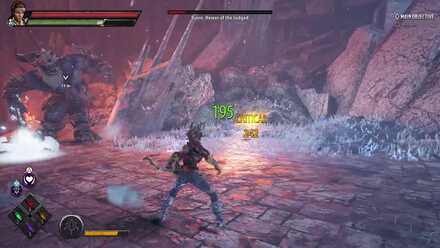 Like other Frost Giants, Bjorn's attacks are slow but deal a ton of damage. Some of his attacks are blockable, but still deal chip damage that can add up if you constantly attack, while other attacks can't be blocked at all. Watching for his attack animations while on the offensive then getting out of the way is your best bet on beating him!

In order for us to make the best articles possible, share your corrections, opinions, and thoughts about 「How to Beat Bjorn, The Hewer of the Judged | Boss Fight Guide | Dungeons & Dragons: Dark Alliance」 with us!