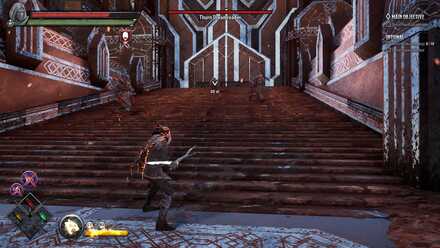 This is a strategy guide for beating Thurn Dreamreader, a boss in Dungeons & Dragons: Dark Alliance. Learn about Thurn Dreamreader's attack patterns, weaknesses, and tips and strategies for defeating them.

Thurn Dreamreader is a Duergar that can deal damage from any range. He has fairly low health so it could be a quick fight. Just be aware of his swift movements and spells. 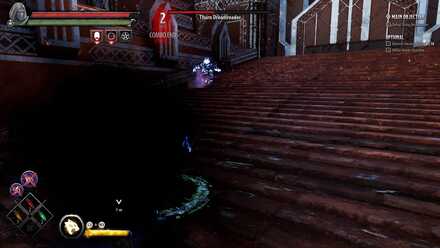 Thurn Dreamreader uses dark energy to deal an AoE damage blast. Usually cast when you're close to him, he disappears for a split second and teleports behind or beside you. You'll see him crouch before jumping when he's about to cast this. You can try to block this but it's best to dodge to the side. 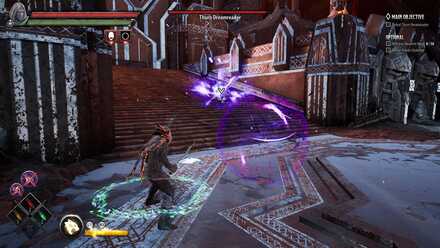 Thurn Dreamreader generates orbs in his hands and fires them at you one by one. He casts this spell a number of times so continue dodging to the side until he stops. You'll see him charging this spell up so get some distance before he does. Getting hit by this will cause you to be Cursed. 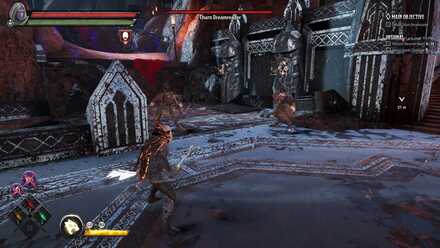 There will be Gnoll minions that spawn in the area. They can deal decent damage and cause Bleeding, so it's best to take care of them before even fighting him.

Don't Get Caught In A Combo 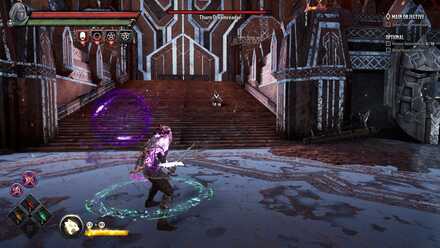 While Thurn Dreamreader doesn't have much health, the dangers when fighting him are his lethal combos that cause numerous Debuffs. He can continuously use Spell Ball and just pin you down. Be ready to Evade when you see him about to cast any spell.

Use Your Ultimate ASAP 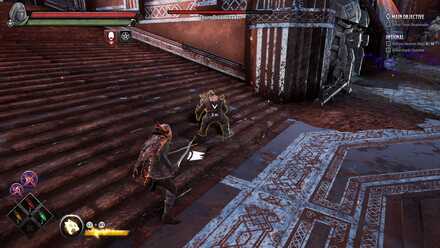 Due to his low health, using your Ultimate as early as possible in the fight will make it end a lot quicker. You can also wait until he's Exhausted since he won't be able to defend himself and you can combine your Ultimate and combos to win immediately. Ultimates along with Fierce Attacks can interrupt his spell casting.

In order for us to make the best articles possible, share your corrections, opinions, and thoughts about 「How to Beat Thurn Dreamreader | Boss Fight Guide | Dungeons & Dragons: Dark Alliance」 with us!