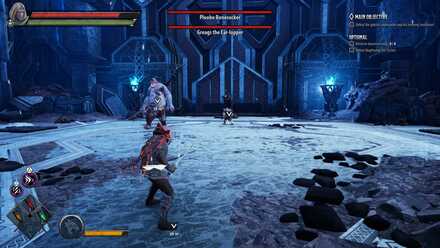 You will fight these two bosses at the same time. They are like Goblins and Verbeegs but have more health and damage.

Greags the Ear-lopper, the goblin, will be the quicker of the two but won't deal too much damage in comparison to Ploobo.

Ploobo Bonesucker has slower movements but has a variety of attacks that deal high damage. His attacks are based around being up close to you. 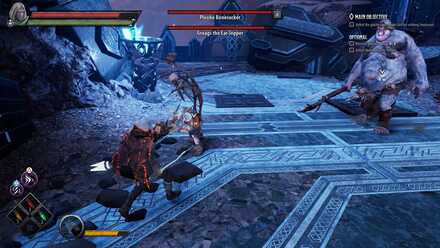 Greags will thrust his spear in your direction. This can be easily dodged or parried. 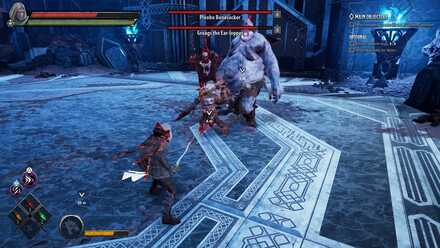 Greags will lift his spear up and bring it down on you. This can be easily telegraphed since he'll be outlined red. Dodge to the side or backwards to avoid it. 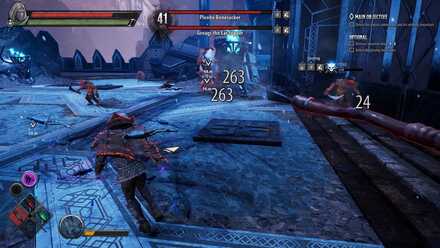 Ploobo will throw his spear at you if you're far away from him. If caught, you'll get dragged back to him. You can telegraph when he'll do this since he'll be outlined red. Dodge to the side to avoid this. 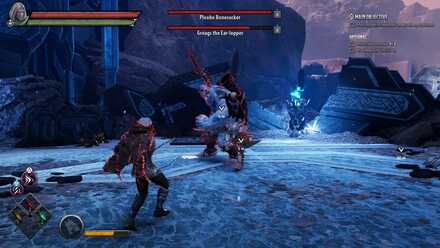 Ploobo will swing his spear in the area in front of him twice, then will thrust it in your direction. He'll wind up his arm when he's preparing to do this. Dodge backwards to get out of range. 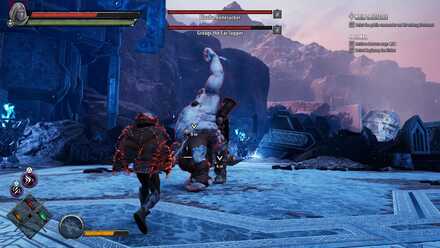 Ploobo will lift his arm up then push it down to the ground, causing AoE damage. Dodge in any direction away from him. 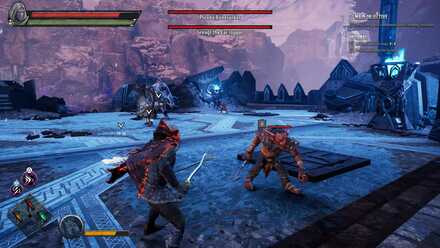 Take out the minions first so you can focus on the bosses. They will be an issue during combat since they can interrupt your combos and deal damage if they surround you. Their healthpool is low so a few basic attacks will be enough. Isolate them from the two bosses. Once you clear the first wave, a second wave will spawn after some time. 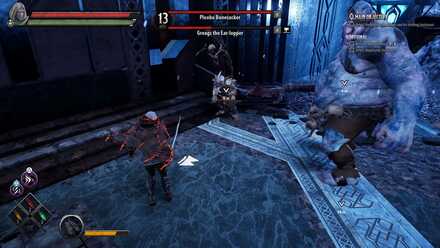 Once you've killed the minions, prioritize finishing Greags off. He's easier to deal with since you can perma-lock him with a combo and constantly knock him down. Try to pin him into a corner and slash away and he won't be able to defend himself.. 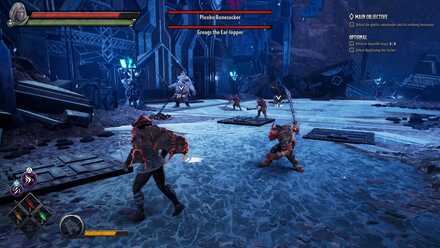 When doing the first two Tips, make sure you still have vision of Ploobo. Even if you keep your distance from him, he can still drag you back with his spear so be aware when he's preparing to do so. You need to know where he is at all times since he'll deal heavy damage once near you.

Stay on the Move 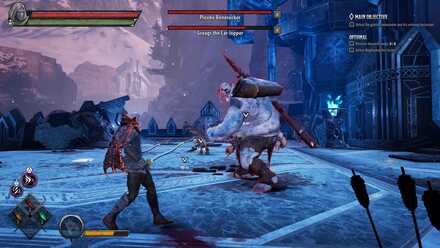 Once Ploobo is the only one left, your strategy will be to quicky go in and out of his attack range. When you're within attack range, hit him as many times as possible. But when you see he's winding up an attack or is outlined red, immediately dodge away from him.

Register as a member and get all the information you want. (It's free!)
Login
Opinions about an article or post go here.
Opinions about an article or post
We at Game8 thank you for your support.
In order for us to make the best articles possible, share your corrections, opinions, and thoughts about "How to Beat Greags the Ear-lopper and Ploobo Bonesucker | Boss Fight Guide" with us!
When reporting a problem, please be as specific as possible in providing details such as what conditions the problem occurred under and what kind of effects it had.