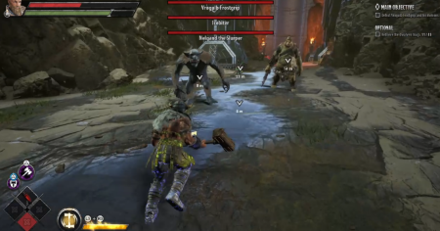 This is a strategy guide for beating Vrogulb Frostgrip, Icebiter, and Nelgland The Slurper, bosses in Dungeons & Dragons: Dark Alliance. Learn about their attack patterns, weaknesses, and tips and strategies for defeating them.

Vrogulb Frostgrip is a Goblin Booyahg who will cast spells at you from a distance. To prevent you from reaching him, he will be protected by two tanky bosses that you'll also have to fight, Icebiter and Nelgland The Slurper.

Icebiter is a Troll who primarily uses ice or frost abilities in combat. He'll have fairly quick movement despite his size and will try to get near you.

Nelgand will have the usual moveset of a Verbeeg. He'll be slow in combat but can deal heavy damage. 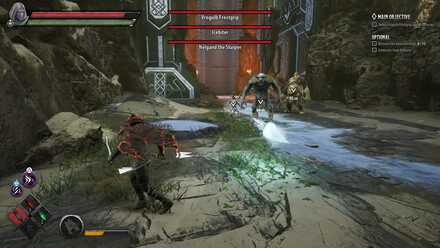 Vrogulb Frostgrip will cast ice shards at you from a distance. Getting hit by these multiple times will cause you to get Frozen and immobilized. This spell has a short cast time but you'll be able to see him readying it, so be prepared to dodge to the side. 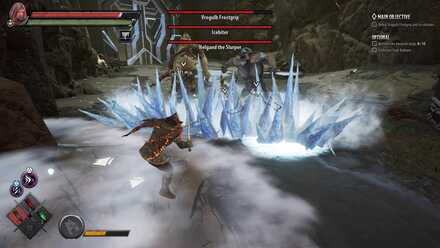 If you get near Vrogulb Frostgrip, he will cast a spell that makes ice spikes come out of the ground and hit you. You can telegraph this easily since the area that will be hit will glow white right before the spikes come out. Avoid these areas and you'll be fine. 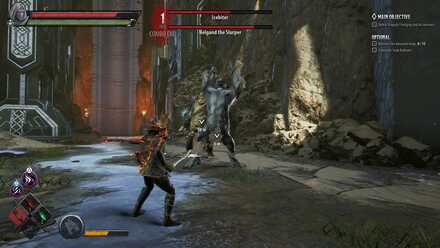 Icebiter will slam the ground and deal AoE damage. Try to time your parry to when he's about to bring his arms down to get a couple free hits on him. Otherwise, dodge to the side. 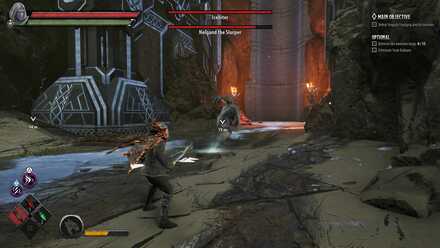 Icebiter will cast a trail of ice in your direction if you're far from him. You can block it or dodge to the side. 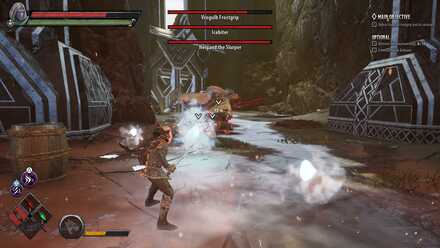 If you're near him, Icebiter will breathe ice at the area in front of him, freezing anyone who gets hit. This takes a while to cast since he'll start taking in a lot of cold air, so just get some distance from him.

Nelgland The Slurper Attacks and Abilities 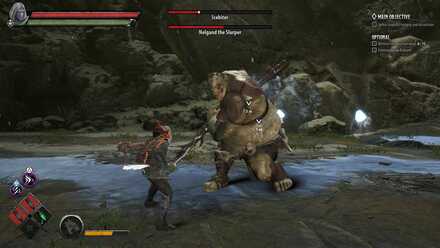 Nelgland The Slurper covers a lot of ground by leaping forward and trying to slam his fist down on you. Dodge backwards when you see him start to lean back. 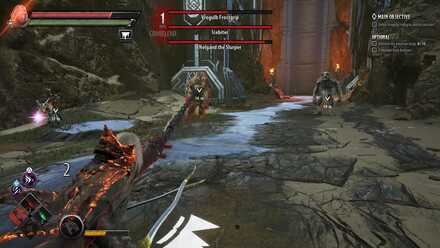 Nelgland The Slurper throws his spear at you if you're far away. If caught, you'll get dragged to him. You can telegraph when he'll do this since he'll be outlined red. Dodge to the side to avoid this. 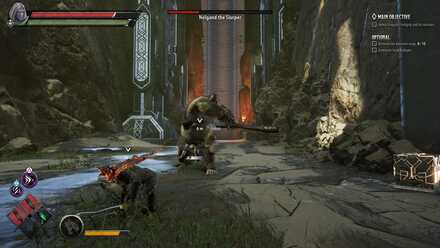 Nelgland The Slurper clears the area in front of him with his spear twice. He'll be winding back his arm and outlined red when he's about to do this, so just dodge out of the way. 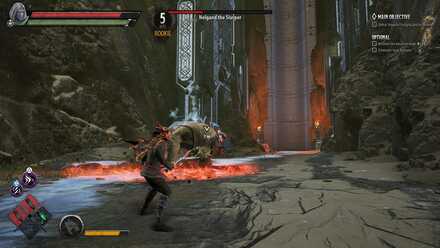 Nelgland The Slurper lifts his arm up then pushes it down to the ground, causing AoE damage. Dodge in any direction away from him. 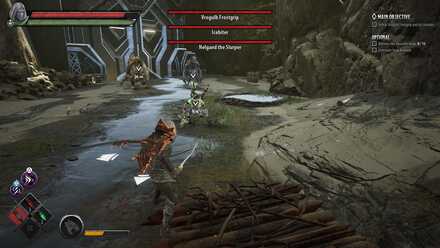 It's best to kill Vrogulb Frostgrip first since he makes Icebiter immune from any attacks. He also prefers long range attacks which can be a problem if you're trying to fight one of the other bosses. He's weaker than the other two so it should be quicker to kill him.

Let Them Hit Each Other 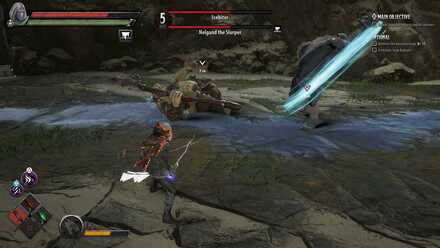 Since these three bosses have a number of AoE abilities, they have a tendency to damage each other with them. Try to bait these out by dragging them and grouping them together. 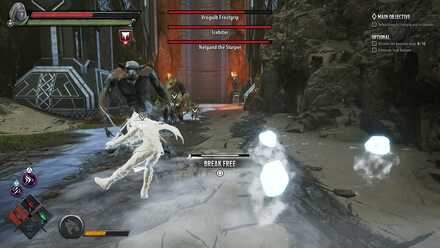 Three bosses means a lot of abilities and attacks being cast at the same time. While you can block one attack, there's no guarantee that you'll block the other if it comes from a different direction. You'll have to be constantly evading attacks. This is especially important in this fight since you can get Frozen and end up getting permahit.

Attack When They're Exhausted 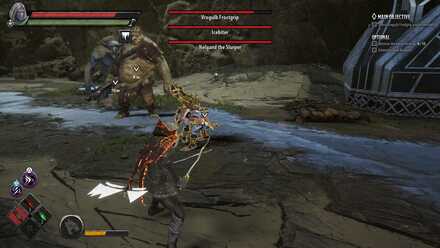 Like all Bosses, these three will get Exhausted after using many abilities. This gives you a chance for some free attacks. Make sure to hit them from behind to ensure a critical hit.

In order for us to make the best articles possible, share your corrections, opinions, and thoughts about 「How to Beat Vrogulb Frostgrip, Icebiter, and Nelgland The Slurper | Boss Fight Guide | Dungeons & Dragons: Dark Alliance」 with us!