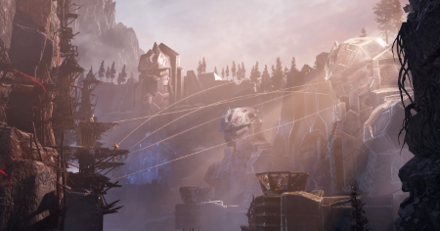 This is a walkthrough for Goblins at the Gates, Act 1 of Companions of Icewind Dale in Dungeons & Dragons: Dark Alliance. Learn more about the objectives of this quest, available rewards, tips for completion, locations of attribute shrine, as well as boss fight strategies!

Goblins at the Gates Basic Information

Goblins at the Gates Walkthrough

Locate the lookout in the frozen cave

Go up the Battlehammer Gate. Defeat the goblin commander and his verbeeg lieutenant

Goblins at the Gates Optional Objectives

There are already a variety of different enemies in this mission despite it being your first one. Goblins come in different variants. The regular ones that wield swords and bows are pretty easy to deal with. However, some have shields which you need to break to kill them. Others are charged with an element making them extra difficult to kill.

However, the true difficult enemies here aside from the boss are the verbeegs and cultists. Verbeegs are bulky so make sure you deal it as much damage as you can and bring it down quickly. Cultists are a bit different as they are quick to attack and almost always stun you.

Look Out For Treasure

Treasure is abundant in this mission so look out for pouches, bags, and chests that contain gold or equipment. Further, the red crystals scattered all around the level have

Use Your Ultimate Wisely 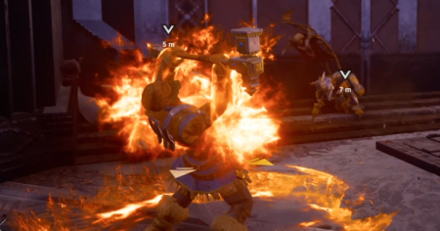 Most of the 4 heroes will be able to remove 25% of the boss's HP with one ultimate. Just make sure that you have plenty of resources to battle with these guys as they are not exactly easy to bring down. They're not exactly that hard either with the pair just summoning goblins which are more of a nuisance than difficult.

Dispose of Greags first as he is quite easier to get lost with the number of goblins they summon. Then, defeat Ploobo last and it'll just be like defeating a verbeeg - just bulkier.

Goblins at the Gates Chest Locations

In order for us to make the best articles possible, share your corrections, opinions, and thoughts about 「Goblins at the Gates Act Guide and Walkthrough | Dwarven Mug Locations | Dungeons & Dragons: Dark Alliance」 with us!