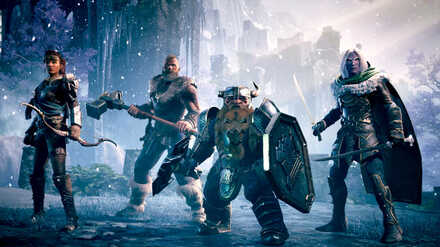 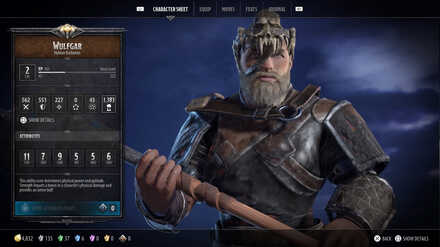 Heavy, area-hitting damage is where Wulfgar shines his brightest albeit in a slower manner than Drizzt. We recommend that you prioritize upgrading his Strength and Dexterity to maximize his damage output to help clear out groups of enemies. If you plan on equipping him with a Warhammer that grants Elemental Damage, your third priority should be Intelligence. 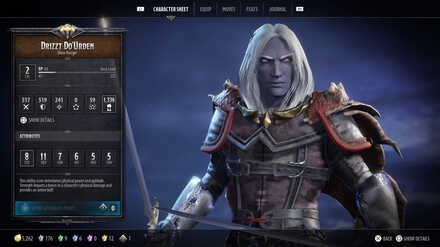 As a stealthy speedy rogue, a high Dexterity Attribute puts Drizzt right in his element. If you plan on playing the game solo with Drizzt, we recommend putting his Intelligence, to lower his cooldowns, and Charisma, to enhance his Ultimate charge rate, as your second priority. 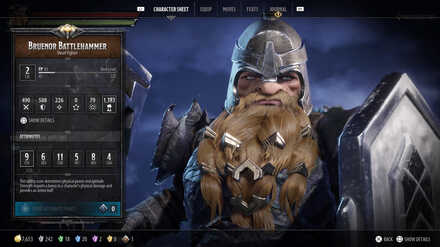 You will need a lot of Constitution to really live up to the title of being "tough as nails" according to the developers. Prioritizing Bruenor's Charisma is also a good idea if you plan on playing the tank role in a party. Lastly, Strength will determine if you can dish out the same damage you can take. 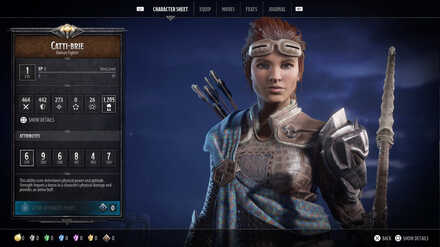 Catti-brie is the only character to have an ability that is capable of healing yourself and your allies. Intelligence should be your first priority if you plan on fulfilling your role as support. Dexterity will also make your long-ranged attacks deadlier. You should also focus on upgrading your Constitution to enhance your chances of survival in case you get in a tight spot.

Is There Character Creation?

Unlike most traditional D&D games which features players making their own characters, this game does not feature any form of character creation. Instead you will have to choose from the aforementioned four available characters.

Who is the Best Solo Character?

Every member of the Companions of the Hall is quite remarkable and powerful in their own right. Each plays a significant combat role in respect to their class.

However, that being said, the honor of being the "best solo character" will have to go to Drizzt Do'Urden. In regards to the gameplay, Drizzt, being capable of doing multiple hit-and-run tactics, has the most advantageous combat system due to his speed.

You can also use Catti-brie and abuse her possibly bugged Charged Arrows. Just use manual aim, hold R2 (Fierce attack), aim at the ground near your target, and release. This will cause all three charged arrows to hit your enemy and everything near the point of impact, which is just broken. This may be nerfed in future updates so you might want to have another main ready just in case.

Which Character Do You Plan to Main?

While there is no official list of DLC characters yet, it has been announced by the developers that there will be a new playable character around the fall of 2021 as part of the Echoes of the Blood War expansion! Check out their post-game launch plan in the tweet below.

Check back on this page to find out more about new characters in the game!

Who is the New Character?

Possibly Regis or a Non-canon Mage

It's been speculated by fans that the new character will be Regis, a Halfling rogue from the series of books Dark Alliance is based on. Regis is the only member of the Companions of the Hall who is not in the game, so it makes perfect sense that he'll be added in later on. The merchant you meet at base camp even mentions Regis by name so it's clear the developers have future plans for him.

The difficulty in incorporating Regis may be due to the fact that his skills in the books aren't necessarily based around combat. While skilled in crafting potions and trinkets that could aid his companions, he's also known for being afraid of fighting and for sneaking away from battles.

If the developers do add Regis to the game, it'll be interesting to see how they'll factor in these details.

If Regis does end up being the DLC character, however, that means we'll have to continue waiting to see if a Mage-type character will be introduced in the future.

Register as a member and get all the information you want. (It's free!)
Login
Opinions about an article or post go here.
Opinions about an article or post
We at Game8 thank you for your support.
In order for us to make the best articles possible, share your corrections, opinions, and thoughts about "List of Characters (Classes) | Is There Character Creation?" with us!
When reporting a problem, please be as specific as possible in providing details such as what conditions the problem occurred under and what kind of effects it had.