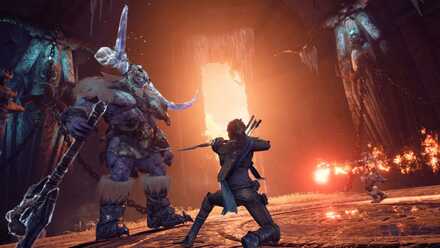 This is a guide for the Best Builds for each character in Dungeons & Dragons: Dark Alliance. Read on to learn about the best gear setups, Feats, Moves, Abilities, as well as how to use each of them efficiently!

When you build Drizzt for damage, attribute-wise, Intelligence and Strength give the most number of bonuses when you stack up the points. Drizzt's Defensive Duelist Ability puts 100% of Dexterity as Armor Bonus. With a high Dexterity stat, Drizzt can also maximize his Improved Critical Hit.

Expertise
The Hunter
The Ranger

This Ability grants Vampiric and Frenzy to Drizzt, If you plan on skipping Short Rests, this is a good alternative to using any Usables.

This Ability inflicts Cursed doubling your damage, it also inflicts Frightened causing the damage of monsters in range of the effect to lessen.

Pack Hunter
The Wolf
The Elk

This ability can be a deciding factor if you are almost down for the count because it scales Wulfgar's damage and armor bonuses based on how many Hit Points he is missing.

Endurance of the Elk

This Ability grants Powerful Strikes to Wulfgar, and Frenzy to himself and his allies. Will come in handy when you play co-op with your friends.

Intelligence also affects the cooldown rate for Abilities. With Catti-brie's Resurrection Ability, you want to keep those cooldown as minimal as possible especially if you plan on playing co-op. Dexterity increases your critical chance and critical damage, which you can abuse using Catti's charged arrows. Strength improves Catti-brie's overall damage output and Combat Power.

This causes a wide AoE attack that temporarily halts the movement of every enemy caught within its range. It also sets up the field for the next ability.

Bruenor's Whirlwind ability is one of his better offensive abilities. You'll want to amplify the Strength of that attack as much as possible while also lowering down it's cooldown with a high Intelligence attribute. As a tank, Bruenor also needs high HP so max out on Contstitution if you can.

This spinning attack when paired with a complete Coldstone Guardian set allows Bruenor to a walking invincible tornado.

This ability can not only deal damage over time to monsters within the range of its AoE, but also grant allies who step inside the AoE an Elemental Fire weapon buff.

Register as a member and get all the information you want. (It's free!)
Login
Opinions about an article or post go here.
Opinions about an article or post
We at Game8 thank you for your support.
In order for us to make the best articles possible, share your corrections, opinions, and thoughts about "Best Builds for Each Character" with us!
When reporting a problem, please be as specific as possible in providing details such as what conditions the problem occurred under and what kind of effects it had.