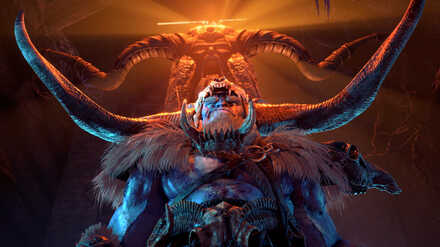 This is a list of all the Bosses for each quest available in Dungeons & Dragons: Dark Alliance. Learn which quest each boss can be found in, as well as tips and recommendations on how to beat them!

You will fight these two bosses at the same time. They are like Goblins and Verbeegs but have more health and damage.

Greags the Ear-lopper, the goblin, will be the quicker of the two but won't deal too much damage in comparison to Ploobo.

Ploobo Bonesucker has slower movements but has a variety of attacks that deal high damage. His attacks are based around being up close to you.

Stonegrinder is a Troll who wears electrically charged armor. This lets him blast out waves of electric attacks from any distance and deal heavy damage.

Garnn and Murdunn are duergar that you'll have to fight simultaneously. Garnn has regenerative armor and uses a sword and shield and is dangerous at close range. Murdunn is a caster who will prefer to fire spells at you from a distance but will have no armor.

Slugvogg is quite tanky, but otherwise his attack style remains the same as other Verbeegs - slow movements but heavy damage. He will have a few new abilities to look out for.

Vrogulb Frostgrip is a Goblin Booyahg who will cast spells at you from a distance. To prevent you from reaching him, he will be protected by two tanky bosses that you'll also have to fight, Icebiter and Nelgland The Slurper.

Icebiter is a Troll who primarily uses ice or frost abilities in combat. He'll have fairly quick movement despite his size and will try to get near you.

Nelgand will have the usual moveset of a Verbeeg. He'll be slow in combat but can deal heavy damage.

Emperor Hamboog is a Goblin Booyahg who can cast strong spells from any range. For the first phase of the fight, he will be protected by a force field. You'll have to kill his four generals - Gorn the Disheveled, Kroolpee the Putrid, Burchazz the Nimble, Knox the Pain Lover - to break it. You will then fight Emperor Hamboog in the second phase.

How to Beat Emperor Hamboog

Just like other Verbeegs, Gutnir Widebelly has slow movements but can deal heavy damage. He also has the same attacks and abilities as other Verbeegs so utilize your prior knowledge on them for this fight.

Thurn Dreamreader is a Duergar that can deal damage from any range. He has fairly low health so it could be a quick fight. Just be aware of his swift movements and spells.
How to Beat Thurn Dreamreader

The Chef possesses many of the same moveset as other Verbeegs, but he has more health and his abilities are imbued with Flames so extra caution is needed. The combat area's fire hazards must also be taken into account, as one wrong step into the flames could lead to your demise.
How to Beat The Chef

The Order of the Light Bosses

Skornn Soulreaver is a Frost Giant who wields an axe and can deal heavy damage. However, his massive size means his moves are very slow and easy to dodge. Evade his attacks well and you'll be able to defeat him handily.
How to Beat Skornn Soulreaver

Kronus Seven Scars is a Cultist who can attack you from any range with his spells but has a fairly low healthpool. Be precise when attacking him and be aware of his positioning since he can dodge your abilities. He will be joined by fellow Cultists that you'll also have to defeat.

How to Beat Kronus Seven Scars

Akar Kessell is a Cultist who can cast a variety of lethal spells from any range. He must be defeated five times because he has the ability to resurrect.

How to Beat Akar Kessell

The Mask of Kelvin Bosses

The Husk of Torult Dragonbane

The Husk of Torult Dragonbane is a stronger version of the Frost Giants, but a bit slower when compared to them. You start of fighting him with powerful mobs surrounding him, notably some wraiths. Dodge his slow attacks and go on the attack while there is an opening.

How to Beat The Husk of Torult Dragonbane

This boss is a stronger version of the Ice Giant enemy type. A large lumbering opponent with powerful attacks. Dodge his attacks and take advantage of its slow speed to beat this boss!

How to Beat Kvorn the Gatekeeper

How to Beat Kelvin

This boss is a stronger Mage Cultist type enemy. He will have the same moves as the normal mage cultist but with much more health and damage.

How to Beat Arim the Bonescribe

Fenji Coldeye will have the same attack patterns and behavior as other Frost Giants that you have come across, but will be stronger and will have a tough posse surrounding him.

How to Beat Fenji Coldeye

Hagedorn is a unique boss, that has no other monsters like it in the game. It is a Beholder that can have both close-range and long-range attacks. As a Beholder, it has powerful magic attacks that can make this battle a tough fight.

How to Beat Hagedorn

Narf Twelvefingers is a goblin that shouldn't pose much of a threat if he was by himself. Unfortunately, he will not be alone in this fight. Taking out the rest of the enemies before dealing with him will give you the easiest time to defeat him.

How to Beat Narf Twelvefingers

Bjorn, The Hewer of the Judged

Bjorn is a stronger version of Frost Giants. What makes this fight more difficult is having to deal with the Judged Spirit Wraith that can inflict Cursed on your characters. There is also frost environment hazard scattered around the arena, further making this fight a challenge.

How to Beat jorn, The Hewer of the Judged

Icewind is a fearsome dragon that deals tons of damage with her attacks. Cold and ferocious, she will smash, bite, and freeze anybody who opposes her. With a dragon as your opponent, you are going to need to use the ballista in the arena to be able to deal with her.

How to Beat Icewind

Register as a member and get all the information you want. (It's free!)
Login
Opinions about an article or post go here.
Opinions about an article or post
We at Game8 thank you for your support.
In order for us to make the best articles possible, share your corrections, opinions, and thoughts about "List of All Bosses | Boss Battle Guides" with us!
When reporting a problem, please be as specific as possible in providing details such as what conditions the problem occurred under and what kind of effects it had.