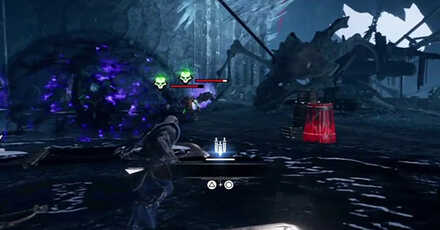 This guide is all about performing a Team Attack in D&D: Dark Alliance. Read on to know more how to Perform Team Attacks for each characters.

What is a Team Attack

Team Attack lets your party perform a special move that deals a lot of damage to your opponents. It only triggers if a certain condition is met.

Take note as Team Attack is only available during Co-op play.

How to Perform a Team Attack

Performing a Team Attack requires the player to either parry an enemy attack or if the condition are met to do so for each characters.

Parrying an enemy attack will let your party perform a Team Attack, regardless of which character you are using. This is the easiest and most consistent way to trigger a Team Attack if you are not using Catti-Brie.

How to Trigger per Character

Performing a backstab triggers the Team Attack for the party. This could easily be done by using Drizzt's blink and then moving behind enemie or if you use your dash into a light attack to prompt the backstab execution.

Killing a monster using an aimed arrow shot will let your party perform a Team Attack. Make sure you communicate with your party so they allow you to last hit the enemies.

How to Perform Executions

In order for us to make the best articles possible, share your corrections, opinions, and thoughts about 「How to Perform Team Attacks | Dungeons & Dragons: Dark Alliance」 with us!