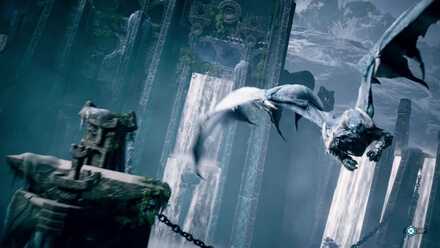 This is a strategy guide for beating Icewind, a boss in Dungeons & Dragons: Dark Alliance. Learn about Icewind's attack patterns, weaknesses, and tips and strategies for defeating them.

Icewind is a fearsome dragon that deals tons of damage with her attacks. Cold and ferocious, she will smash, bite, and freeze anybody who opposes her. With a dragon as your opponent, you are going to need to use the ballista in the arena to be able to deal with her. 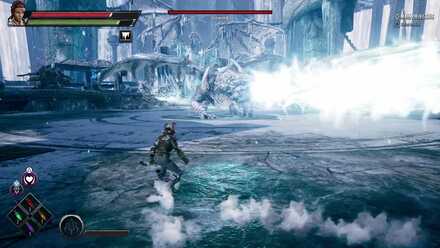 Icewind breathes a beam of frost at the player. This attack is one of Icewind's long-range attacks that can deal a ton of damage from afar. She will use this attack when the player is farther from her. This attack is blockable, but will still deal chip damage and can even kill you. Your best bet is to dodge away from the frosts breath and get in close to Icewind. 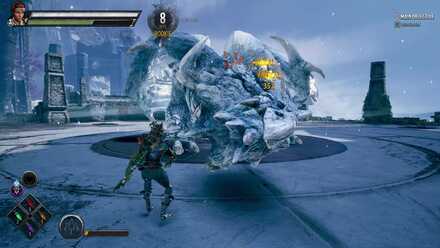 Icewind snaps and bites in front of her. She will only use this attack when the player is close enough to her. This attack is fast and powerful and can take you out in one hit. But the upside is that it is a blockable attack. 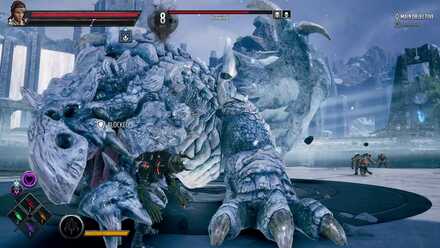 Icewind slams her claws into the ground, strong enough to deal damage in the area surrounding it. This is another of her close-ranged attacks that is pretty quick and is blockable. This attack can be tricky as you can end up getting hit by it even if it looks like you are out of its range. Blocking even if you are not directly in the way of the attack will make sure you don’t get hit. 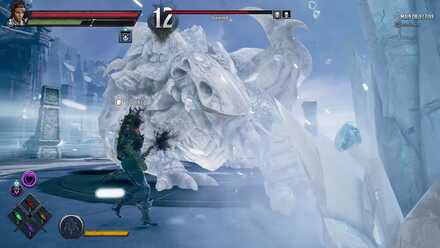 Icewind covers her claws in the power of frost and slams them into the ground, summoning pillars of ice in front of her. A powerful attack that deals a lot of damage if hit directly. The start-up of the attack can look similar to the normal claw slam, but her claws will be glowing. 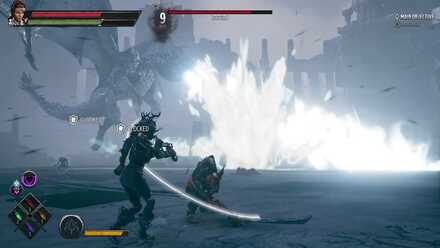 After hitting Icewind with a ballista, she will fly off into the sky, after a short while she will reappear and breathes frost in a line towards the ballista. This attack is powerful and can take you out in one hit, but is easy to avoid as long as you do not stand in the middle of the arena in front of the last ballista used. 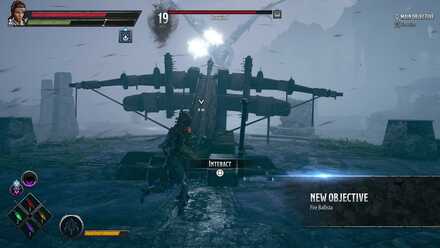 When you deal enough damage to Icewind she will start hovering over the arena and become immune to damage. While in this form she will continuesly fire balls of frost at the player. Hitting her with a ballista is the only way to stop her.

Block when Close to Icewind 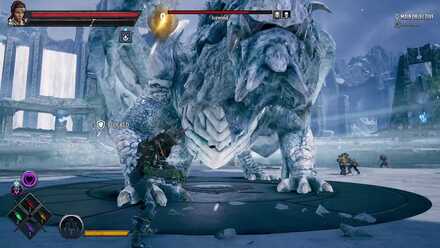 Icewind has powerful close-range attacks that are quick and can be hard to avoid by dodging. Blocking is your best bet when it comes to fighting up close with Icewind. Even when you are on the offense, pause in between attacks to make sure you block her fast and hard hitting melee attacks.

Use the Ballistas as Cover 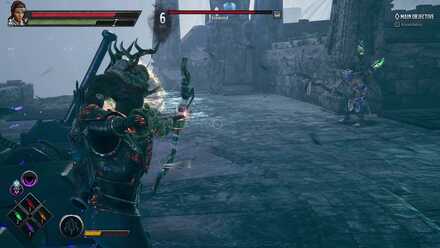 When fighting the minions surrounding the ballista, Icewind fires Frost Blasts at you. The frost blasts can make it tough to focus on the minions. To make the fight easier, you can stand behind the ballista for cover against the blasts. 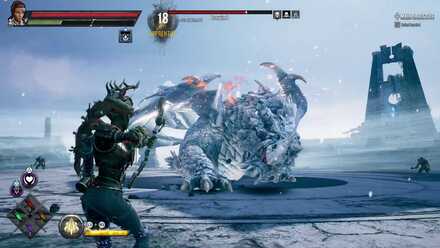 Stay Away from the Ballista After Firing 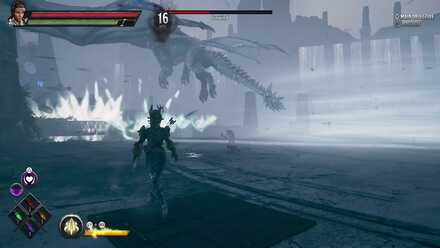 Her flying Frost Breath is one of her strongest and fastest attacks. Icewind can appear suddenly from the sky and deal a ton of damage in a straight line in front of the ballista that was last used. Not being aware of this can get you killed instantly.

In order for us to make the best articles possible, share your corrections, opinions, and thoughts about 「How to Beat Icewind | Boss Fight Guide | Dungeons & Dragons: Dark Alliance」 with us!