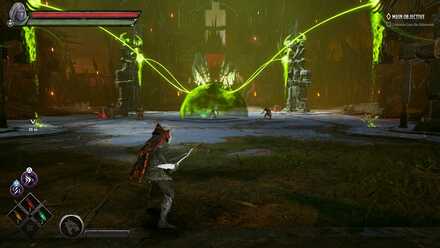 This is a strategy guide for beating Emperor Hamboog, a boss in Dungeons & Dragons: Dark Alliance. Learn about Emperor Hamboog's attack patterns, weaknesses, and tips and strategies for defeating them.

Emperor Hamboog is a Goblin Booyahg who can cast strong spells from any range. For the first phase of the fight, he will be protected by a force field. You'll have to kill his four generals - Gorn the Disheveled, Kroolpee the Putrid, Burchazz the Nimble, Knox the Pain Lover - to break it. You will then fight Emperor Hamboog in the second phase. 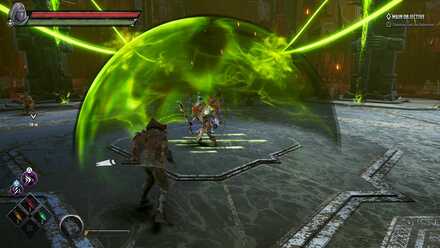 Once you enter the combat area, Emperor Hamboog casts a force field that you can't penetrate until you kill his four generals. They can each be found at one of the four pole structures there. They'll have high health but won't possess any special moves. Kill all of them to break the shield. 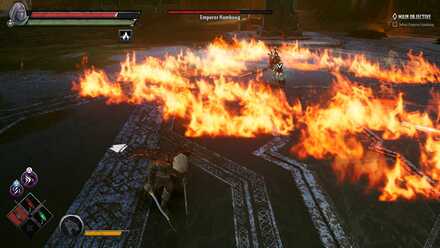 Emperor Hamboog creates an AoE blast of different Elements if you're near him. Dodge backwards to avoid this. 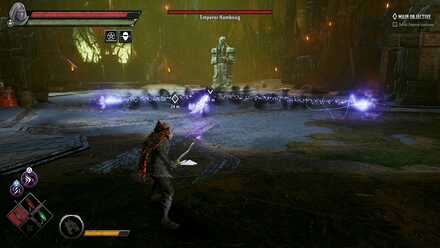 Emperor Hamboog fires off three spell bolts at once if you're far from him. The spell's Element will differ each time. The three three shots will cover an arc so dodge to the side to avoid this. 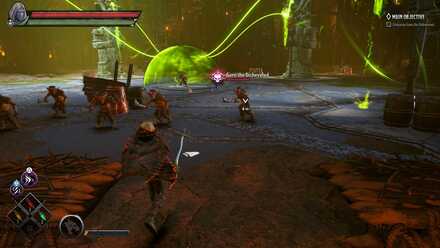 Aside from the generals, there will also be other Goblin minions in the area. You can just ignore these minions since defeating the Generals will also automatically kill the minions. If there are still some left when you're to fight Emperor Hamboog, prioritize them so that there won't be any interruptions during combat. 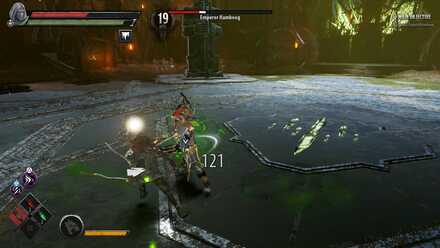 Emperor Hamboog won't have any real way to defend himself from combos once he's isolated. Just constantly attack him and you'll be able to keep him from using his spells for majority of the fight. Use Fierce Attacks to knock him down and get a couple free hits too. 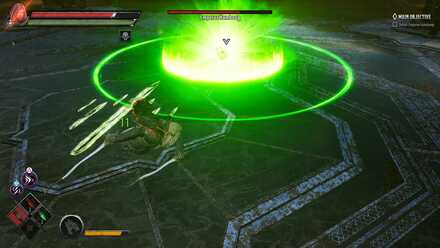 Blocking won't be much help here since spells like Poison can still damage you over time. He takes a while to cast his spells so just be prepared to dodge and you'll win this battle.

Register as a member and get all the information you want. (It's free!)
Login
Opinions about an article or post go here.
Opinions about an article or post
We at Game8 thank you for your support.
In order for us to make the best articles possible, share your corrections, opinions, and thoughts about "How to Beat Emperor Hamboog | Boss Fight Guide" with us!
When reporting a problem, please be as specific as possible in providing details such as what conditions the problem occurred under and what kind of effects it had.