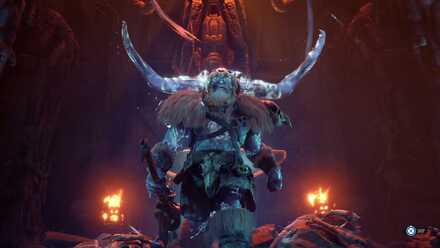 This is a strategy guide for beating Kelvin, a boss in Dungeons & Dragons: Dark Alliance. Learn about Kelvin's attack patterns, weaknesses, and tips and strategies for defeating them. 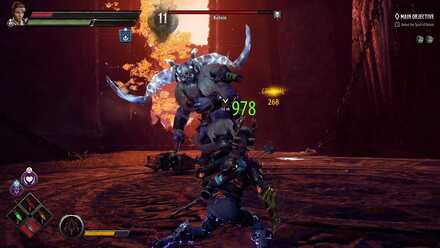 Kelvin drops his ax in front of him and charges forward, once he stops he will slam his ax into the ground, dealing massive damage. The initial damage from the charge will not be lethal if you have enough health but will make the ax slam have a better chance of hitting. Make sure you avoid the charge for the best chance of avoiding the slam part of the move. Can sometimes be followed up with an Ax Smash right after. 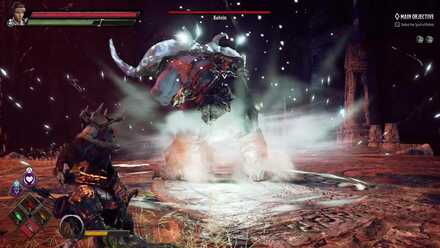 Kelvin smashes his ax into the ground with both hands with frost releasing around him. This attack is usually done as a follow-up to the Ax Charge. Can deal lethal damage if you are hit. 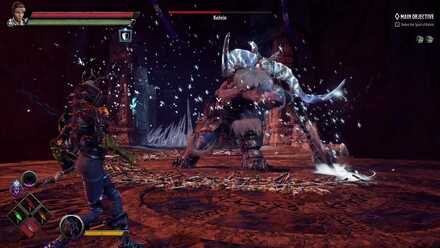 Kelvin swings his ax in front of him, dealing damage upon hit. Unlike other Frost Giants, you don't have to worry about a secondary frost wave appearing, but the initial hit will be much stronger. 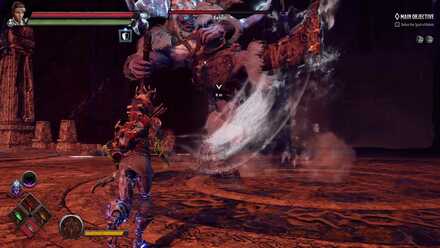 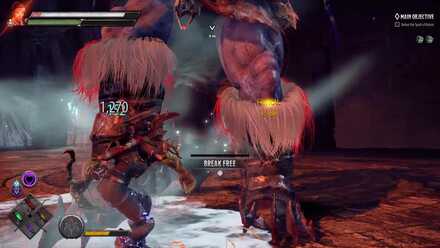 Kelvin covers his foot in frost and stomps down. Kelvin can either stomp once or stomp multiple times in a row. Another move that can appear in a chain of Kelvin moves. This attack is a bit easier to spot and to dodge or block. 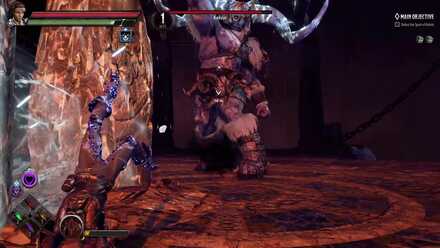 He is Faster than other Frost Giants 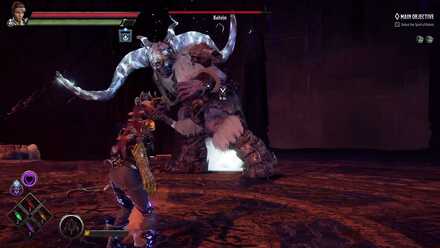 Unlike every other Frost Giant you have fought before, he is a bit faster. He may be still la bit slow, but he still much faster and will have a shorter opening for you to take advantage of. Keep in mind how fast he can be, as it can catch you off guard how fast he can switch from one attack to another attack.

Watch out For Chained Moves 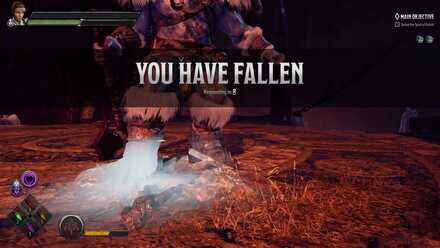 Not only is he faster, but he can also chain some moves together. Having combo or sets of moves will make it tougher for you to avoid. For example, his Ax Charge attack can be followed up with an Ax Smash right after. Make sure to keep an eye out and wait for him to finish his moves to make sure he doesn't catch you by surprise.

Bring him to his Knees 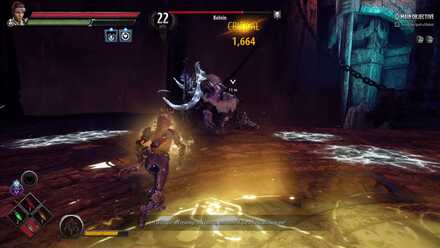 Doing enough damage to him will make him drop to his knees. This is the perfect opportunity to put out all the stops and throw everything at him. Just be careful of the ice pillars he summons while he's downed. They won't be a problem if you remember to avoid them.

In order for us to make the best articles possible, share your corrections, opinions, and thoughts about 「How to Beat Kelvin | Boss Fight Guide | Dungeons & Dragons: Dark Alliance」 with us!