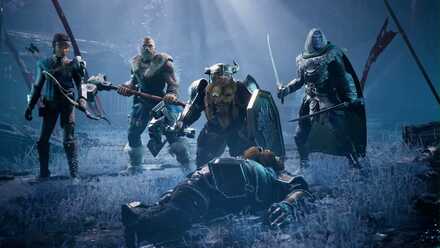 This is our game review for the Dungeons & Dragon: Dark Alliance game for the PS4. We have compiled our thoughts after playing through the game. So, is it worth it? Read on to learn more!

Overall: The total rating of the game. The scores available range from 1-10 with 1 being the lowest and 10 being the highest.

Gameplay: How we rate the gameplay mechanics and systems designed and put in the game.

Art & Graphics: Rating how beautiful the game's graphics are as well as its user interface.

Game Length: The base game's length, replayability, and time needed for 100% completion.

Story: How it can suck you in the game with its narrative and the world.

What Do You Think?

Better than expected! 2
Votes
Good game and got your money's worth! 2
Votes
Was alright. Could have been better. 4
Votes
I think I'll refund it... 5
Votes

Tell us more in detail how you feel and what you thought of the game down below!

Dark Alliance has makings of being a good game with its gameplay but is held back by the issues that plague it. It has slow, clunky, awkward controls, paired up with enemy AI being almost non-existent and their damage being way too high in some difficulties. All of these issues can make this game's combat unfun more times than it is enjoyable. 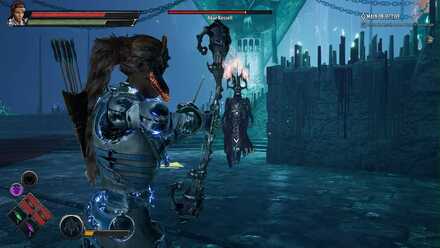 For those of you who expected an RPG game, sorry to be the bearer of bad news, but this game is more action beat-em-up than RPG. It still has some RPG elements like Attributes and abilities.
Is Dark Alliance Open World? 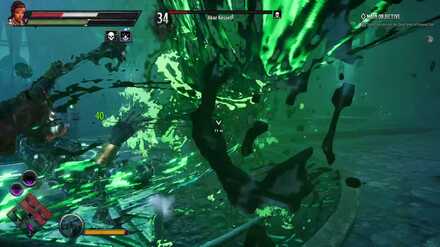 The game uses CR (Challenge Ratings) for the difficulties of each Act. These CR can be chosen by the player before starting an Act, with a recommended CR based on the chosen character’s stats and equipment. The problem is that even when playing the recommended CR solo, it can be too hard, with enemies being damage sponges while being able to kill you in 2-3 hits. This can be frustrating and will require you to play at CR lower than recommended just for you to complete the Act.
Challenge Rating Guide

Gear is more important than skill 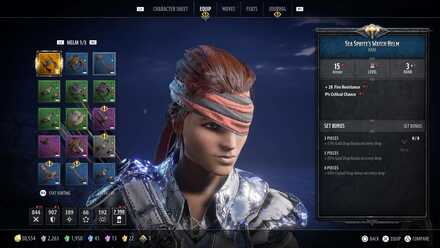 When it comes to the CR in the game, higher CR does not mean more enemies or smarter AI to make the game harder but will increase their health and damage output instead, to the point of being able to one-hit you. Even if you are skilled, a single hit will mean dying right away, requiring you to have better gear to survive and deal enough damage.

Combat is clunky and unpolished 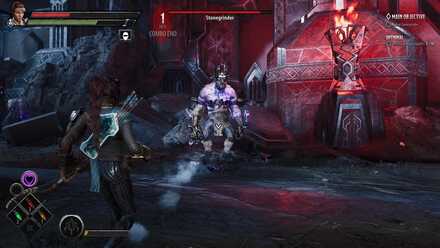 The animations for your attacks can make the game feel clunky and slow, with some animations taking forever and are uncancellable. This can cause some frustrations during combat, as it feels like you don’t have as much control as you would like. With its slow and unresponsive attacks, it can be difficult to dodge enemy attacks in combat.

AI is slow and unintelligent 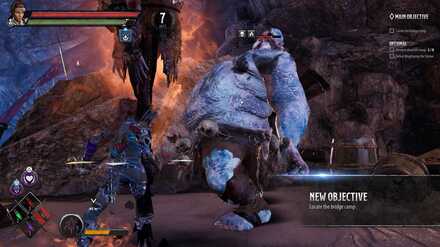 The AI of this game is slow when it comes to detecting the player. You can walk up to them and they will take a few seconds before even reacting to your presence. They can also be easily abused by attacking from a long range or from above or below a ledge. You can also easily lose aggro by running away and they will walk back to where you found them.

The game has beautiful cutscenes that are played before and after Acts that can be quite immersive, making you feel like you are in Forgotten Realms. Unfortunately, there are some issues when it comes to the in-game visuals, with a lack of visual clarity that can affect the combat in negative ways. 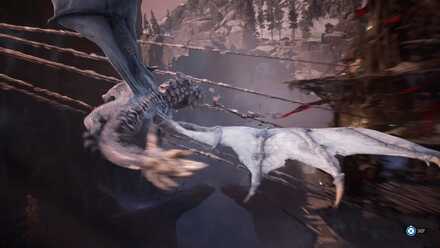 When it comes to setting up the story and setting of the game, the game has well-made cutscenes. They are amazingly animated and help you feel like you are in the Forgotten Realms universe. 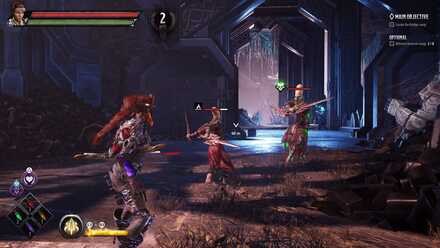 The designs of the characters and enemies lend themselves well to making the setting feel like the Forgotten Realms. The main character’s designs make them fully realized in the game. While for the enemies, the different races and their types/classes are easily telegraphed to the player.

Some particle effects not appearing 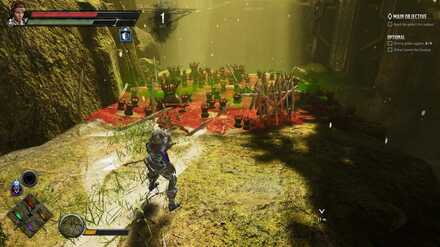 One of the problems when it comes to the game’s visuals is that some effects do not appear in the environment. This can be annoying as some hazards are not clear to you, ending up with you taking damage when it’s not your fault.

7 Quests with 3 acts each 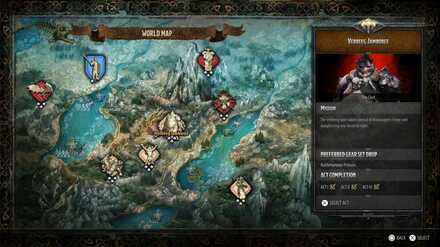 The game has 7 full quests that consist of 3 acts each. After completing the first mission, 3 more unlock and can be done in any order. Once you finish all of those missions, you unlock the first dungeons. Same as the earlier missions, they can be much harder and be quite a challenge. These dungeons unlock one by one.

Acts can take a while 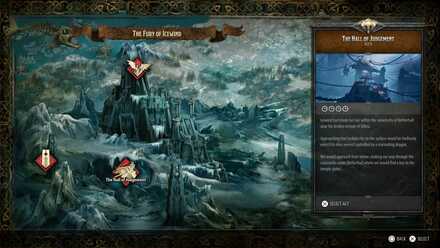 Acts have different lengths that are indicated on the map with clocks. 1 clock being the shortest length and 4 clocks being the longest. But each can still take a while, with 2-3 clock Acts able to take up 30 min - 1 hr or more. Levels can feel the same making it feel like some levels are longer than they actually are, making it feel like a slog to complete.

Lots of side objectives and collectibles 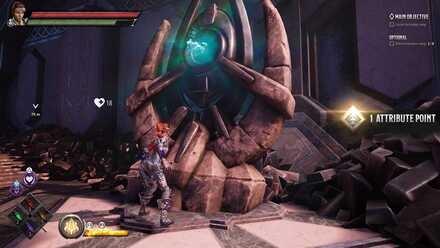 Besides the main objective of the Act, there are also optional side objectives to complete and collectibles to find. These can add to the length of the Act if you think that the main objectives are short. But unfortunately, some of these side objectives are repeated in different Acts and can be difficult to complete as they require you to comb over the entire level sometimes. If you are a completionist, it can add much more time than one would like.

Should You Do Optional Objectives?

The story is not the focus when it comes to this game, with a shallow main story that is sprinkled in with lore and character interactions. Fans of the series that have read the books will find themselves enjoying these, while the player being introduced to the series can still find some enjoyment, they won't be able to fully enjoy the story.

Based on the Forgotten Realms 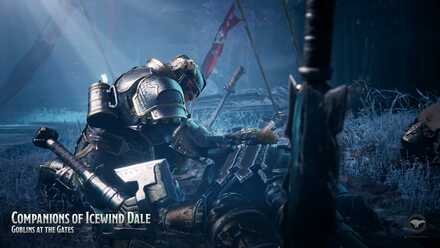 The story is set in the universe of the Forgotten Realms timeline and is set after The Crystal Shard novel. You will appreciate the story the most if you have read the books the game is based on. For those of you who have never read the books, you can still find some enjoyment from the story as you are introduced to the world and characters. The game requiring background knowledge to fully understand and enjoy the story can be seen as a negative for newcomers to the series.

Throughout the game, you can find enemies talking to each other. Listening to their conversation will teach you more about the world and its characters, making it feel more alive than it otherwise would be without these little details. Even your characters will talk about their thoughts and past experiences to each other or themselves.

The cutscenes are a great way of immersing the player into the world, but does not really relay a lot of the story and background of the world. But you can still learn more about it if you wish by finding collectibles around the levels. These collectibles have text you can read in the journal to learn more about characters and the world of the Forgotten Realm!

Is Dungeons & Dragons: Dark Alliance Worth It?

It is not Worth at Full Price 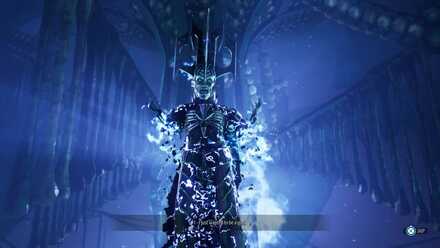 At the moment of writing this, the game is not in the best state it can be in. It has some good ideas in it but poorly executed with bugs and unbalanced gameplay. At the full price of $40 it is tough to recommend, maybe in the future with patches that can fix a lot of the issues, this game can start shining. It is available for free on Game Pass on PC and Xbox. You can try it out with only your time and bandwidth being spent.

In order for us to make the best articles possible, share your corrections, opinions, and thoughts about 「Dark Alliance Review: Is It Worth It? | Dungeons & Dragons: Dark Alliance」 with us!