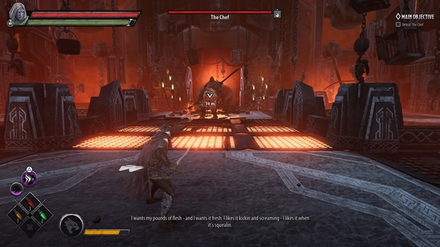 This is a strategy guide for beating The Chef, a boss in Dungeons & Dragons: Dark Alliance. Learn about The Chef's attack patterns, weaknesses, and tips and strategies for defeating them.

The Chef possesses many of the same moveset as other Verbeegs, but he has more health and his abilities are imbued with Flames so extra caution is needed. The combat area's fire hazards must also be taken into account, as one wrong step into the flames could lead to your demise.

The Chef Attacks and Abilities 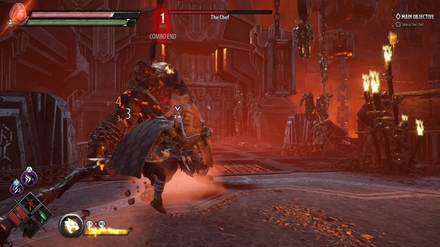 The Chef points and thrusts his spear in your direction. Dodge to the side. 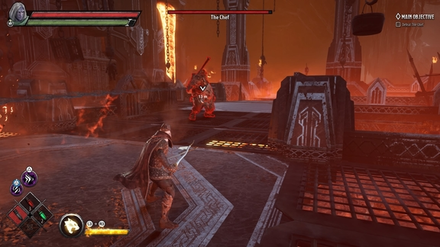 The Chef will throw his spear at you if you're far away from him. If caught, you'll get dragged back to him. You can telegraph when he'll do this since he'll be outlined red. Dodge to the side to avoid this. 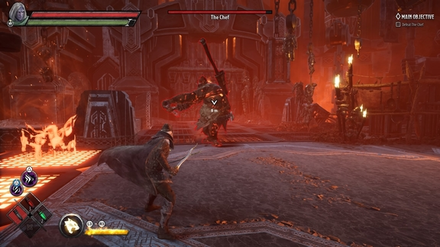 The Chef spins in circles with his spear, damaging and knocking down anyone hit. After a few spins, he ends with a heavy final blow on the ground. He'll be pulling his spear back before starting this move, so be prepared to dodge a lot as there will be a couple of spins. 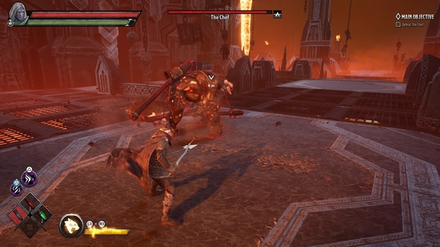 The Chef will lift his arm up then push it down to the ground, causing AoE damage. Dodge in any direction away from him. 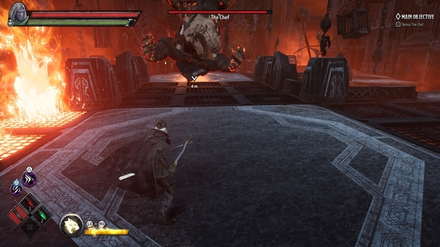 The Chef jumps a great distance, dealing AoE damage to anyone caught in the area where he lands. He'll be outlined red and bending his knees when he's about to do this. Dodge backwards.

Tips & Strategies for Beating The Chef

Use Equipment With Fire Resistance 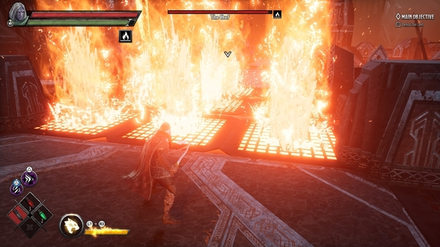 The combat area will be a furnace with flames surrounding almost all sides, making it difficult to avoid them while in the middle of a battling The Chef. That's why equipping the Fire Resistance Set will be a great boost for your survivability since you won't have to worry too much about getting hit by flames.

Be Aware of Your Surroundings 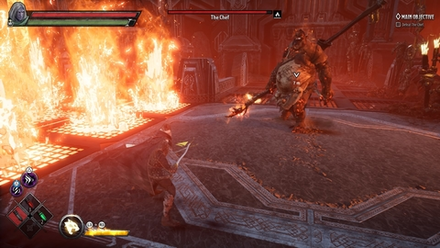 You won't only be monitoring the movements of The Chef. As mentioned in the first tip, the flames in the Act are just as much an enemy as the Boss himself. You need to take note of how near or far you are from them while knowing what abilities The Chef is doing. 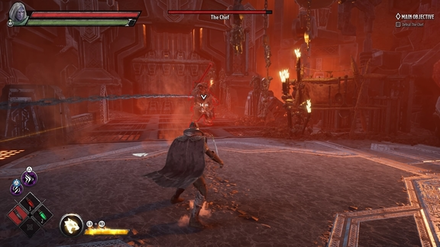 As with other Verbeegs, The Chef will have mostly slow movements. Exploit this by using Evade throughout the fight and dodging in and out of combat. This will allow you to avoid his attacks while dealing as much damage as you can.

Register as a member and get all the information you want. (It's free!)
Login
Opinions about an article or post go here.
Opinions about an article or post
We at Game8 thank you for your support.
In order for us to make the best articles possible, share your corrections, opinions, and thoughts about "How to Beat The Chef | Boss Fight Guide" with us!
When reporting a problem, please be as specific as possible in providing details such as what conditions the problem occurred under and what kind of effects it had.