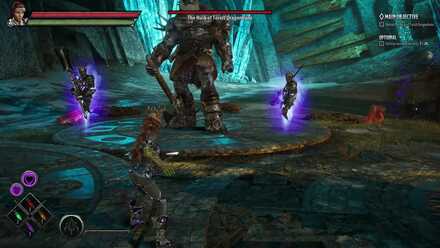 The Husk of Torult Dragonbane is a stronger version of the Frost Giants, but a bit slower when compared to them. You start of fighting him with powerful mobs surrounding him, notably some wraiths. Dodge his slow attacks and go on the attack while there is an opening.

The Husk of Torult Dragonbane Attacks and Abilities 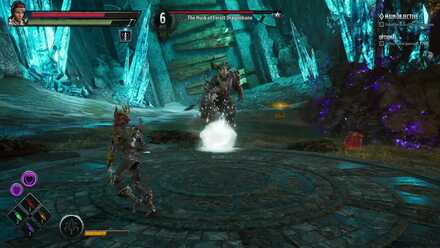 Torult lays down his axe in front of him and charges forward, then smashes his axe into the ground after stopping. The charge of the attack deals less damage but does not deal much damage but will knock you back. Most of the damage of the attack is going to be from the slam after, this can one-hit you if you're not careful! 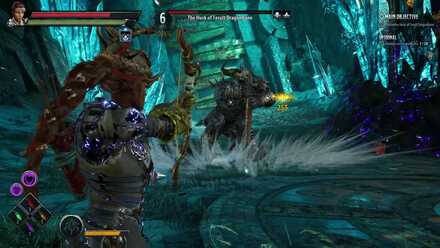 This attack has quite a wind-up animation but can deal heavy damage if you are caught in it. Watch out for him lifting up his axe with both hands, thats the signal to get out of there! Getting hiit by it can be your end if you aren't careful 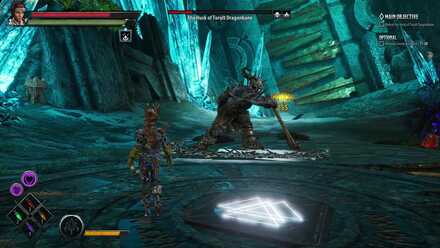 Torult swings his axe in front of him, then after a delay, sharp icicle appear. The initial swing does physical damage with cold damage following up. 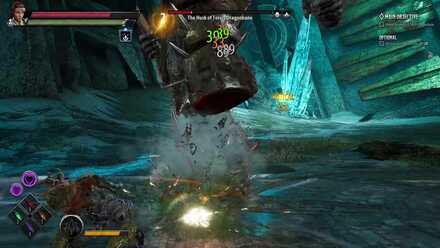 Torult raises his foot and stomps the ground with icicles come out of the ground. This also has a long animation before the stop, making it easy to avoid.

Tips & Strategies for Beating The Husk of Torult Dragonbane

Take out the Wraiths 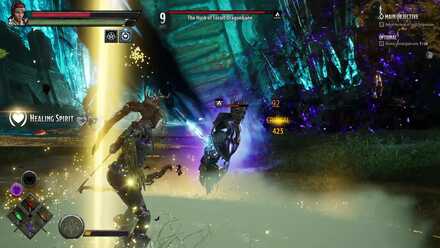 The Wraiths are the deadliest enemies out of all the mobs around him. Dealing with them as soon as possible will make the fight much more easier. 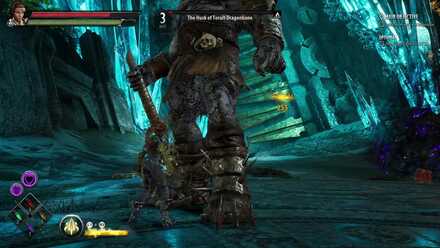 Torult is one of the slowest bosses in the game. Take advantage of how he attacks slowly and keep attack until you see him wind up for an attack.

Turolt deals a lot of cold damage with his attacks, some of them being strong enough to kill you in one hit if caught by it. Grind for the Cold Resistance Set to give you a much better survival chance.

Register as a member and get all the information you want. (It's free!)
Login
Opinions about an article or post go here.
Opinions about an article or post
We at Game8 thank you for your support.
In order for us to make the best articles possible, share your corrections, opinions, and thoughts about "How to Beat The Husk of Torult Dragonbane | Boss Fight Guide" with us!
When reporting a problem, please be as specific as possible in providing details such as what conditions the problem occurred under and what kind of effects it had.