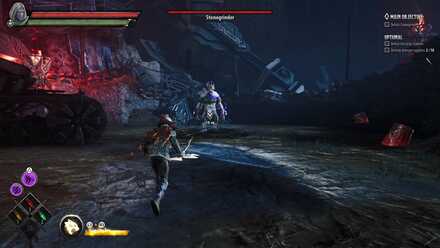 This is a strategy guide for beating Stonegrinder, a boss in Dungeons & Dragons: Dark Alliance. Learn about Stonegrinder's attack patterns, weaknesses, and tips and strategies for defeating them.

Stonegrinder is a Troll who wears electrically charged armor. This lets him blast out waves of electric attacks from any distance and deal heavy damage. 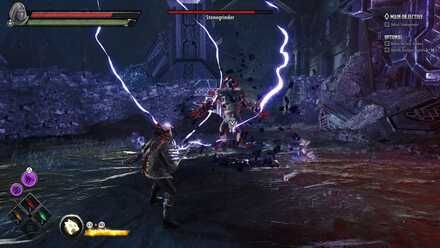 Stonegrinder will cast thunder in the area around him, randomly striking anyone inside the zone. He'll start doing this when he's outlined red. He'll stand straight and stretch his arms out. Dodge away from the area and wait until it's over. He will sometimes get Exhausted after this. 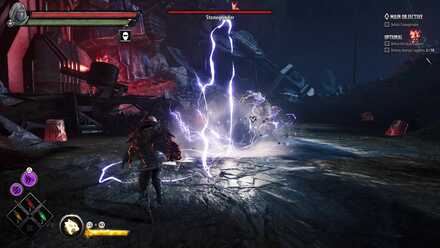 Stonegrinder shoots waves of electricity at you that pop up from the ground. He casts this if you're far from him. He'll be winding his arm back before starting this move. You'll have a short grace period as the electricity travels to you, so anticipate it and keep on dodging to the side until he stops casting. You can also use block this if you have Lightning Resistance. 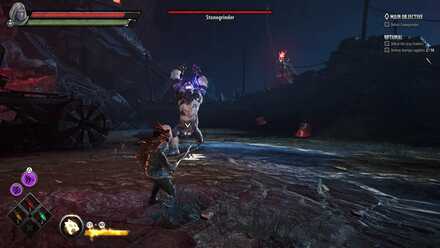 Stonegrinder slams the ground three times, with electric blasts coming up each time. You can get Blinded if hit by this. He'll be raises his arms up together before casting this. Dodge backwards each time he's about to slam as he will be moving forward while using this move. 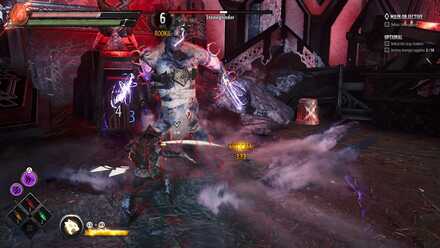 Stonegrinder claws at the ground and slashes at the area in front of him, with electric blasts coming up. This is similar to Ground Slam, except he only slashes once. Just dodge backwards. 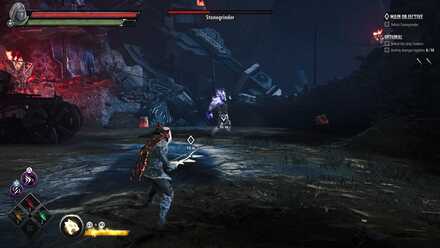 Stay On the Move 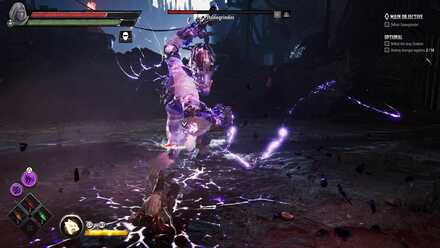 Stonegrinder has a variety of moves for both close and long range, so be ready to use Evade a lot and dodge away from his attacks. Fighting him up close and stationary will be a death sentence since he can use moves like Ground Slam to punish you. Get a couple hits in then back out, then repeat that strategy. 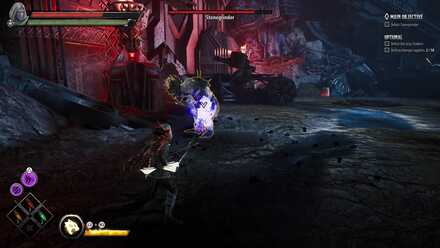 After he uses Zone of Thunder or does a lot of abilities, he will be outlined yellow, a sign that he's Exhausted. At this point, attack him from behind since this ensures an automatic critical hit. 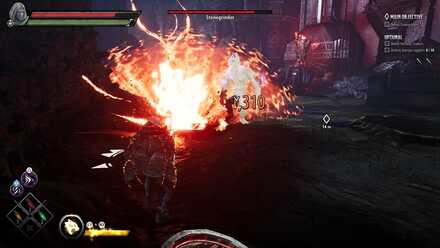 There are explosive barrels scattered around the combat area you can use to your advantage. Try to bait him to go near them and you can deal decent damage.

Register as a member and get all the information you want. (It's free!)
Login
Opinions about an article or post go here.
Opinions about an article or post
We at Game8 thank you for your support.
In order for us to make the best articles possible, share your corrections, opinions, and thoughts about "How to Beat Stonegrinder | Boss Fight Guide" with us!
When reporting a problem, please be as specific as possible in providing details such as what conditions the problem occurred under and what kind of effects it had.