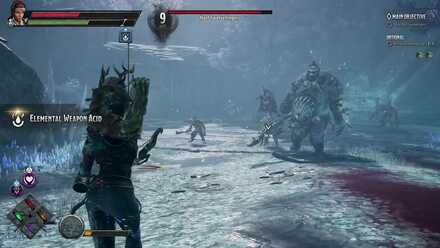 Narf Twelvefingers is a goblin that shouldn't pose much of a threat if he was by himself. Unfortunately, he will not be alone in this fight. Taking out the rest of the enemies before dealing with him will give you the easiest time to defeat him. 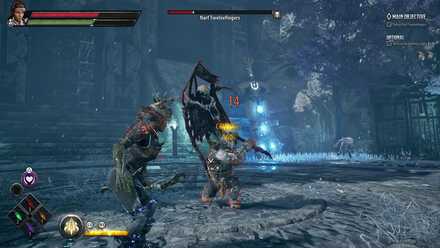 Narf uses his sword to slash at the player. This attack is unblockable and can be trouble if you underestimate it. Because it is unblockable, it is also unparryable. 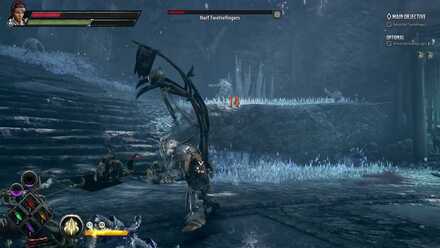 Narf stabs with his sword to deal damage. This attack is blockable and parryable. It is slower and easier to see than the slash, so it is much easier to parry.

Take out the Gnolls First 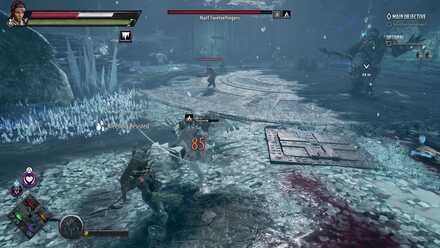 Narf Twelvefingers pose little threat by himself, it is the other enemies that surround him that will make this battle difficult. Focus on taking out the minions first before dealing with Narf, especially defeating the Gnolls first right away.

Dodge his Slashes and Parry his Stabs 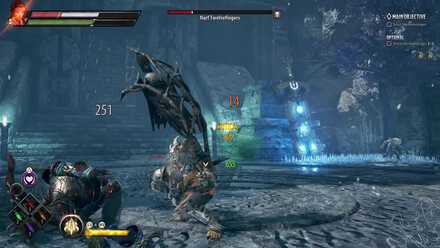 Narf has unblockable slashes, making blocking futile when against him. Whenever you see him go for a slash, it is much better to just dodge. Because this attack is unblockable, it means it is also not parryable. Even if Narf's slashes are unblockable, his stabs aren't. His stab attack is slower and easier to see, making parrying a viable tactic to help you counter his attacks. 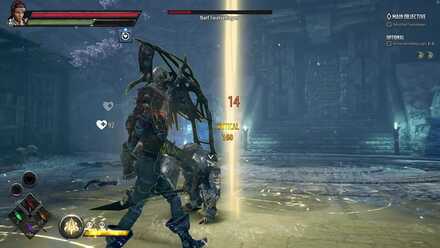 After Narf has made a number of attacks, he will get exhausted, giving him a yellow highlight. This is when he is the most vulnerable and will not be able to take action for a few seconds.

Register as a member and get all the information you want. (It's free!)
Login
Opinions about an article or post go here.
Opinions about an article or post
We at Game8 thank you for your support.
In order for us to make the best articles possible, share your corrections, opinions, and thoughts about "How to Beat Narf Twelvefingers | Boss Fight Guide" with us!
When reporting a problem, please be as specific as possible in providing details such as what conditions the problem occurred under and what kind of effects it had.