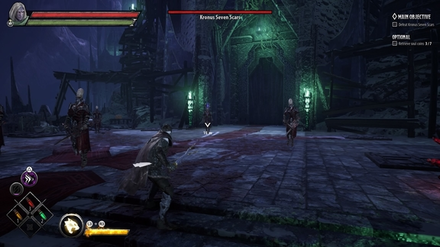 Kronus Seven Scars is a Cultist who can attack you from any range with his spells but has a fairly low healthpool. Be precise when attacking him and be aware of his positioning since he can dodge your abilities. He will be joined by fellow Cultists that you'll also have to defeat. 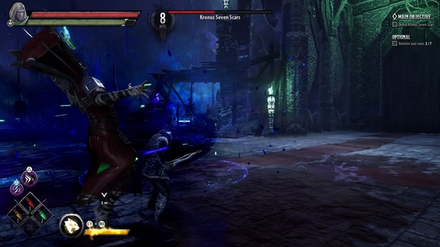 Kronus Seven Scars will teleport behind you. Keep a watchful eye at all directions so you don't get attacked unexpectedly. 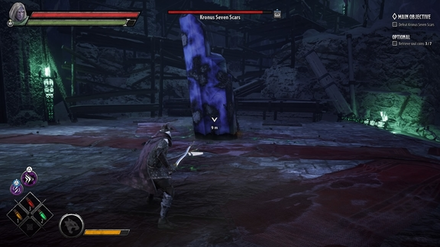 Kronus Seven Scars covers himself with an obelisk, making him immune to damage. After a short time, the obelisk explodes, dealing damage to anybody nearby. Once you see the obelisk form, just stay back. The damage from the obelisk's explosion can be fatal. 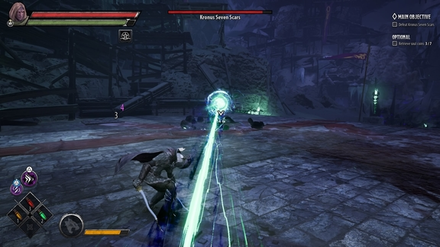 Kronus Seven Scars fires a beam at you. This beam does not deal that much damage but hits multiple times, and becomes a threat when added up together. You can telegraph this attack as he'll be charging it up before casting. Just continuously dodge until he stops casting it. You will get Cursed if hit by this. 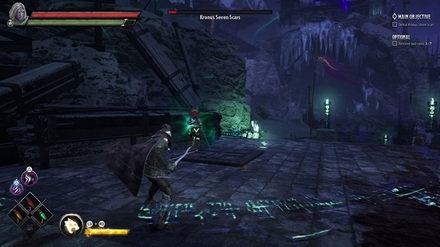 Kronus Seven Scars releases an AoE blast that damages anyone nearby. The AoE will be indicated by markings on the ground. This has a long cast time and you'll see him charging it up, so just dodge out of the area once he starts. You will get Cursed if hit by this. 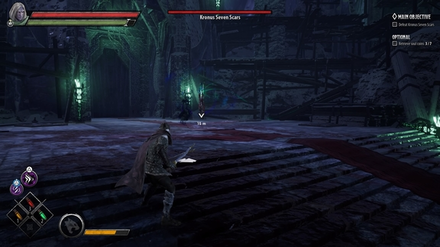 Kronus Seven Scars creates a copy of a Cultist that possesses the same abilities. They should be easy to kill so just take them out if they appear.

Be Aware of your Surroundings 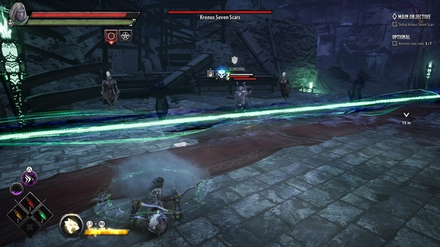 Due to Kronus Seven Scars' teleporting and swift movements, and the fact that he looks like the other Cultists, it can be easy to lose sense of where he is. This is dangerous since at any point he can just start spamming spells at you. Make sure you know where he teleports and always have him in your line of sight. 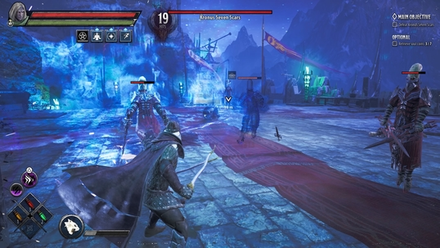 This fight will be a lot easier if you prioritize killing the other Cultists and the Duergar in the area. Their spells will deal a lot of damage and can interrupt your combos and knock you down. You can use AoE abilities to clear them out. Kronus Seven Scars is helpless when left alone so you can attack him freely. 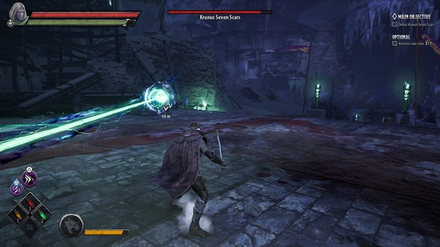 Due to barrage of spells that can be launched by Kronus Seven Scars and his minions, you'll need to make sure that you're dodging and evading throughout the fight. Getting hit by one spell could lead to a domino effect of getting pinned down by more of them. 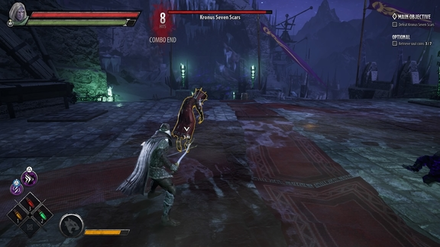 After casting a number of spells, Kronus Seven Scars will become Exhausted, indicated by a yellow outline. Attack him from behind and get a critical strike.

Register as a member and get all the information you want. (It's free!)
Login
Opinions about an article or post go here.
Opinions about an article or post
We at Game8 thank you for your support.
In order for us to make the best articles possible, share your corrections, opinions, and thoughts about "How to Beat Kronus Seven Scars | Boss Fight Guide" with us!
When reporting a problem, please be as specific as possible in providing details such as what conditions the problem occurred under and what kind of effects it had.