★ Struggling with Purity Forest? Check our guide for tips on how to make it through the toughest Dungeon in Mystery Dungeon DX!
・Purity Forest Strategy Guide 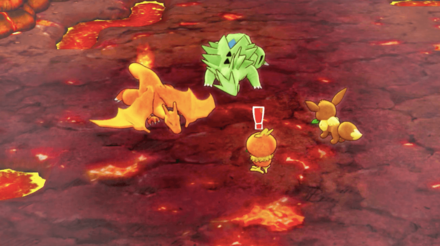 The official Japanese Pokemon Twitter account released information about a game-breaking glitch in Pokemon Mystery Dungeon: Rescue Team DX for Nintendo Switch. We've gathered all info and fixes for the bug, so read on to ensure your can keep playing!

On March 12th, 2020, Pokemon released an official announcement about a glitch in the game Pokemon Mystery Dungeon: Rescue Team DX that caused players to get errors and become unable to continue playing the game.

Currently, there has been no announcement made from the Official American or European Pokemon Twitter accounts, but it is believed that the bug can occur on all versions of the game.

What Kind of Glitch is it?

How Does it Happen?

What does the Glitch Do?

It gives you an error that makes you unable to continue playing,and the game's auto-save feature means that rebooting has no effect on it. You will simply get the error again when you start the game.

For Players Who Already Have the Glitch

A patch will be released to fix the issue, so you will have to download that to fix it.

Your Progress Will be Safe

According to the announcement, your Items and Money won't be lost as a result of the bug, so there should be no lasting effect on your game!

How to Avoid the Glitch

Just avoid removing the third Pokemon from your Party and the error won't occur.

The original announcement has been updated to state that a patch is scheduled for release March 18th, 4:30 AM (EST). This is still just a planned release, but hopefully there won't be any issues.

Register as a member and get all the information you want. (It's free!)
Login
Opinions about an article or post go here.
Opinions about an article or post
We at Game8 thank you for your support.
In order for us to make the best articles possible, share your corrections, opinions, and thoughts about "Game-Breaking Glitch - How to Avoid It and Coming Fix" with us!
When reporting a problem, please be as specific as possible in providing details such as what conditions the problem occurred under and what kind of effects it had.