Who Should You Pull From Dagr: Sun's Radiance? | Fire Emblem Heroes (FEH)

This is a page about the Dagr: Sun's Radiance summoning event in Fire Emblem Heroes (FEH). If you want to know about Dagr and the units appearing in this banner or you are wondering who to pull from this banner, read on!

Who Should You Pull From Dagr: Sun's Radiance? 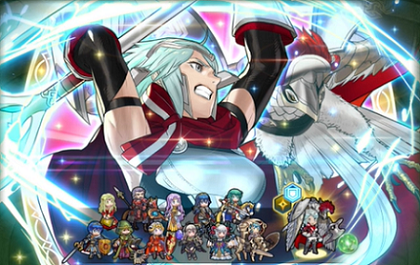 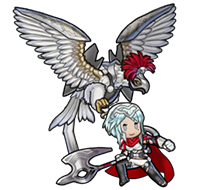 The new Mythical Hero featured in this banner is Dagr: Sun's Radiance.

You can also pull for Legendary Corrin and Bramimond!

Legendary Corrin (F) is a powerful unit that reduces an enemy unit's attack by 30% with her Negating Fang.

Her Primordial Breath also accelerates her Special trigger, as well as giving her Atk/Spd/Def/Res+5 when an enemy unit initiates combat.

Bramimond is also equally powerful, with his Void Tome giving him a guaranteed follow-up attack if his foe is debuffed. He is one of the common units see in Aether Raids defense.

Dagr is a must-pull if you want to unlock that 7th slot in Aether Raids, and is an overall powerful unit.

The other units here are also equally as powerful, with some of them also a common sight in Aether Raids.

Register as a member and get all the information you want. (It's free!)
Login
Opinions about an article or post go here.
Opinions about an article or post
We at Game8 thank you for your support.
In order for us to make the best articles possible, share your corrections, opinions, and thoughts about "Who Should You Pull From Dagr: Sun's Radiance?" with us!
When reporting a problem, please be as specific as possible in providing details such as what conditions the problem occurred under and what kind of effects it had.