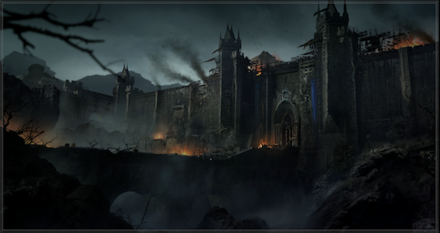 This is the story walkthrough for 1-1: Boletarian Palace in the Demon's Souls Remake (DS) for PS5. Keep reading for maps, tips on how to complete this stage, a list of NPCs, and items that can be found! 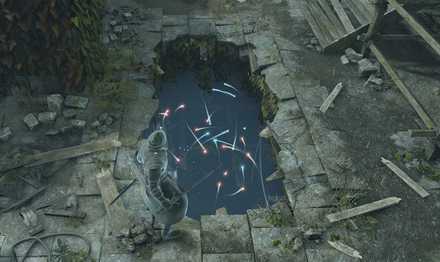 Upon this area lies a large hole that if you fall into, resulsts in an instant death! Instead, put up your shield and approach the enemies in the area slowly to avoid an accidental death.

Entering open doors like this will often result in death if approached carelessly. More often than not, enemies will lie in ambush in places like this. Use your shield then approach slowly to observe the area before making your move. 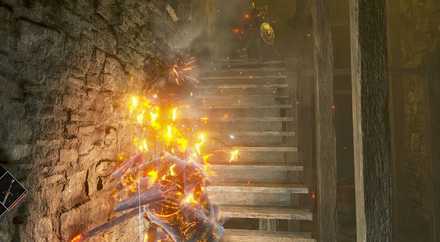 Before reaching the topmost area, the enemy will roll a boulder at you (potentially killing you if hit). 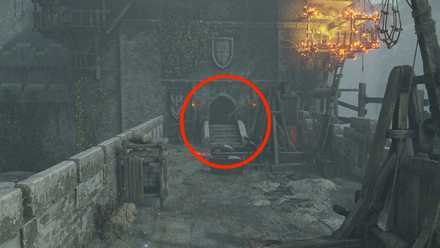 The path leading to a lever that unlocks a shortcut.

Opening the shortcut is a great way to save time if you wish to easily navigate the area. You can also destroy two chains on the way to the depths of the second area to make 2 corpses fall. They can be looted for some nice items. The Cling Ring is also a great to increase your character's survivability. 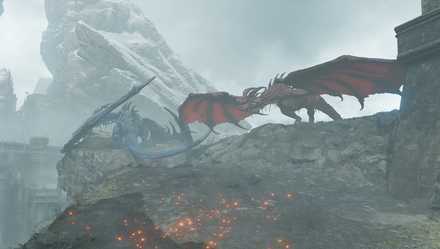 The Dragon's Roost is home to several charred bodies. The dragons will use their breath at anyone that approaches and you're no exception. The dragon will disappear if you change the world's tendency to pure white. The roost is also home to the Ring of Great Strength and the Purple Flame Shield. 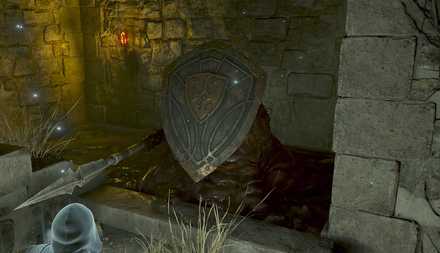 Beware when approaching these creatures. They have a shield in their head(?) and a spear that can easily poke you if you try to fight it upfront. It's weak to fire so use firebombs or roll past it and attack it from behind.

How to Beat Phalanx

Be Careful When Entering Closed Areas

After clearing the starting area and entering the barracks, a Dregling will ambush you from the side. Always be careful when entering areas like this. You can approach slowly and slide the camera sideways to spot enemies hiding on the sides.

Roll Through Barrels to Destroy Them Quickly

Instead of attacking barrels, you can roll through them to quickly get through the minor obstacle instead of wasting time attacking them.

Make Sure to Get the Pine Resin and Some Firebombs

Phalanx (the boss of the area) is extremely weak to fire attacks. Having some firebombs, a Pine Resin, and maybe even some fire spells will greatly aid you in the fight. 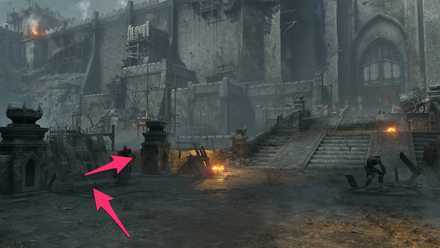 The Executioner's Grounds can only be accessible by having a pure world tendency (either black or white would work). Executioner Miralda in her human or black phantom form can be found here depending on the world tendency and several items can also be looted in the area. 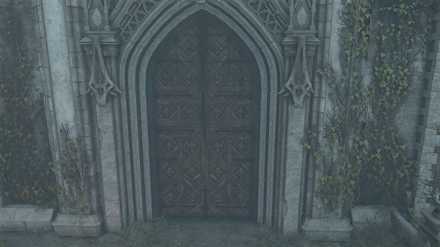 The Mausoleum Key is used to open the door thas is behind the Red Eye Knight on the path near the 2nd Fog Gate. Old King Doran makes his home in this area and his challenge can be completed to gain Demonbrandt which doubles it's damage when you have pure white character tendency. He can also be slain to get the Ancient King's Set and the Eternal Warrior's Ring.

Ostrava can be encountered after entering the second fog. Instead of following the path, jump from the ledge to see him surrounded by a lot of Dreglings. Defeat them to save Ostrava. He can also potentially fall from the enemies so aiding him by clearing the enemies in the area guarantees his survival (for now).

To make Executioner Miralda appear, the World tendency needs to be pure white.

Where to Find Executioner Miralda

The Dregling is your friendly merchant in the entirety of Boletarian Palce. His wares will also prove useful if you still haven't cleared the Phalanx since his items are the only things you can get with souls at this point in time.

Post (0 Comments)
Opinions about an article or post go here.
Opinions about an article or post
We at Game8 thank you for your support.
In order for us to make the best articles possible, share your corrections, opinions, and thoughts about "1-1: Boletarian Palace Story Walkthrough and Map" with us!
When reporting a problem, please be as specific as possible in providing details such as what conditions the problem occurred under and what kind of effects it had.