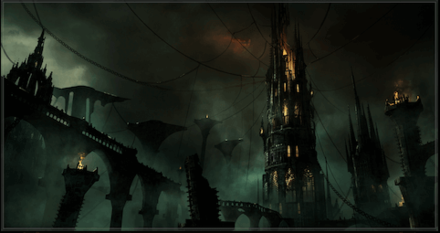 This is the story walkthrough for 3-2: Fool's Idol Archstone in the Demon's Souls Remake (DS) for PS5. Keep reading for maps, tips on how to complete this stage, a list of NPCs, and items that can be found!

The ★ is the Archstone and blue lines represent fog 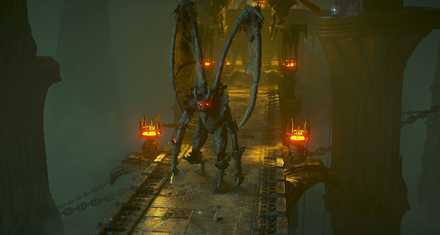 Gargoyles will surprise and assault you constantly on your way through this area. As the paths are narrow, make sure you have a decent sized area to take them on if you choose to fight. Rolling in the wrong direction could spell your doom.

⑤Jump to a Nearby Platform Later On to Find an NPC 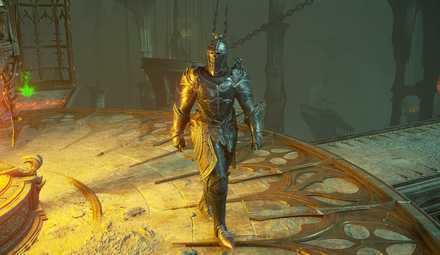 Yurt, the Silent Chief can be found in a cage on your way to the swamp. After saving him, you can take his cage down to the swamp, but be warned that keeping him alive means that each time you defaet a Major Demon, Yurt will kill an NPC in the Nexus, even the important ones. This can really make a run harder if not completely ruin it, so you're best off killing him here and now. 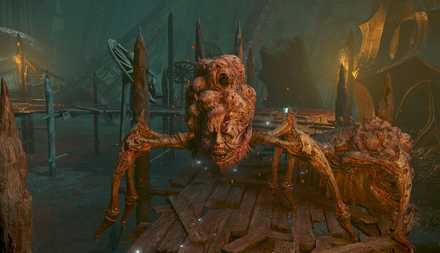 The enemies in the swamp can break your gear when they breath on you. After 2 to 3 hits they can wipe out the durability of most equipment, leaving you defenseless. Try to kill them before this happens or run away.

⑨Don't Get Hit by the Mindflayer Black Phantom's Paralysis Spell 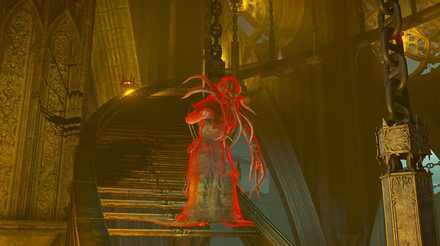 There are two Mindflayer Black Phantoms in the area, and they can be difficult to avoid because of their location on narrow staircases. If you don't dodge the Paralysis Spell, just like normal Mindflayers, they'll grab you and stab you for a huge chunk of damage, possibly even one-shotting lower Soul Level players. Try and backstab them if you can, or go around if there's an opening.

To put things bluntly, this is one of the worst boss arenas in the game and you need to be extra careful. Once you've dealt enough damage to the boss or 1-2 minutes passes, another one will appear with full health to ruin your day.

How to Beat the Maneaters

Watch Your Step or Fall to Your Death

Including the boss area, the majority of this level is a death trap for those with bad footing. Things are pretty dark and the paths are narrow so you may want to up your brightness to have an easier time seeing where your path is.

Avoid fighting the Vermin on the narrow walkways or risk falling. If you get hit just right by a Gargoyle's attack you may get knocked off as well.

Pick Up the Rare Gear

In this level you can find a Moon Short Sword +1 among other things that you should definitely pick up. These can help you in other areas as well so it's worth going out of your way for.

Once you've secured both altars and cut the chains, on your way back you'll see an NPC trapped in a cage. Releasing him will allow you to take the cage down to the swamp.

However, freeing Yurt puts the NPCs in the Nexus at risk. For every demon you defeat, Yurt will kill someone in the Nexus. It is best to kill him now while he is still isolated to prevent losing valuable NPCs like Freke and Patches.

Where to Find Yurt, the Silent Chief

In order for us to make the best articles possible, share your corrections, opinions, and thoughts about 「3-2: Fool's Idol Archstone Story Walkthrough and Map | Demon's Souls Remake」 with us!