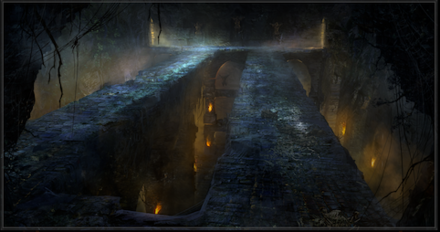 This is the story walkthrough for 4-2: Adjudicator Archstone in the Demon's Souls Remake (DS) for PS5. Keep reading for maps, tips on how to complete this stage, a list of NPCs, and items that can be found!

The Grim Reaper in this area can easily be farmed. Dive into the fray, assassinate the Reaper, kill yourself by jumping off the ledge and repeat. Each run should give you around 5000 souls (without black world tendency) and a single run can be completed in less than 30 seconds. For more sould farming guide, refer to our guide below.

④ The 2 batches of Skeletons 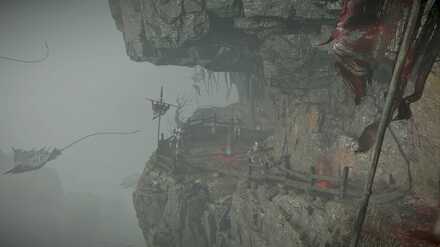 You will trek through narrow pathways then there will be wide areas where the skeletons are stationed. It's not suggested to dive in and fight them while being outnumbered. Lure them one by one then fight them on the narrow path. You can parry them but the safest way is to block their attacks with a shield then counter with attacks. 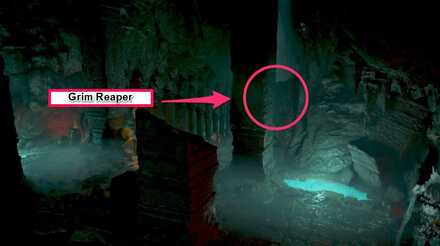 The Grim Reapers on these narrow areas like hiding behind these pillars and other dark places. Memorizing their locations can help ease your future runs since eliminating these reapers eliminates all the ghosts.

The Grim Reapers dispels (or fails to maintain) all the existing souls it has summoned. It has a small HP pool and can easily be taken down in one or two hit.

Use Soul Remains to Distract the Souls

Using Soul Remains will prove useful especially in those narrow areas where the ghosts are positioned directly at the end of the pathway. You are an easy target with their soul laser so using something to distract them can allow you to jump on them and get the kill.

Can be found on the area behind the first Grim Reaper. He'll trap you if you look at the hole. After clearing this event, he'll be a friendly denizen of the Nexus.

Was trapped in the hole by Patches too. You'll meet him after getting pushed by Patches down the pit. Defeating the Black Phantom that's blocking the exit will allow him to return to the Nexus.

Where to Find Saint Urbain

A Black Phantom will block your way out after getting trapped by Patches. It uses the Hiltless which deals damage to itself so you can kill it without even hitting it. Just bait it's attacks and it will fall (albeit, slowly).

Can be found on the entrance of 4-2 just before the 1st Grim Reaper.

Where to Find Graverobber Blige

In order for us to make the best articles possible, share your corrections, opinions, and thoughts about 「4-2: Adjudicator Archstone Story Walkthrough and Map | Demon's Souls Remake」 with us!