How to Beat the Armor Spider | Demon's Souls PS5 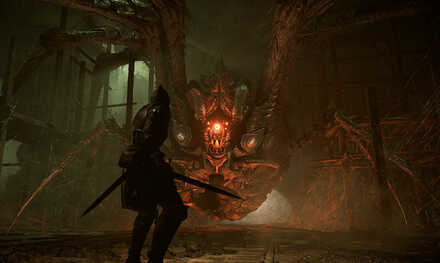 How to Beat the Armor Spider

Get Close and Bait a Slam Attack

After the Armor Spider's slam attack is the biggest opportunity for you to attack. If you get close enough to it you can bait a slam attack. Roll away to dodge the attack, then attack it.

Be Sure to Avoid Web Shots

If the Armor Spider hits you with its web shots, your character will move slowly. You can avoid it by dodge rolling to either side when it is about to shoot webs.

Dash to the Entrance When It Sprays Fire 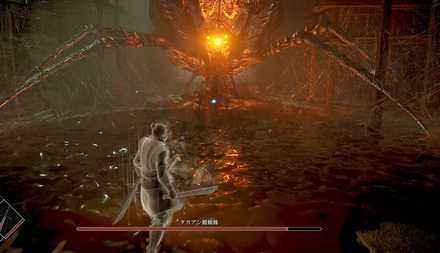 Once the Armor Spider begins to spray fire all over the room, run towards the entrance of the tunnel where it cannot reach you.

The Armor Spider is weak to magic. Buff your weapon with Sticky White Slime in order to deal more damage. If you have a decent amount, keep applying the buff during the battle.

Don't Block Near It

Including the slam, all of the Armor Spider's physical attacks take a large amount of stamina to block. Try to dodge by rolling as much as possible.

When Fighting at a Distance, Increase your Flame Resistance

When fighting at a distance with a bow or magic, we recommend increasing your flame resistance. Prepare by using Water Veil or equipping a ring with fire resistance.

Snipe It From the Right Side of the Entrance

Just after entering the fog, immediately head right then ready your bow until you can see the Armor Spider. From this area, only its web attack will hit you (which deals extremely minimal damage) while you can freely hit it with arrows.

In order for us to make the best articles possible, share your corrections, opinions, and thoughts about 「How to Beat the Armor Spider | Demon's Souls PS5」 with us!