How to Beat the Blue Flying Dragon | Demon's Souls PS5 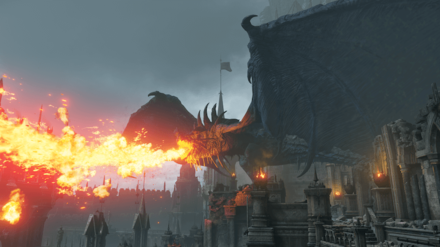 How to Beat the Blue Flying Dragon

Here is one way to defeat the Blue Dragon using Magic!

The guide assumes that you have already saved Biorr in 1-3 and will be here in the fight to distract the dragon. 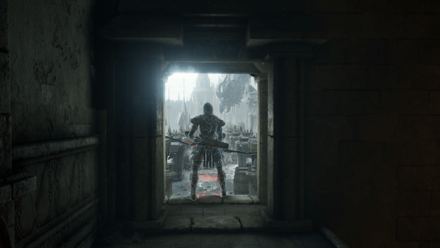 Look For The Ideal Location

If you wish to keep Biorr alive during this battle, it is recommended to take out 50% of the Dragon's health from the doorway where it first breathes fire at you. There will be several Fat Officials on the path. Arrows are the most effective method for this.

There are several places you can actually attempt to kill the Blue Dragon. The most ideal place is the door just beneath it that leads towards the Old King Allant boss fight. Its head can be locked-on in this area while it breathes fire at Biorr.

The Blue Dragon can be poisoned, dealing around 1000 damage in its full duration. This can be done by using Rotten Arrows which can be purchased from the Filthy Old Woman in the Valley of Defilement.

Even better is by poisoning the Dragon with a Kunai. Kunai can be purchased from Graverobber Blige in the Shrine of Storms. This is a reliable way to deal damage over time but is not recommended as the sole item to be used against the dragon due to the insane amount of time it will consume.

Where to Find Graverobber Blige

You'll first want to reduce your HP below 30% before starting the long slog of shooting at the dragon. This is needed to trigger the Morion Blade and the Clever Rat Ring's damage amplification effect. This can be easily done by using the Magic Sword Makoto's self damaging effect until the ring triggers.

Once done, remove the sword and equip the Morion Blade on your off-hand with your bow on your main hand. Two hand the bow and start firing away.

Similar to the bow strategy, you'll want to trigger the Clever Rat's Ring and Morion Blade's effect by using the makoto's self damaging effect.

Once done, lock-on to the dragon's head and keep firing your spells until it falls. Use spices to refill your MP, or if you're not in a rush, equip a Crescent weapon to regenerate your MP slowly. If you do opt to regen your MP using Crescent weapons, that time window can be used to reapply the poison to the dragon if it expires.

Post (0 Comments)
Opinions about an article or post go here.
Opinions about an article or post
We at Game8 thank you for your support.
In order for us to make the best articles possible, share your corrections, opinions, and thoughts about "How to Beat the Blue Flying Dragon" with us!
When reporting a problem, please be as specific as possible in providing details such as what conditions the problem occurred under and what kind of effects it had.